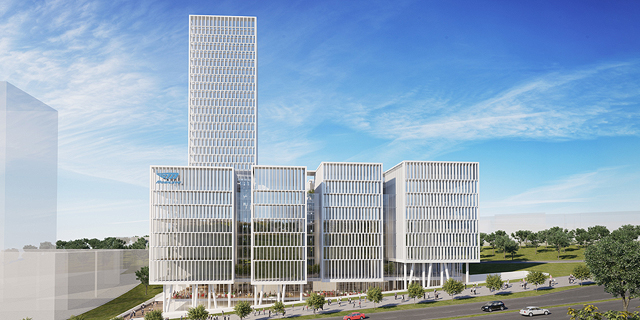 Jerusalem-headquartered automotive chipmaker Mobileye has decided to change its plans for the new campus it is building in Jerusalem’s Har Hotzvim High-Tech Park, announced in 2018. Having originally planned a 30-floor tower in the midst of smaller buildings, the company is now moving on with a plan for nine-floor buildings instead, according to two people familiar with the matter who spoke to Calcalist on condition of anonymity. Mobileye received a digging permit for the site in July 2017 and has already started work on the site, with the official moving-in date set for October 2022. In the original plan submitted by the company, Mobileye asked to set up a 12,000-square-meter campus with four 10-floor buildings and an additional tower 30-floors high, altogether about 135,000 square meters of space intended to house all of the company’s global operations. The project was estimated at NIS 950 million (approximately $254.6 million at the time). Now Mobileye is looking to construct five buildings, each with nine floors, the people familiar with the matter said. 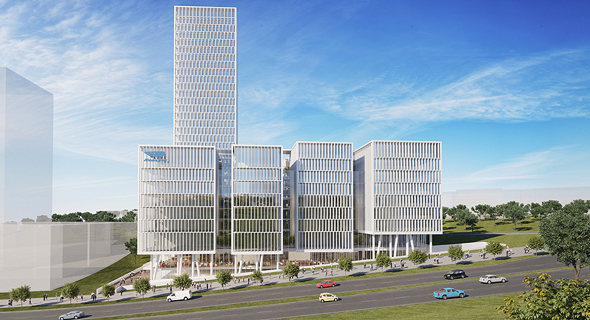 It is unclear why Mobileye has asked, at some point during 2019, to cut 21 floors of the main tower. The city’s legal department allowed Mobileye to submit its amended plan without inviting the lone objector to the plan to attend the meeting, and also granted exceptional permission for some construction space calculations. The amended plan was approved last week after some misgivings of the committee members. Mobileye was acquired in 2017 by Intel for $15.3 billion, one of the biggest deals Israel has seen to date. Its planned campus is one of the most significant building plans Jerusalem has seen in both construction span and future employment potential, which is why the city has thrown its support behind it from the get-go and awarded Mobileye with certain exemptions. Now there are those that worry that it is those exemptions that will ultimately delay the already underway project, for example, if entities objecting to the plan decide to appeal. The licensing route necessary to discuss Mobileye’s permit was decided upon following a professional deliberation by the city, a spokesperson for Jerusalem told Calcalist, adding that the public has the right to appeal any decision made by the local committee.