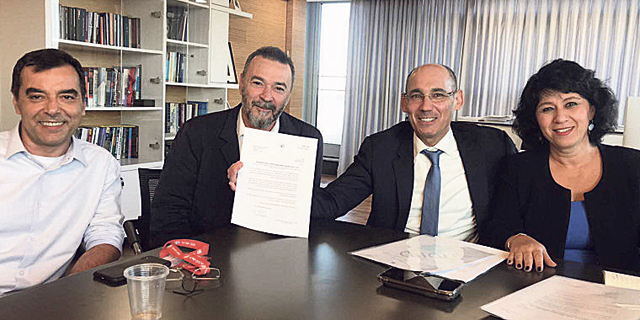 The digital banking venture of Marius Nacht, co-founder of Check Point Software Technologies Ltd., and Amnon Shashua, co-founder and CEO of automotive chipmaker Mobileye, is set to start operations in the second half of 2021, according to a Sunday announcement. Over the weekend, the two informed the Israeli Ministry of Finance and the Bank of Israel that they have finalized their contract with IT company TCS, a member of the TATA Group. TCS will supply the technological infrastructure for the digital bank. Nacht and Shashua invested a joint $60 million in the bank as its controlling shareholders. The rest of the bank’s target equity of $120 million, as was approved by the Bank of Israel, will be raised from private investors in Israel and abroad. The bank is currently staffing its management team and intends to hire dozens of employees by the end of the year.