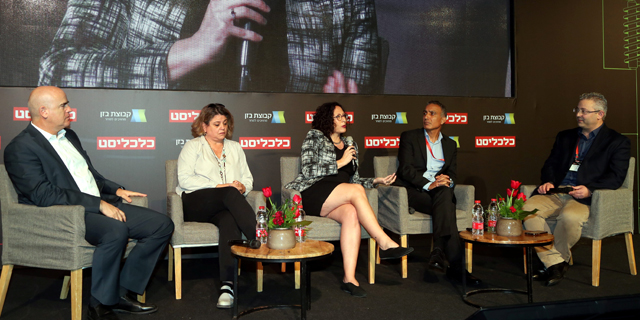 With the Right Regulation, Industry and the Environment can Co-Exist, Says Activist Lawyer

Leehee Goldenberg, ‎director of the economy, natural resources, and environment department at the Israel Union for Environmental Defense, spoke Wednesday at Calcalist's Industry and Economy conference in Tel Aviv

Israel is not doing enough to encourage cleaner industry, according to Leehee Goldenberg, director of the economy, natural resources, and environment department at non-profit organization the Israel Union for Environmental Defense. Goldenberg spoke Wednesday during a panel on the conflict between industry and environmental protection held at Calcalist's Industry and Economy conference, organized in Tel Aviv in collaboration with Israeli oil refining company Bazan Group. The panel was also participated by Eldad Ben-Moshe, the new CEO of Nesher Israel Cement Enterprises Ltd., Israel Lands Authority Director Adiel Shomron, and Dorit Davidovich Banet, co-founder and CEO of nonprofit organization Eilat Eilot International Renewable Energy. Goldenberg said she is both cynical and optimistic about the ability to advance relevant regulation in Israel’s unstable political climate. “The manufacturers association, and the industry as a whole, repeatedly state regulation gets in the way, but at the end of the day it is meant to improve things. If the regulation is right, and there is willingness from the industry, we can reach our goals.” 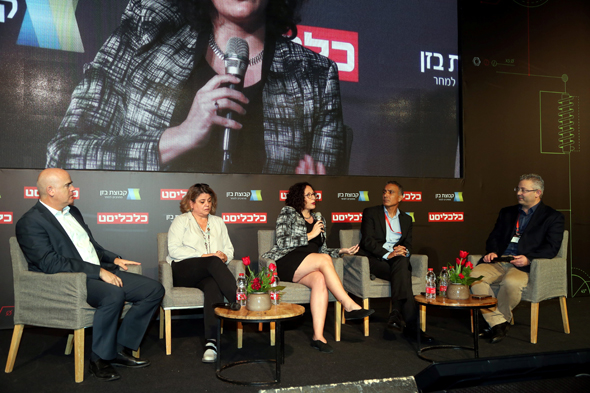 Eilat-Eilot aims to make Israel’s southern Arava region energy-independent and free from fuel and carbon emissions by 2025. The region has been thirsty for development for years, but municipal authorities struggled to build local industry, Davidovich Banet said. “I was lucky enough to be at the right time and in the right place to identify the potential of solar energy in 2004. I saw the space we had, the thirst for employment and new economic growth, and said, let's try it.” In collaboration with local authorities, Eilat-Eilot created a strategic program that is constantly updated, Davidovich Banet said. Currently, she added, they provide 100% of the annual power of Israel’s southernmost town Eilat and up to the Arava intersection, all from renewable energy. Eilat-Eilot also operates a tech incubator and is already integrating some of the technologies developed there into their grid, Davidovich Banet said. “We will also run an economic evaluation of the grid. I want to bring into the debate terms that the economy is not discussing currently. There is the environment, and there is the economy. Few can connect these two things in a quantitative way.” Balance is the word of the hour, according to Shomron. “Regulation is needed to balance the development of cities and the need to conserve nature and open spaces,” he said. The system is very orderly—new construction always goes through a lengthy approval process, including steps that are open to public opposition, he said. “When a plan is approved, it needs to progress. There can not be a situation where a plan we approved is attacked. It eventually creates disorder.” One area that receives a lot of environmental criticism in Israel is quarries. “No one excavates in unsuitable places, but quarries are not a pretty thing and they should be established in a smart, reasonable way,” Shomron said. “There are always economical forces and environmental forces. You need to create a balanced picture.” Goldenberg, on the other hand, said that with excavation, the question is always who ends up paying for the pollution created. “I deal with the Dead Sea, which has been turned into a huge quarry.” What the organization feels about quarries in general, she said, is that the export of these minerals is being prioritized over the health of local residents. Government policy is not doing enough to ameliorate the situation, she said. Ben-Moshe also stressed the importance of balance. “We need to look at the tension between industry and parameters related to climate, emissions, and environmental protection differently,” he said. “In a modern world, we need to talk about the existence of industry alongside sustainability—not just about how to lessen damage to the environment but about how, on a wider level, the industry can contribute.” Regulation is important to that discussion, he said, but when one looks at environmental parameters and the investments made by industrial players, there has already been great progress on environmental issues over the years.