Israeli Kibbutz Afikim and private equity firm Fortissimo Capital are nearing the completion of a deal that will see them sell 50% of jointly held company computerized dairy farm management company Afimilk, incorporated as Afikim Ltd., to New Zealand-based LIC Livestock Improvement International for $70 million. Two people familiar with the matter who spoke to Calcalist about the deal on condition of anonymity. Calcalist first reported on the negotiations in May. LIC has been approached for comment and has yet to respond. 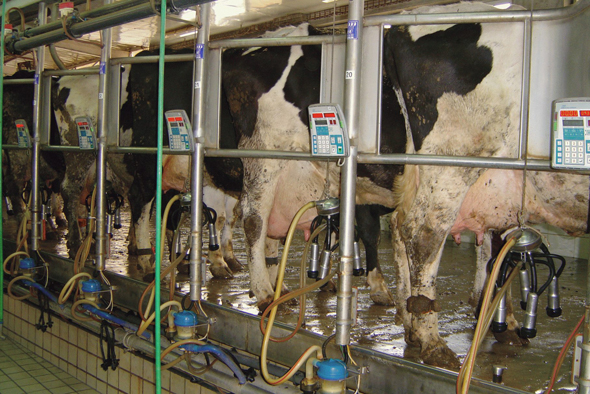 Fortissimo will sell its entire stake, 30.5%, while the kibbutz, which holds the remaining 69.5%, is set to sell 19.5%, leaving the kibbutz and LIC with an equal stake, the people said. LIC, however, will be given the option to increase its stake and acquire control of the company. In May, Calcalist reported the negotiations were being held according to a company value of $110 million for Afimilk. However, following the report, a second entity expressed interest in the company, boosting its valuation to its current $140 million, the people said. Afikim is set to make $28 million (NIS 96 million) off the deal. Fortissimo is set to earn $42 million (approximately NIS 144 million) for its stake. In 2010, the fund paid NIS 40 million (around $10 million at the time) for its stake, according to a then company valuation of NIS 135 million. Including dividends and management fees, Fortissimo is set to see an eightfold return on its investment. Founded in 1977, Afimilk develops and manufactures computerized systems for dairy farming and herd management. The company's flagship product is a leg sensor that can provide real-time reports on an animal's health, helping farmers track factors such as fertility, milk quality, and productivity. The company had an annual turnover of NIS 200 million ($56 million) in 2018, and an EBITDA of NIS 35 million to NIS 38 million ($9.8 million to $10.6 million). Most of Afimilk sales, 95%, are made internationally. LIC is a century-old herd improvement and agri-technology co-operative. While headquartered in Hamilton, a city on New Zealand’s North Island, it has offices in the U.K., Ireland, Australia, Brazil, and the U.S. The co-operative reported sales of $200 million and a net income of around $60 million for fiscal 2019.