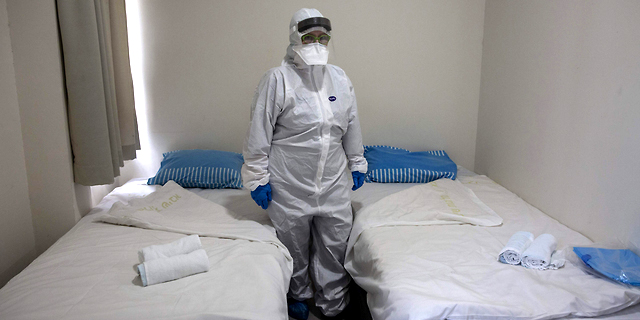 Low public investment in infrastructure and understaffed hospitals will turn wide-spread coronavirus into a domestic nightmare. To flatten the infection curve, Israel is taking steps that may be among the harshest globally, to the displeasure of its finance ministry

The Israeli Ministry of Health is allocating resources for a plan it calls “flattening the coronavirus (Covid-19) infection curve,” after determining that no more action can be taken to stop the virus from spreading in Israel. The main objective: to lessen the burden on the public healthcare system, and especially the inpatient infrastructure, as much as possible. On Wednesday, Israel added France, Germany, Spain, Switzerland, and Austria to the list of barred countries and required all returning citizens to enter self-quarantine retroactively. The government also banned gatherings of over 5,000 people. Currently, the country has 15 identified cases of infection; two have recovered, one is a ninth-grader secluded at home, and the remaining 12 are under hospital quarantine. The Ministry of Finance has criticized the increased measures, and asked Israel’s National Security Council, in charge of coordinating corona-related efforts, to soften the new restrictions in order to lessen the blow to the domestic economy, according to several people who spoke to Calcalist on condition of anonymity. Finance ministry officials have expressed concern that the decisions being made by the health ministry and the council are not taking into account the full economical ramifications, and that the final cost to Israel’s economy will surpass the would-be costs of treating corona infections. 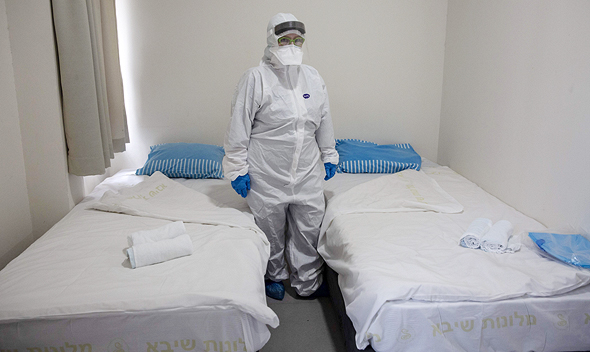 Moshe Bar-Siman-Tov, the director-general of the health ministry, referred to the situation at a Wednesday press conference. “We understand the economic consequences and the damage done to economic activity,” he said. “If we do not take steps the economic ramifications will be worse. Economy and health go hand in hand, and health is half a step ahead.” The ministry is already dealing with fears that the current crisis could severely impact the healthcare system’s operations for the remainder of the year. If a government is not formed soon, the health ministry will continue to operate on a fixed budget, meaning any funds it uses now will come out if its regular budget for the rest of 2020. Israeli Prime Minister Benjamin Netanyahu called the coronavirus crisis “a global pandemic, perhaps one of the most dangerous pandemics in the past century.” At the press conference, he said that Israel is one of the best-prepared countries due to the strict approach he had ordered from the get-go. “We had to take severe steps to slow the spread of infection,” he said. According to finance ministry officials, the economic team under the National Security Council will convene Friday to discuss several possible scenarios for the Israeli economy, based on scenarios created by the health ministry and the council. For that purpose, finance ministry executives are set to meet with representatives from banks, institutional entities, and companies. While the finance ministry stresses that this is currently just part of general preparedness, the uncertainty related to the virus is leading to many scenarios. “A few thousand people are still not a macro event that will impact the entire economy,” one finance ministry official told Calcalist on condition of anonymity. “The question is whether it will stop at that or not.”

The Israeli policy is among the harshest globally, but it is intended to try and lessen as much of the burden as possible on the already overstressed, understaffed, and underfunded domestic healthcare system. According to the OECD’s Health at a Glance 2019 report, Israel’s investment in healthcare infrastructure—from the construction of hospitals and clinics to acquisitions of medical equipment and software—is on average around 0.3% of its gross domestic product (GDP). The OECD average stands at 0.5%. Israeli investment in fixed assets as part of its healthcare expenditure is also low, 4.3% compared to the OECD average of 5.6%.

The number of doctors per 1,000 people in Israel stands at 3.1, compared to the OECD average of 3.5, but Israel is the only developed country to see the number of doctors drop instead of rise in the past decade. The number of nurses per 1,000 people in Israel dropped to 5.1, much lower than the OECD average of 8.8. Israel’s isolated quarantine facilities are numbered; around 100 beds at the Chaim Sheba Medical Center at Tel HaShomer, and another 80 beds at a converted geriatric center in central Israeli town Rishon Lezion, meant only for mild cases. The health ministry is preparing other containment solutions that have yet to be disclosed. But the healthcare system is already prepping for the next phase, when existing facilities will overflow and all hospitals will be required to take in patients. “We are ready to receive corona patients,” the Israel Society of Internal Medicine announced, adding that in recent days the heads of the internal medicine wards at every local hospital have been briefed and started preparations. “We are not worried. We have experience treating patients with sensitivities or ones that need to be in seclusion, as well as complex patients.” The society further stated that around 600 patients are currently hospitalized in seclusion around Israel due to resistant bacterias or contagious diseases such as tuberculosis and that around 3,000 inpatients are currently housed in corridors rather than wards due to over-occupancy. Hospitals are already preparing to expand rotations and call in more internal doctors.

Israel currently has 111 internal medicine wards, with each employing 12 doctors on average—1,300 doctors across the country, a third of them specialists and the rest residents. Each ward has 35 beds on average—with numbers estimated between 3,850 and 3,900 beds nationally. Occupancy surpasses 100% at all seasons, but during the winter months it can reach up to 200%. After the number of beds per 1,000 people in Israel’s general hospitals dropped from 3.3 to 1.8 in recent years, the length of stay in Israel’s internal wards dropped from seven days to four, the shortest duration among OECD countries. The health ministry knows the numbers and knows that as the 600 non-corona quarantine patients cannot be released home, Israel’s capacity to take on coronavirus patients is very limited. As the ministry is not interested in testing the local healthcare system with a crisis, it has decided on a very aggressive effort to monitor cases and on a very aggressive home-quarantine policy. The number of infected people will play a very significant part in the final results: according to the most updated global data, around 17% of infected develop severe enough symptoms to require hospitalization. Based on those numbers, 17 of every 100 patients will need to be hospitalized, meaning containing the number of cases is still a real need even if the virus has already crossed into Israel.