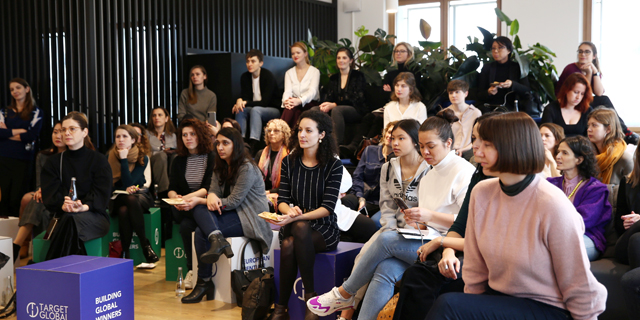 From greater diversity to an emphasis on impact technologies, women who invest can potentially transform the tech industry for the better

Women invest less than men. This is not an opinion, it is a fact. According to data from the Angel Capital Association (ACA), just 22% of angel investors in the U.S. are women. In Europe, the situation is even more dire, with women amounting to just 14% of angel investors in the U.K. and 5% in France, the data shows. A quick search of the online database of Tel Aviv-based non-profit organization Star-Up Nation Central reveals that among dozens of Israeli angel investors, the number of women can be counted on one hand. Additionally, there is only one Israeli angel group composed solely of women.

Suggested explanations for this situation often include the following claims: that women are more careful with their money and startup investments are considered high risk; that women consistently have less capital to invest; that many of the male investors once founded their own companies and are now using their exit money to invest; and that women know less or care less about investments than men. Supporting the last argument is the fact that there are significantly fewer women working in finances and investments than there are men. According to a 2019 survey by the American National Venture Capital Association (NVCA), women account for just 11%-20% of investment partners in American venture capital firms. Women taking a more active role in investment will naturally increase the number of investors as well as the amounts of available capital for startups. As there are currently more startups than available funds, promising startups cannot always find investments to keep them afloat. Furthermore, research indicates investors tend to back those they perceive to be similar to them. While women investors will not necessarily only back women, it is likely they will be more inclined than their male counterparts to invest in women-led startups or in companies with a woman co-founder. According to data from Pitchbook, in 2019, just 2.7% of VC capital was invested in companies with only female founders and 11.8% was invested in companies with both male and female co-founders. The rest of the funds, over 85%, was invested in startups founded solely by men. A 2013 report by the Harvard Business Review established that workforce diversity drives innovation and success. This is also true when it comes to founders and investors. More female investors mean greater diversity and innovation in investments, expanding the range of fields supported by VCs, perhaps the most prominent being femtech, technologies being developed specifically for women. Another element to take into account was presented in a joint 2017 study by ACA and the Wharton School of the University of Pennsylvania: women are twice as likely to strongly consider the social impact of their investment than men, with 33% of women questioned and 16% of men stating so. This means women who invest could have a positive effect on the whole of humanity. Efrat Shuster is a partner at the commercial department of Israeli law firm S. Friedman & Co. and invests in startups through women-only Israeli angel investor club NEOME.