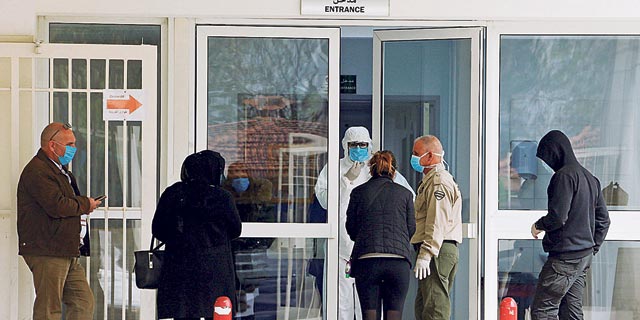 While Israel has yet to announce the complete lockdown China enforced when the first infection cases started popping up in Wuhan, it seems to be taking a leaf from China and SARS-veterans like South Korea on another front: digital tracking and monitoring

As the number of coronavirus (Covid-19) cases in Israel continues to climb, Israel has announced stricter restrictions such as limiting gatherings to up to 10 people and shutting down all educational institutions, further advising people to work from home, avoid public transportation, and keep a 2-meter distance from one another. All these measures are intended to achieve one thing: flatten the infection curve and limit the spread of the virus in Israel as much as possible to relieve the burden on the healthcare system. While Israel has yet to announce the complete lockdown China enforced when the first infection cases started popping up in Wuhan, the largest city in the Chinese Hubei province, it seems to be taking a leaf from China and from SARS-veterans like South Korea on another front: digital tracking and monitoring.

“The aim is to save lives,” Prime Minister Benjamin Netanyahu said in a press conference Saturday, urging citizens to abide by the restrictions and do anything in their power to avoid spreading the infection. “The enemy is invisible and we want to detect it. First, we need to identify those that are sick and we operate every tool we have, including digital tools we obtained to fight terrorism.” The government does not have a choice on the matter, Netanyahu said. “We are facing a war that demands unique steps, steps that are not simple and it requires some invasion of privacy. This measure was trialed in Wuhan and Israel is one of the only countries that have this ability—and we will use it.” Monitoring tools such as those Netanyahu mentioned have been employed in countries such as China and South Korea to help contain the virus. Last week, South Korea announced it would escalate its monitoring with a government-developed smart city system that will utilize data such as surveillance camera footage and credit card transactions to trace patient movements. Taiwan is tracking people via sim cards and through its many containment measures has managed to slow down the spread admirably, though officials warn communal contagion is only a matter of time.

While growing anxiety about the virus means people are at least somewhat adhering to restrictions—use of public transportation has dropped by 30% in recent days—there are those who warn of the new measures announced Sunday. Israeli lawyer Jonathan Klinger, who serves as a legal advisor for non-profit organization the Digital Rights Movement, told Israeli news outlet Ynet Saturday that while such cellular monitoring measures are legal in Israel, collecting information on those who are suspected of violating quarantine laws requires a warrant from a judge—but that such warrants require reasonable suspicion and that he hopes no judge will agree to act as a rubber stamp on the issue. Verizon senior developer and activist hacker Ran Bar-Zik and the president of the Israel Internet Association, Karine Nahon, tweeted similar sentiments, and Nitzan Horowitz, leader of left-wing party Meretz, petitioned the Attorney General of Israel, asking no such measures will be enacted until a dedicated parliamentary committee is established to oversee it.