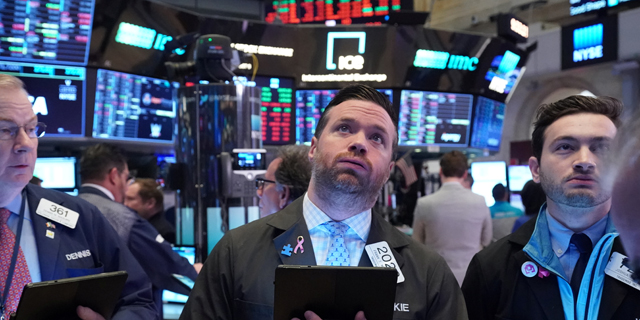 From Feast to Famine: a Glimmer of Hope on the Way to the Bottom

Covid-19 has yet to complete its assault on the world’s stock exchanges, but Asia has already proven the virus can be overcome, and even U.S. President Donald Trump has woken up to the threat. And investors? Now is the time to identify the stocks that received only a temporary hit

Ten days ago I entered self-quarantine. The sun was shining and I was living in a developed democracy with an abundance economy. On Friday, when I rejoined the rest of the world, bad weather was not the only change: Israel now lives under a scarcity economy, and the general sentiment is of a country on the verge of a general lockdown typically associated with authoritarian regimes. The supermarket shelves are half-empty, the neighborhood butcher rations chicken breasts at a kilogram per customer, and the line outside the shop reminded me of my childhood in the Soviet Union. Memories always reignite buried, long-forgotten habits: should I also buy food we do not really favor, just in case? Should I send my husband out in an attempt to get more chicken? Should I ask when fresh produce is supposed to arrive and plan an ambush? 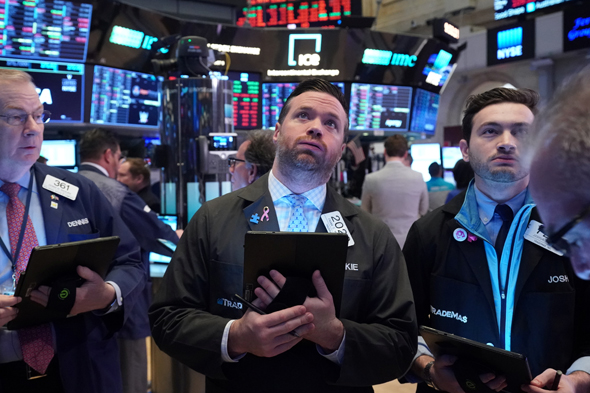 The change every Israeli has experienced in their daily life over the past week is an accurate reflection of what happened in less than a month across the world’s stock exchanges. From unceasing euphoria, interrupted only occasionally by a random pessimist that was immediately ridiculed for even mentioning a possible recession, the world has shifted to an almost all-encompassing pessimism. “Markets take the stairs up and the elevator down,” people on Wall Street like to say. Now, suddenly, the apocalyptic statistics are in the mainstream, and graphs comparing today’s New York indices to those of the 1929 market crash are the stars of many conversations. The tables have turned: it is the optimists that are the subject of ridicule now, and the bears are bulldozing the bulls. Taking the elevator is faster than ever, now that technological advancements mean most of the trade is being performed by algorithms that lack even a shred of sentiment. Cautious optimism is still warranted. First, because Asia has shown that coronavirus (Covid-19) could be contained. Second, because the world’s largest and most important economy, the U.S., has finally understood that the virus is not fake news. That does not mean it won’t get much worse before it gets better: all signs show that at least parts of the U.S. are seeing the same infection curve as Italy, meaning the economic damages will be more powerful than the current impact. But the U.S. is now on it, and if there is one thing America is good at it is handling crises. There are those who even compared current events to the U.S.’ late entry to World War II, when it let Europe sink deep in the mud before its massive mobilization. The U.S. has lost a lot of time due to U.S. President Donald Trump’s denial of the situation. The falls Wall Street has experienced by Wednesday were a reflection of how worried some investors were at that time. Only on Thursday—one of the worst days in American stock market history—did the majority of investors really start to comprehend just how severe the upcoming crisis is, and how unsuited Trump is for handling it. The unusually powerful jumps seen Friday are not a healthy response, either. They emphasize how uncertain and bewildered market players are, and so are not to be taken as a sign of any change of heart. This is still not rock bottom: despite the swift crash of the indices, the S&P 500 Index dropped by over 20% from the record it reached on February 19, when Corona was still the distant problem of China. In Comparison, in 2008 the index lost 57% from its record by the end of the crisis, and the burst of the dot.com bubble saw a 49% overall crash. The real scope of the infection in the U.S. will be discovered in the next few weeks. It can be cautiously estimated that if New York is hit hard by the virus, the American regulators might even decide on a temporary trading halt. In 2001, following the September 11 attacks, Wall Street closed for six days, an unprecedented move. It is not improbable we will soon see the U.S. is in a similar state of war. A change in the market will be felt only when the fluctuations will be much more measured, without the manic-depressive behavior that characterized the past month. It will be felt only when investment avenues will recover their familiar, rational balance—a jump in stocks and a corresponding drop in gold prices—and not a drop in all investment avenues across the board as panic makes the public hoard cash. On Sunday, the Federal Reserve cut the benchmark U.S. interest rate to zero. That is in addition to the trillion dollars it already infused into the financial system to ensure liquidity. Its immediate effect on the stock markets still needs to be seen, but it is a step that thinks long-term, to the post-coronavirus era, when all the businesses that are currently paralyzed will need funding to recover.

There are two important questions investors need to ask themselves. The first is how quick do they think the recovery will take, when it comes; the second is which sectors or specific stocks have been excessively harmed by the rush to realize. The stock crashes, caused by the public’s rush to dump stocks across the board, also hit protective sectors such as drug companies. Even companies like Zoom Video Communications Inc. and Slack Technologies Inc., which benefited from the increase in remote work, a trend that could become a mainstay of corporate culture even after the coronavirus crisis has passed, has not seen major benefits. Retail giants like Walmart Inc. are seeing negative gain on a monthly viewpoint, despite the way Americans have been stockpiling. One company that seems to have escaped major repercussions so far is pharmaceutical company Gilead Sciences Inc., whose experimental drug Remdesivir has shown signs it could lessen severe coronavirus symptoms. Trump himself also has few reasons for optimism. Less than a year before the election, he is now watching everything he has championed crash—while at the same time the crisis seems to prove the Democrats’ repeated statements that there are some mechanisms, for example, the healthcare system, that cannot be left to the mercy of the unseen forces that govern a free market.