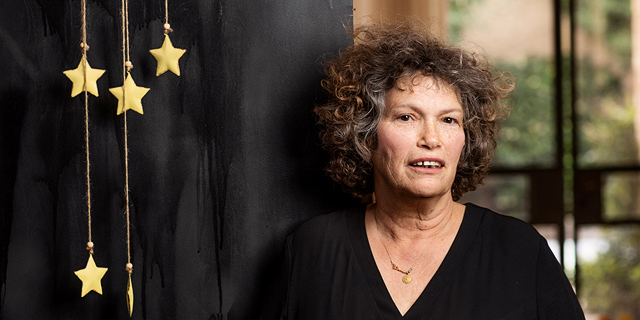 In December, WeWork founder Adam Neumann arrived in Israel for a visit. Three months later, he is still here. His mother believes he is already working on his next venture

In December, WeWork founder and former CEO Adam Neumann arrived in Israel for a visit. Three months later, he is still here. The golden boy who catapulted the concept of shared office space into a global multi-billion dollar industry and made himself obscenely rich in the process returned home quietly to lick the wounds of his colossal fall from grace.

Neumann was ousted from WeWork in September 2019 following the company's disastrous attempt to go public. The company that had been an investment magnet and rose to a $47 billion valuation submitted a disappointing public prospectus that highlighted a multitude of problems, much of which had to do with Neumann's unusual grip on the company. WeWork's valuation plummeted to under $20 billion, the divide between Neumann, who wanted to go ahead with the IPO, and WeWork's key backer, SoftBank Group, who wanted to shelve it, led the board to turn on its once charismatic leader. 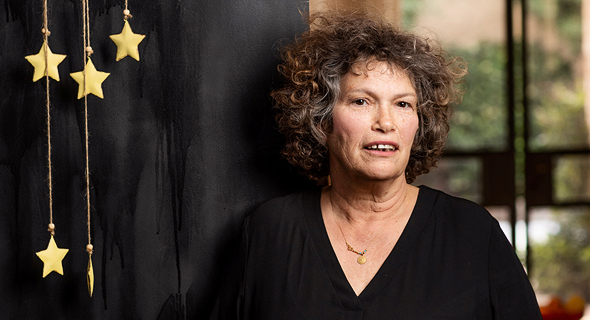 Neumann, his wife, Rebekah, and their five children have recently settled in a beachfront villa in Arsuf, one of the most expensive and private communities in Israel. "To come back to where you grew up, take time out, it is the right thing to do," Neumann's mother, Avivit Neumann-Orbach, told Calcalist in a recent interview. "People embrace him here and it does him good." "So long that everything was fine, Adam was a small celebrity. His downfall made him into a huge celebrity," Neumann-Orbach said. He was at an event and all of a sudden, billionaires' wives wanted to take selfies with him. He told me, 'no one ever loved me more than when I fell from grace,'" she said. If you ask Neumann's mom, he is up to something. "I know something is happening because he is busy all the time, but I do not know what with," she said. "I'm glad that he is keeping busy, that he is not done chasing his dreams at the age of 40." "Sometimes you are climbing mountains. He reached the peak, and now he is looking around. I'm sure there will be another mountain for him to climb," she said.

Neumann-Orbach knows a thing or two about scaling mountains. She is a senior oncologist and urologist and her life, she said, is defined by struggles. As a doctor, she fought to cure her patients of cancer, confronting her superiors over courses of treatment. In recent years, she is battling a violent tumor in her pancreas.

As a doctor, Neumann-Orbach has reservations about referring to her son's ousting in dramatic terms as 'crash' and 'fall.' "I don't tell my patients that they are cured. I tell them they do not need treatment at the moment. In a couple of years, that can change," she said. The way Neumann-Orbach tells it, Neumann has made a graceful exit from the company he co-founded. "Softbank did to WeWork what they have previously done to Uber," she said. "Before Softbank, he opened two new WeWork locations a month. Suddenly, he was pressured to open locations at three times that pace. It was Adam's personality that drew investors, and then those investors pressured him into shooting himself in the foot." "Sure it hurts," she said. "And yet, Adam does not seem to be hurting, but happy. He had a huge burden on his shoulders, 15,000-17,000 employees and a massive business to run. The way I see it, he emerged from slavery to freedom." According to Neumann-Orbach, in Israel, her son gets to live a simple life and be a full-time parent. He takes his children to school, spends time with his grandmother. "He feels good here," she said. "Three times already we went to a restaurant to eat and people told him 'you have done us honor, dinner is on us!'"

The evolution of Adam Neumann's public persona could be traced through the media attention he received over the years. Early on, he was often depicted as a charismatic innovator with a refreshing stroke of Israeli Chutzpah. In recent years, more and more reports painted him as an over-the-top tech boss with a touch of delusion—some even as a would-be cult leader. The Wall Street Journal has described him as a man wishing to become president of the world, or at least its first trillionaire. "Adam was always like this," his mother said. According to her, it is a classic case of taking his statements out of context. "Did you ever have billions in your bank account? Me either. I don't know what it does to a person," she added. Neumann-Orbach is not worried about her son. "I trust Adam and his wife," she said. "He is not bleeding internally, he is not wounded, it is just money. I am a person concerned with health, how can I be anxious about money?" Neumann-Orbach lives in central Israeli town Kfar Saba with her second husband and 23-year-old daughter. She met her first husband, Neumann's father, in medical school. They married in 1978, and a year later, when she was 22-years-old, Neumann was born. In 1982, his sister, Adi, who later became an internationally-known model, was born. In 1988 they divorced. Adam was seven and very advanced for his age, she said. Following the divorce, Neumann-Orbach and her kids moved to Indianapolis for her medical training. Nuemann took the divorce and subsequent move, very hard. "It was a terrible time," she said. "I took him to see a psychiatrist, he did not yet speak English, so I had to translate. The psychiatrist handed him a sparkly wand and said: 'twirl it around your parents three times, and they'll get back together.' Adam called it a fairytale. So the psychiatrist said, 'if you know that, why are you telling yourself stories?' We went for eight sessions and I got a brand new kid, no drugs required." The divorce was the biggest trauma of Neumann-Orbach's life, she said, and it took a toll on her work as a doctor. For a year, she was reduced to taking blood and signing release forms. When they moved to the U.S. and Neumann was struggling, his mother had suicidal thoughts. "There's nothing you can do about it, we all experience crises and you have to find the strength to get through it. It grows your personality." Neumann's financial awareness could be traced back to his single-parent childhood. Living on an $1,800 salary, Neumann-Orbach involved her two kids in economic decisions. She believes it helped them understand the value of a dollar. When Neumann was 10, he worked a newspaper route. "After a month he gave me $150. He said, 'I earned $300, this is my share of the rent,'" Neumann-Orbach said. When the family returned to Israel, they settled in a kibbutz. Neumann will go on to link his experience of living in a kibbutz to his interest in shared spaces and a business model that is based on a community. WeWork was not Neumann's first venture. Earlier in his entrepreneurial career, he launched a baby clothing business. According to Neumann-Orbach, he opened the business with a $500,000 loan from his sister, Adi. He later sold the company for $5 million. "He describes the ordeal as a failure," Neumann-Orbach said. In recent years, Neumann has become more observant and has spoken openly about his strengthening faith. "In the U.S., I sent the kids to religious school to learn Hebrew. When we came back to Israel and lived in the kibbutz, he was the only boy to be bar-mitzvahed, at my insistence. After that he observed Shabbat. It was difficult, everyone at the kibbutz laughed at him. He met his wife at the Kabbalah center." Since then, Neumann-Orbach said, the couple has adopted the Chabad movement. "If they must be religious, I prefer Chabad and not Kabbalah," Neumann-Orbach said. "What happens there is massive and exaggerated. I set near Madonna a few times in New York, the prayers there are something awful. At least at Chabad they preach for joy and happiness," she said. "That suits Adam much better."