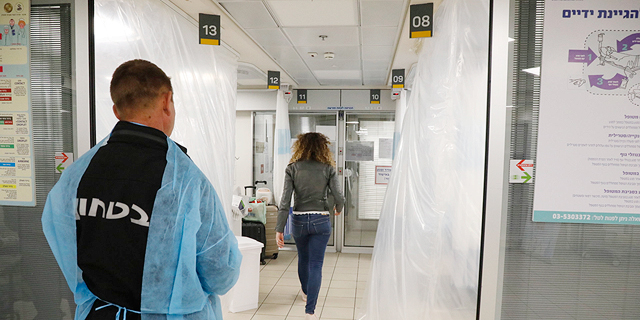 Matanyahu Englman has released a harsh report about the state of Israel’s healthcare system, but avoided assigning blame to anyone. And why did he wait four months to publish a report that was ready in November?

The Israeli Ministry of Health, its health maintenance organizations (HMO), and its hospitals were not fully prepared for a pandemic influenza-like outbreak, a report released Monday by Israel’s State Comptroller Matanyahu Englman states. According to a chapter in the report, such a pandemic could see 2.25 million people, 25% of the Israeli population, contract the illness, while drug stocks will only cover 16%. In this scenario, around 25,000 people will need hospitalization, while another 12,500 will require ventilation, the report said. The report hardly makes any mention of coronavirus (Covid-19), as it was finished in late 2019 and then amended recently to make it more relevant. The report was given to the regulators audited in November 2019 for their comments, and provided to the prime minister on February 14, 2020, Englman stated at the opening of the report. “The situation in China in December 2019, near the end of the audit, illustrated the high risk involved with the spread of the corona, and at the date the report was provided to the prime minister the virus has yet to be discovered in Israel,” he wrote.

The report refers to dealing with a pandemic or an outbreak of a known disease such as flu, ebola, anthrax, and measles, but did not take into account the possibility of a new pandemic that has no vaccine. However, some of its conclusions are relevant to coronavirus—illustrating that the Israeli healthcare system has been underprepared for an unknown pandemic and that many decisions are being made in real-time and not ahead of a problem. Why has Englman delayed the publication of such an important document for four months—during most of which the coronavirus was already a known threat—and did not submit the report to Netanyahu in January, when the virus had already killed hundreds in China and started spreading across the globe? Especially since he went to the trouble of erasing all names of the people involved and cut out all parts that levied some sort of responsibility on them—as part of his new approach entitled “constructive criticism.” Furthermore, Englman tacked on this part in February: “this chapter demonstrates the way policy is implemented in the case of systematic, constructive, and effective criticism, which anticipates the future and deals with risks before they are created. The importance of the chapter increases following the World Health Organization’s (WHO) announcement from March 11, 2020, which defines the coronavirus as a global pandemic. I am fully hopeful that the chapter, which as stated was submitted prior to the presence of coronavirus in Israel, has assisted in making the best decisions and contributed to the preparation of the Israeli health ministry and government ahead of the coronavirus’ spread in Israel; and that now, with its publication, it will increase public awareness to the necessity of following official guidelines.” This addition shows that Englman added some parts to the report at the last minute out of an understanding that he delayed its publication too much. Furthermore, senior officials at the state comptroller office told Calcalist on condition of anonymity that he had intended to postpone the publication of the report yet again to May. In the report, Englman demonstrates that he understands the economic repercussions of outbreaks well. The quick elimination of outbreaks does not have just a medical and social objective, but also enormous economic impact, he wrote, adding that the current annual cost of dealing with outbreaks equals almost 1% of the global gross domestic product (GDP). The World Bank forecasts that the odds of a cross-border pandemic in the next 15 years are high, he further added. “In an extreme scenario, a global pandemic could kill millions of patients and cause enormous economic damage. To illustrate, the costs of a pandemic similar in scope to the 1918 influenza pandemic could reach as much as 5% of the global GDP, around $4.3 trillion,” he wrote. The report found that the health ministry has not established a list of diseases for which there should be a set operation protocol in case of a pandemic, but just set specific orders for a few diseases such as pandemic flu, ebola, and anthrax. In the case of animal-borne diseases, Englman wrote, there is not one regulatory authority, with the responsibility shared between several authorities. Englman also said that the health ministry and the Ministry of Science did not establish a mechanism for updating the public health services offering. While Englman avoided criticizing the Ministry of Defense directly, he did have some pointers in his conclusions. As a plan approved by the ministry is so important to the overall tactical plan needed to handle a flu pandemic, the defense ministry needs to finish preparing relevant scenarios and plans and distribute them to all relevant ministries and regulators for integration, he said. He also suggested that the health ministry and HMOs prepare an operative plan for dealing with a pandemic flu outbreak and drill it, and that the health and defense ministries need to move ahead and stock up on flu vaccines. The report brings up another interesting point. Leading figures of the Israeli healthcare system—including in the health ministry itself—have been saying for years that an enormous budget boost of NIS 3 billion to NIS 5 billion (approximately $818 million to $1.4 billion) is needed to update the public healthcare system and make up for years of neglect. This will, among others, go towards buying more beds and equipment. But according to Englman, the health ministry has no ready plan for bridging the gaps in beds, equipment, and medical personnel in the case of a flu outbreak that will enable proper treatment of the many sick people expected. The audit has shown that the drug stockpile is enough to treat only 16% of the population, not 25% as has been previously mandated. Another criticism—one that until two months ago might have seemed surreal—is this: “the tactic plan makes no mention of the amount of isolation rooms that will be needed.”

A spokesperson for the health ministry told Calcalist that the ministry is studying the report and implementing some of its conclusions for the current crisis. “We are hopeful that the report, which is being published in the midst of dealing with the coronavirus challenge, will be used for learning and constructive criticism and not for cheap shots,” the spokesperson said, adding that the outbreak of the novel coronavirus is a challenge to all global healthcare systems. ”The Israeli healthcare system has been preparing since mid-January, and since that date has started purchasing protective gear, ventilators, and testing kits for coronavirus; the hospitals have readied special wards, as did the HMOs.” The spokesperson further repeated previous statements that Israel was one of the first countries to understand the dangers of the pandemic, and one of the first to take stringent steps later enforced around the world. “The health ministry’s policy regarding coronavirus is to try and flatten the infection curve.”