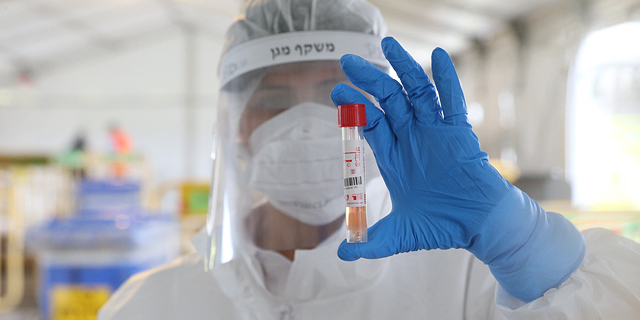 Israel reported 3,865 confirmed coronavirus cases on Sunday morning, 66 of them in serious or critical condition, and 12 dead

As of Sunday morning, Israel reported 3,865 confirmed coronavirus (Covid-19) cases, 66 of them in serious or critical condition, and of those, 54 are dependent on ventilators. So far, 89 people have recovered and 12 died in Israel. One Israeli tourist died in Italy over the weekend. Ministry of Health data from Friday places the number of sick medical personnel at 108, while 871 doctors and 1,242 nurses are currently in quarantine after being exposed to the virus. Jerusalem is the city with the largest number of confirmed cases, 352 as of Friday. Israel is currently conducting around 6,000 daily tests, with plans to go up to 10,000 over the upcoming week and reach 30,000 daily tests in two weeks.

On Friday, Prime Minister Benjamin Netanyahu said that if the number of new cases does not improve, a general quarantine will be impossible to avoid as of Monday. The government is expected to convene on the matter Sunday.

Meanwhile, the number of unemployed continues to rise, having reached 922,016 people Sunday morning, reflecting a 22.15% unemployment rate. Since the beginning of March, 764,165 people registered for unemployment benefits, 90% of them after being placed on unpaid leave due to the economic strain so many businesses are feeling following the tightening restrictions. On Saturday, government officials reached an agreement regarding an NIS 80 billion (approximately $22.43 billion) economic support plan intended to bolster the economy. Around NIS 5 billion (approximately $1.4 billion) will be awarded as grants to small businesses, while NIS 6 billion (approximately $1.68 billion) will go towards a fund for large businesses. It is still unclear whether a loan fund for the tech industry will be established. Half of the money, NIS 40 billion (approximately $11.21 billion), will come out of the government budget, while the rest will be given as loans from financial players with state guarantees, or from refunds and payment postponements. The details of the plans still need to be ironed out, and the finance ministry hopes to present the plan to the government in the next couple of days.