No Place Like Home: Prompted by Covid-19, Israelis Living Abroad Return to the Motherland

The friends. The family. The public health system. The sense of mutual accountability. Israelis living abroad tell Calcalist why the coronavirus crisis sent them packing and boarding a plane to the old country

Brooklyn, New York to Tel Aviv: "When the system crumbles, it does not matter how good your health insurance is." Anna Osipov (34), Emmanuel Heymann (33), and their daughter Maya (10 months) Anna: As soon as the crisis began, we started comparing the situation in the U.S. to that in Israel. (U.S. President) Donald Trump downplayed it as "just the flu." You went out to the street, and everyone was out having picnics and exercising. But we looked at countries like Italy and Spain, and we realized the U.S. is next in line. I don't have a single friend in New York who was not debating coming back to Israel. The biggest dilemma is financial: you pay rent for your apartment in New York and an apartment in Israel because you cannot go back to your parents and put them at risk . 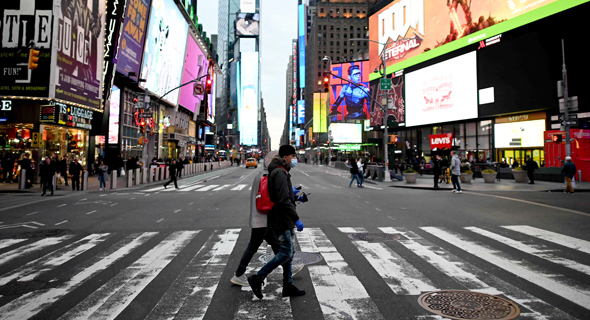 Emmanuel: Luckily, we found a solution. We have a friend, a doctor from Israel who is in New York for research, and he took our apartment. It is also an issue of convenience. We have a nanny, so in New York, we had assistance. Coming back to Israel means working two jobs remotely with no help. Staying in New York is more financially sound, and we have excellent health insurance, but when the system crumbles, no insurance will help you. It scared me to hear that people there started buying up guns. We said, if there's not enough food and banks run out of money, people will start shooting each other. New York is more convenient, but Israel is safer. Anna: Every day, we woke up and said, shall we go, shall we not go? Sometimes we changed our minds within hours. We went through a week and a half of this. The thing that had the most impact was work. But my boss called and said, 'Anna, as it is we are not meeting face to face. Pack up and go back home.' Not every boss would do that. We were in a race against time: get suitcases, a cage for the dog. We stuffed a suitcase with baby formula boxes like grey market traders. We abandoned our life there. Three days later, we were on a plane. Emmanuel: When we arrived here, a friend who moved in with his parents offered us to use his apartment, and we happily accepted, but when his neighbors heard that people had arrived there from New York, they made a huge fuss and called the police. We had to call the Ministry of Health and explain the situation, and sign a document saying we would not leave the apartment for 14 days.

Anna:It’s lLike we were lepers. We are not sick, as far as we know, and coronavirus does not spread through walls. On the other hand, many friends helped us with deliveries, with shopping, brought toys and equipment for the baby. In that respect, there is no place like home. Emmanuel: Now, we are already out of quarantine, and we rented an apartment in Tel Aviv. If we have to be here one month or six, that is what we will do. Beyond that, it will be difficult to stay because of work. Ultimately, we will have to go back to New York. Dallas, Texas, to Kibbutz Sarid: "Because of school, I'm still on Texas time." Iftach Chaplin (21), a medical student Iftach: I've been in Texas since I was 13. My dad works for Elbit Systems Ltd. and we relocated here. Three months ago, my parents decided to move back to Israel. Great timing. I've been studying medicine for two years now at The University of Texas at Dallas and live on campus. I realized there was a serious issue here a month ago when the university notified us that in-class sessions had been canceled. It was incredible: within 24 hours, the campus completely emptied. Everyone packed up and went home. The fear hit immediately. But since my parents are in Israel, I had to stay on campus, and with me my other Israeli friends. Early on, I thought, great, we'll stay together. But it became worse and worse. The library and the gym shut down, and I realized I had to look at the entire thing from a different angle. The hope now is that at least the next semester, in August, will start as usual. I was not worried about the medical situation, but more about the chaos that could ensue. Managing a crisis with 300 million people, with power struggles between Trump and state governments, it is a recipe for disaster. When I talked to my mom, I realized the U.S. is at least two weeks behind Israel. It was as if my mom was speaking to me from the future: 'buy food before stores run out.' I began thinking, what will happen when there is a food shortage, and people will start rioting? I'm alone here. I realized I wanted to be home with my family. I came back to Israel three weeks ago on a last-minute flight. I was lucky to even find a flight. It is scary because you know that you could be exposing yourself to the virus on a plane. When we landed, the airport was empty. No tourists, we heard nothing but Hebrew. Now, I'm with my family at the kibbutz; we celebrated Passover with gefilte fish and matzo ball soup. I am very happy to be here. I knew that upon returning, I would enter a two-week quarantine, but it wasn't so bad, because I was busy with school. Until the end of the semester, in early May, I am still on Texas time, because there are live classes and online exams, so I'm up half the night. Physically, I'm not in Texas, but my heart is half there. Once the semester is over, I can be here fully. What happens after that, I don't know.

San Diego, California to Beit Zayit: "We were afraid that if I got sick and went into early labor, we would go bankrupt."

London to Tel Aviv: “Our friends filled up our refrigerator and bought us the house plants my wife loves.”

Dan Ziv (38), tech worker. Married to Aviv and father to seven-year-old Geva. Dan: We went to London for an MBA program. Like all Israelis, we planned to stay for five years tops, but somehow it became eight. I graduated, and then started a tech company with two friends from the program, sold it, and in 2016 joined TouchNote, where I’m the CEO. Early on, we thought the coronavirus crisis would be a matter of a few weeks. London was different from everywhere else in the world. Prime Minister Boris Jonson went so far as to visit hospitals and shake hands with patients and called on the public to carry on their lives as usual. But friends of ours from Italy told us, ‘you have no idea what’s coming.’ 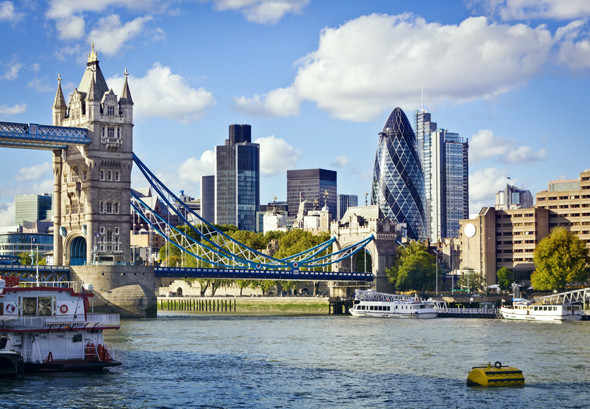 During the first weeks, we were debating. It was not an easy decision. London is the center of our lives: our work, our home. On the other hand, the most critical factor was family, and especially the older members of our family. We knew we were not going to die from Covid-19, knock on wood, we are not in the high-risk group. But our parents are in their seventies. We were afraid that if anything were to happen, we wouldn’t be around to help. We were also afraid of the collapse of the British health system. In Israel, there was talk about whether there were enough ventilators, but a total collapse of the system, a scenario where you can even get treated for an ear infection, was not on the table. We knew that in Israel, whatever happens, you’ll be able to get basic medical treatment. When we saw how Israel was acting fast, and the gap that opened between the Israeli agenda and the British agenda, we decided to adopt the Israeli one. I stopped sending my child to school a week before they officially decided to shut schools down. I transitioned the company, all 50 employees, to remote work. It is not relevant where in the world you are located, so you might as well be with family. From the moment we decided to come back, it took 24 hours. I did not feel as if we were running away, but we did leave with a sense of panic. The most challenging thing was to find an apartment in which you can quarantine for two weeks. Two weeks in prison is hard. Within 12 hours, we signed a contract to rent an apartment at the Sarona complex in Tel Aviv. It is very charming. In Tel Aviv, there are food stores that deliver in under two hours. In London, the same thing would have taken a week. When we got here, we saw friends and family stocked up the refrigerator for us. They even bought the house plants my wife loves. You feel at home here. Even the wine store salesperson, who at first said he was too busy to deliver, when he heard we returned from abroad and are in quarantine, said, ‘I’ll take care of you.’ In London, we have all the luxuries, but the sense of community here is irreplaceable.