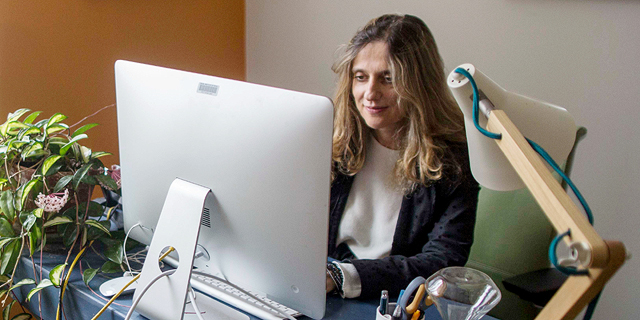 Hitting the Reset Button on Antibiotics

As the world faces the global threat of Covid-19 and the post antibiotic era, MIT researcher Regina Barzilay and her team are using AI to discover new chemical compounds for medical treatment

Most antibiotic drugs approved in the past decade were similar to one another because they were all developed based on human intuition, according to Regina Barzilay, an Israeli researcher who, together with bioengineer James Collins, headed an MIT team that recently discovered a new, hyper-efficient antibiotic molecule using artificial intelligence.

Barzilay’s team’s discovery, first published in the January edition of peer-reviewed scientific journal Cell, marks the first time in over three decades when a completely new antibiotic molecule was discovered. Called Halicin, the molecule was able to kill two of the most dangerous and durable bacterias—Acinetobacter baumannii and a bacteria from the enterobacteriaceae family. Unlike with other antibiotics, the bacteria failed to develop resistance to Halicin even after 30 consecutive days of treatment.

At the midst of what international health organisations have dubbed “the post antibiotic era” in which humanity is expected to fight bacteria that has become resilient to conventional treatment, MIT’s new discovery is nothing short of a revolution. Therefore, it may seem surprising that Barzilay, the leading scientist in the project is not a chemist, a biologist or a medical doctor, but is in fact a computer scientist. Her team focused its efforts on using computers to beat the limitations of human intuition and discover an entirely different drug, the type of which bacteria did not have a chance to familiarize themselves with yet.

According to Barzilay, what the team did was gather a vast range of molecules and test the effect each of them had on delaying the growth of pathogens. “The methodology we developed allowed the AI to process the connection between the chemical response and the delay in activity, so that it could predict the effect of new molecules it is exposed to,” she said. The system developed by her team scans through a multitude of existing research on known chemical compounds in search of molecules with a potential to function as new antibiotics.

Since 1987, every new antibiotic drug was based on already discovered families of molecular structures that have been used extensively. This becomes a problem as bacteria evolves quickly, developing ever growing resilience against these structures. Since the discovery of penicillin, the first antibiotic compound, early in the previous century, more and more bacteria and viruses have developed resilience and the result is extremely hard to fight superbugs.

The often cited 2016 O’Neill report, commissioned by the British government and soon adopted by the United Nations, estimated that, barring a significant leap in addressing antimicrobial resistance, by 2050, 10 million people will die from superbugs every year, costing global economy an accumulated $100 trillion in terms of lost global production. In November, the U.S. Centers for Disease Control and Prevention (CDC) announced the the post antibiotic era has arrived.

As if this weren’t bad enough, in today’s pharmaceutical industry, it is not financially viable to develop new antibiotics. Developing a drug, passing it through regulatory processes, and marketing it, takes an average of 10 years and $1 billion. Despite the public health benefit of introducing new drugs, hospitals and health maintenance organizations (HMOs) are wary to use new and expensive antibiotics, given the readily available cheap options and only do so as a last resort, for short periods of time. This means developing remedies for chronic medical conditions are simply more profitable and this is what both the human and fiscal capital of the industry are focused on.

To exemplify how broken the pharmaceutical market is, one needs to look no further than San Francisco-headquartered late-stage biopharmaceutical company Achaogen Inc. In April 2019, just several months after gaining regulatory approval for a new antibiotic drug it developed, Achaogen, founded in 2002, filed for bankruptcy. Instead of helping the company thrive, the approval brought Achaogen’s stock down and its sales amounted to a mere $1 million, negligible compared to the required investment.

Shortly thereafter, in January 2020, Melinta Therapeutics Inc. also went bankrupt, after failing to monetize on four drugs. These two boutique companies joined five big pharmaceutical companies that have shut down all of their antibiotic research between 2017 and 2018, bringing the World Health Organization (WHO) to issue a statement earlier this year warning that “declining private investment and lack of innovation in the development of new antibiotics are undermining efforts to combat drug-resistant infections.” The vast majority of the 60 products currently in development, WHO wrote, “bring little benefit over existing treatments and very few target the most critical resistant bacteria.”

Barzilay’s team is attempting to bridge this gap between the needs of the general population and the financial needs of commercial companies. “The coronavirus crisis shows how desperately we need innovative solutions,” Barzilay said. “We have to be quick in developing a treatment and one way to do that is to look at existing drugs or a combination of such,” she said. 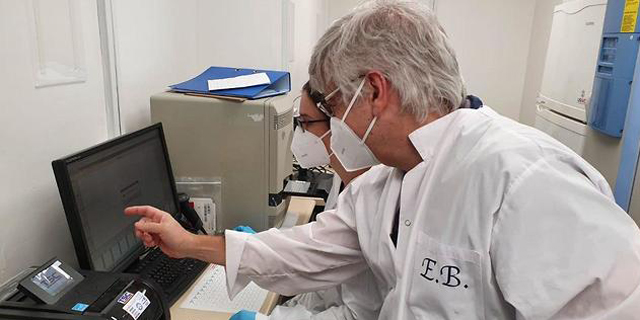 The team used 2,335 different compounds to teach its AI system to make predictions. Each compound was tested on different bacteria to examine the reaction. Once it studied existing drugs, the computer went on to scan massive new databases of molecules—including a wide range of drugs and synthetic and natural materials—to detect any compound that could slow down the growth of Escherichia coli (E. Coli). Since only a small portion of the databases the system studied was of antibiotic compounds, the AI system did not develop any prejudice or bias as to how an antibiotic molecule looks like. All it did was scan for molecules that had non-traditional operating mechanisms that allow them to fight infections that have developed resilience to many existing drugs.

Among the molecules it scanned, the system identified 120 promising molecules. Barzilay and the rest of the team then manually filtered out any molecule that resembled existing antibiotics or was known to be poisonous, leaving them with 23 molecules to test. One of the molecules was Halicin, which stood out because its operating mechanism—overlooked by chemists up to this point— targeted the bacteria’s metabolism.

Barzilay, 50, was born in Chisinau, Moldova and immigrated to Israel with her parents at the age of 20. She studied computer science at

1998 for a PhD at Columbia University. She then moved on to a post doctoral fellowship at Cornell University, finally landing in 2003 at MIT, where she is a professor in the computer science department.

Over the years, Barzilay focused on research related to natural language processing, until, in 2016, she was offered to join a research by the chemical engineering department of the U.S. Defense Advanced Research Projects Agency (DARPA). Barzilay said she was curious to get into this field and spent the first two years learning about the most effective ways to design molecules without even thinking about the pharmaceutical industry, that was not using AI for chemical discovery.

Over the years, some pharma companies managed to harness AI tools developed at MIT for various discoveries, but this was not enough, Barzilay said. “My problem was that I was not privy to the whole process,” she explained. “We would give them the tool, the companies would use it, but I did not know what happened with it.” That is why she searched for an in-house collaboration in the university that would bring it full circle. This is how the connection with Collins, who is a pioneer in synthetic biology, was made, resulting in the discovery of Halicin.

Machine learning can completely transform the field of chemical discovery, Barzilay said. The current pandemic illustrates how crucial finding the right medicine in time is and it is hard to believe that coronavirus will be the last pandemic, so we have to create mechanisms for designing new molecules on demand, she said.

Over the past month, as almost everyone was confined to their homes and MIT’s facilities stood empty, Barzilay and Collins’ team has been hard at work to discover a cure for Covid-19. “One of the reasons we were able to conduct the antibiotic experiment so easily was because we had someone in-house that could test different compounds on human cells to see which of them get infected and which do not,” Barzilay said. The problem with Covid-19, she said, was that the scans could not be done at MIT as safely handling the virus required special highly secure quarantine facilities and that there wasn’t enough accessible data to train the system.

In the last week, however, fragments of information were released by various sources, Barzilay said. Her team combined these fragments with what is known of the 50 drugs that are currently being tested for

Covid-19 and of SARS (Severe acute respiratory syndrome), another of Covid-19’s family of viruses to surface in 2004. “We developed several methodologies to combine these different groups of information and created a model that is searching for a molecule that has the potential to fight the virus,” Barzilay said.

According to Barzilay, one of the main setbacks the project encounters is lack of access to proprietary information and research held by pharmaceutical companies. “We are in an unprecedented state and we must share as much information as possible so we could learn from it and find a solution as soon as possible,” Barzilay said. “I am a bit surprised that as the number of fatalities continues to rise, we don’t see more collaboration and sharing in this field.”