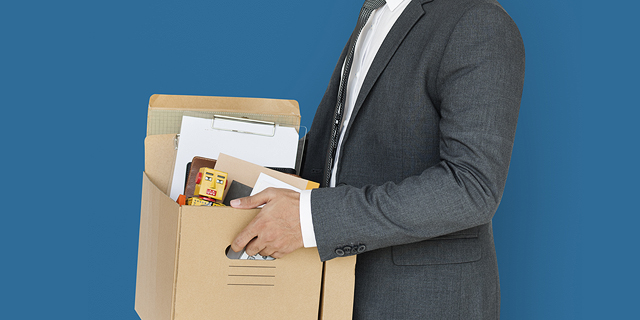 The industry is seeing a spike in firings as investors urge companies to tighten their belts. After cutting back on industry-standard perks, startups are taking a further step and reducing their human capital

The coronavirus (Covid-19) pandemic is hitting the tech sector, which for a while looked like it was relatively immune to the effects of the crisis. Startup companies are suddenly forced to slow down or halt their race ahead, that until a few weeks ago, appeared unstoppable. The last few weeks suggest that most of the companies, which until now had taken only moderate steps like cutbacks to employee salaries and benefits, have moved on to more extreme measures that include significant layoffs. Reports are surfacing every day about hundreds of layoffs in large and small American tech companies. In March alone 4,000 tech workers were fired. 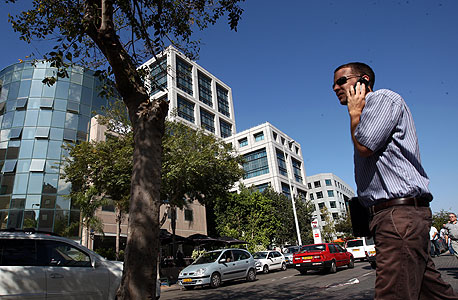 Aside from the direct blow the pandemic has delivered to the business and investment operations, there are companies that are taking advantage of the situation to dwindle the ranks or terminate employees who were already on the chopping block due to inferior performance or for other reasons.

The immediate response to the crisis by investors and managers was to halt activities. Funds, like Sequoia International, as well as many investors in Israel, advised companies to prepare for the worst. The giant fund estimated that the pandemic was a black swan event that was going to transform the entire ecosystem.

The mass confusion caused by the world-spanning Covid-19 pandemic made companies feel like they were out of control. Many rushed to put employees on unpaid leave, cut salaries by 20% and freeze the benefits workers in the innovation industry had grown used to. The sudden halt and rushed first steps were for the most part led by the invested funds, who had experienced crises in the past, or by senior executives who saw the troubles at the gate. The first to be hurt were the various travel companies, who rushed to place workers on furlough and even lay off some of them. Israel-based companies like Guesty and Bookaway were among the first to do so. The most significant layoffs so far were carried out by Israeli company Zerto Ltd. It fired dozens of employees in several rounds, totaling an estimated 200 workers. Many of the workers who were fired were employed in the development department in Israel. Others were from the customer service departments, locally and in the U.S. The terminations started at the beginning of April and are still taking place. Zerto operates a disaster recovery technology platform that provides services for events like server fails due to power outages and cyber attacks. The company developed a recovery and business continuity services for virtualized data centers and cloud environments. The terminations were carried out in the company’s sites around the world and most of its Asia-Pacific operations were reportedly closed down entirely leading to mass layoffs in Australia, Japan, and Singapore.

In an announcement issued by the company’s Human Resource department, Zerto asked other companies to come to the aid of its laid off employees and help them find new jobs.

Zerto currently employs 700 workers, roughly half of them in the development center in Herzliya and boast clients like Fujitsu, Blue Cross Blue Shield, and Telefonica. Last November, there were reports that the company was mulling an IPO at a valuation of $600 million, with plans to raise $100-150 million. It was established by brothers Ziv and Oded Kedem who function as its CEO and CTO respectively. To date, it has raised $130 million. “A few weeks ago Zerto took some steps to streamline our core business activity and reduce operational costs. We took this difficult decision to ensure Zerto will remain fiscally strong going forward,” Caroline Seymour, Zerto’s vice president of product marketing, told Calcalist in a recent interview. “I would like to note that we are fully committed to our partners and clients and that our global support team will continue to provide 24/7 service out of our three support centers in Boston Herzliya and Shanghai. The decisions were made to ensure Zerto can remain a stable and thriving organization,” she added. Other companies that have recently laid-off workers include Israeli Cybersecurity company Aqua Security Software Ltd., which fired 20 workers, less than half of them in Israel and mostly in recruiting, administration, and business development roles. Throughout the past year the company completed a significant round of hirings, nearly doubling its initial roster. Last April Aqua Security employed 140 workers and it started 2020 with 270. It currently employs 250 workers. Last April, the company raised $62 million in a funding round led by Insight Partners and participated by M12, Microsoft’s investment fund. In a statement, Aqua Security said that “following a period of fast-paced growth and the recruitment of 130 workers in 2019 and in light of the global uncertainty brought about by the coronavirus pandemic, the company has decided to carry out cutbacks to match its growth plans in accordance with the new conditions.” Another company that is laying off workers is Israeli on-demand delivery management company Bringg Delivery Technologies Ltd. Even though the company raised $30 million last month, its managers invited 15 of its employees to pre-termination hearings. It is believed that the layoffs have little to do with challenges posed by the Covid-19 crisis as its field of activity is one of the few that remained active during the outbreak. Other companies currently carrying out firings are Cellebrite, which along with instituting pay cuts and sending workers on unpaid leaves have laid off a small number of employees. Automotive company Otonomo has also fired a handful of employees. At the start of the coronavirus crisis Similar Web reportedly laid off 10% of its 500-strong workforce, mostly in administrative, marketing and sales roles. Maritime shipping company Freightos Ltd. fired dozens of workers as did weather prediction company ClimaCell, who also asked other companies to help find them new positions. Another victim of the times is Engie Motors Ltd. which shut its operations and fired all of its 10 employees.