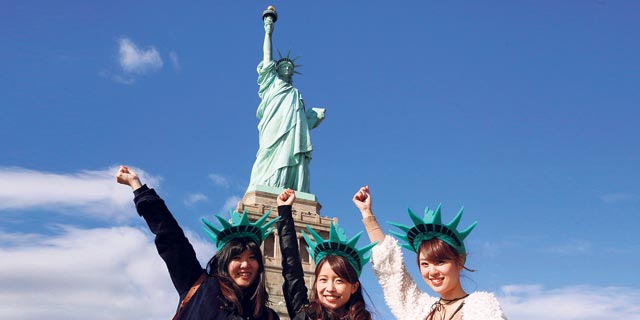 Travel Tech is Down but Not Out, According to Organizer of Major Tourism E-Conference

The tourism and travel sector is without a doubt one of the industries most hurt by the coronavirus (Covid-19) pandemic. Over a matter of weeks, the sector went from business as usual to a near standstill due to severe travel restrictions put in place by governments, impacting thousands of companies and millions of employees worldwide. According to a UN World Tourism Organization report issued on March 27, “international tourist arrivals could decline by 20% to 30% in 2020.” Such a drop would translate to an industry-wide $300-450 billion loss. The agency is set to publish updated figures on May 5 and has stressed that its estimates were based on previous crises, which were smaller and less volatile. With such gloomy forecasts, industry players could be excused for wanting to hide and curl into a ball. But when it comes to the travel tech industry there are still signs of optimism and activity, at least judging by the attendance of a recent virtual conference organized for the ecosystem. Roughly 3,500 industry representatives took part in an online conference last week dedicated to meeting the challenges of the outbreak and preparing for the day after Covid-19. Organized by Israeli startup Avian and Travel Tech Nation, a platform dedicated to promoting the industry, OTC 2020 saw two full days of online speeches, panels, and meetings, featuring speakers from some of the biggest companies and forward-thinking startups. 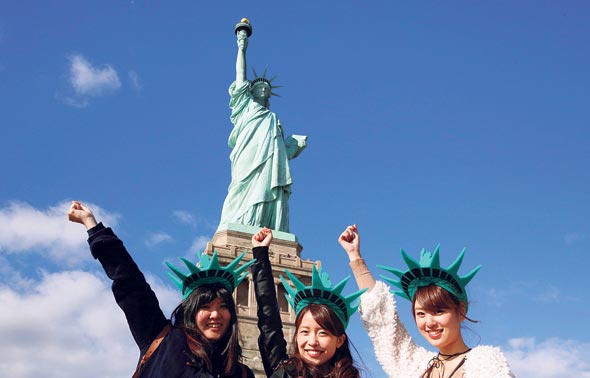 Chinese tourists pose in front of the Statue of Liberty. Photo: Reuters

“It feels like a disaster right now, but everybody is gearing towards the recovery. The general opinion seems to be that local tourism will resume in the summer and regular international flights in the winter, assuming there are no further (infection) waves that could shake everything up,” Mickey Haslavsky, CEO and founder of Avian Software Solutions LTD, an online marketplace connecting airlines and travel resellers, told CTech in an interview Sunday. “The situation is not great, to say the least, but everyone realizes that travel is a commodity and that people will continue to move around the world.” Despite the optimistic bottom line, Haslavsky is well aware that the industry that emerges from the crisis, will not be the same as it was going into it. He said smart companies were already making adjustments to their products and planning their futures based on a range of contingencies of border-closure policies. “The health and social distancing considerations are going to be central when we exit the lockdown. It will be a challenge to ensure people feel secure and comfortable enough to board a plane or a train at a safe distance from fellow passengers or enter a hotel room previously used by other people,” he said. Avian, which under normal circumstances would be busy this time of year connecting booking companies with other services providers at travel destinations, saw their demand decrease substantially. “We were about to launch a new product with Kiwi International in May that has been put on hold,” Haslavsky said. But the crisis also opens new opportunities for startups, case in point, organizing online conferences, which are sure to see a boost in the short term and may even become the norm going forward as companies weigh the cost and benefits of shaking hands in person. Luckily for them, Avian managed to secure operational funding ahead of the outbreak and have not yet had to resort to cutback or layoffs, though Haslavsky said he couldn’t rule out such measures completely. Dor Krubiner, CEO and founder of Hotelmize Ltd., more than anyone has his finger on the pulse of global hotel occupancy rates. According to their data, which helps travel agents, hotel resellers, and major online booking platforms like Expedia identify and take advantage of price volatility, hotel reservations have decreased by an astounding 90-95% compared to the same time last year. In an interview with CTech, he added that those bookings that were in the system were for months in advance and not the usual days or weeks. Fortunately for Hotelmize, the company had just completed a Series B financing round led by Alibaba Hong Kong Entrepreneurs Fund and Israel's Brilliance Ventures, so they are in relatively good shape. “We were also lean going into this and our incomes are positively impacted by fluctuations, so we aren’t going anywhere, despite the uncertainty,” he said. 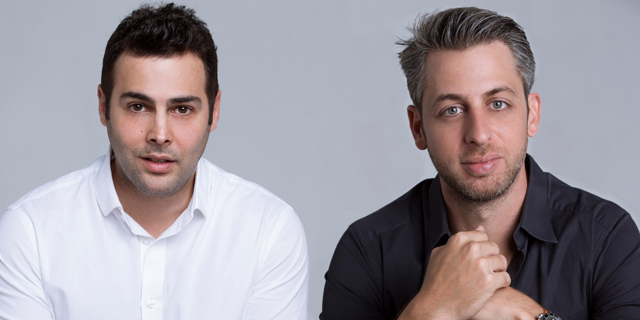 Krubiner said that travel tech startups who hadn’t secured funding were most at risk at the moment because while the major companies had shareholders to bail them out, small companies don’t. On the other hand, he said, “companies that offer solutions that are well suited to the new demands of the moment and would have flown under the radar in normal circumstances now have the chance to shine.” To which Haslavsky added, “some big companies will prefer to go into ‘buy mode’ rather than ‘build mode,’ leaving the door open to investment in forward-thinking solutions." Krubiner, who attended the OTC conference, said he was impressed by the quantity and quality of the participants, positing that it may have been even more effective than going to a traditional, in-person conference. “We saw that several hundred people attended the session I gave at the conference. That’s hundreds of potential partners that we can track and follow up with,” he said. Among the other attendees of the conference were senior representatives from companies like Turkish Airlines, Transavia Ventures, TripActions, SmartAir and organizations like the UNWTO and Travolution. For those who couldn’t attend, all the speeches and panels were broadcast on Facebook Live.