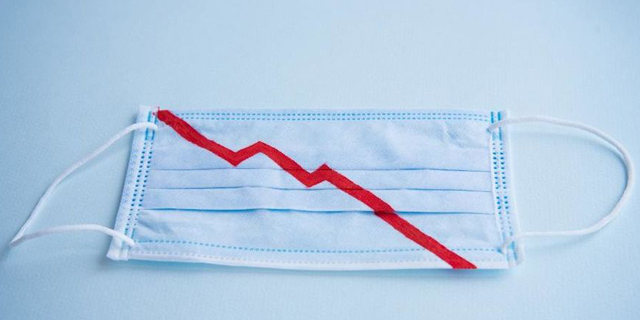 What Does ‘Most Promising’ Mean When it Comes to Startups in the Covid-19 Age?

On Tuesday, Israel’s Independence Day, we published our annual list of the 50 most promising Israeli Startups. Like in previous years, compiling the list got us talking about what the word “promising” means. This year, the answer to that question was tougher than usual. Unlike the previous two crises of the new millennium, the coronavirus (Covid-19) crisis is not “just” a financial crisis, but one that will forever change global routines.

The companies included in this year’s list were selected at the height of a crisis whose end no one can predict. The lack of certainty guided us to make several key decisions. Firstly, we decided to focus on technological sectors that the pandemic is positively impacting. Second, we abandoned our tradition of ranking the companies, choosing instead to highlight one or two companies from each sector that have a revolutionary product or an innovative solution to newly arising challenges.

Another decision we made was to focus on companies that at the time of writing had not fired or sent on force leave any of their workers. This approach resulted in several difficult conversations with investors and entrepreneurs as well as some touching moments. Naturally, whether or not to lay off workers is an easier decision for some tech companies than others, but in quite a few cases, layoffs were the result of a pre-emptive action or of severe pressure by concerned investors. We also heard from entrepreneurs about efforts to re-assign full teams or substantially cut benefits in order to maintain the workforce.

The year that passed since the last Independence Day list was a rollercoaster. 2019, the year that preceded the coronavirus outbreak, was a record one for the Israeli tech sector: $6.4 billion in venture capital-backed funding rounds (compared to $4.75 million the previous year) and 138 successful exits, 122 of them as a result of mergers and acquisitions totaling $21.7 billion, another leap from 2018, which saw 122 deals totaling $12.6 billion.

It looked like the first quarter of 2020 would continue the rally: Israeli tech companies raised $2.74 billion in 139 deals, the total funds raised climbing by 76% from the first quarter of 2019. Even in the midst of the global crisis, many companies were able to complete impressive funding rounds: Via Transportation Inc. raised $400 million in March, Vast Data Inc. raised $100 million in April, and Glassbox Digital UK Ltd. raised $40 million (also in April)  just to name a few.

So everything is going smoothly, right? Not quite. The devil is in the details: a large part of the funding rounds were initiated prior to the crisis and only completed in recent weeks. Conversations with tech executives revealed that while major funding rounds are indeed taking place, investors are closely examining their prospective investments’ ability to adjust to the new reality and many companies have updated their valuations. The most worrisome indicator so far is that seed round investments have dropped significantly. Only four such rounds were announced in February, compared to 20 in January.

Looking ahead to the post-coronavirus era paints a grim picture. Where things end up depends largely on how long the pandemic sticks around for, and when international flights, conferences, and other business activities resume. Though companies have adapted to remote work, the executives we spoke to said it would be difficult to maintain operations in that manner going forward. Airlines, sports, and entertainment companies were among the major clients of Israeli tech companies, and the fact that those industries are still dormant makes things very difficult for many of the companies. One senior manager told Calcalist that “entire industries turned to dust.”

This leads to a major cash flow problem for companies who can not issue invoices or collect on debts owed to them by the industries hardest hit by the crisis. An executive from one of the unicorns on the list told us that he’s unable to collect tens of millions of dollars of debt owed to his company.

What happened to the companies that we featured last year? The three top-ranked companies, Riskified, AppsFlyer, and Sisense, completed substantial funding rounds. Riskified Ltd., which develops products for online retailers, raised $165 million, at a near $1 billion valuation. AppsFlyer Inc. which develops marketing tools on mobile sites raised $200 million at a $1.6 billion valuation. Sisense, which develops a business analytics software, completed a $100 million round bringing it into unicorn territory and recruited 100 employees, recently had to lay off eight workers in response to the new circumstances. Another company that completed an impressive funding round is Via Transportation Inc. which raised $400 million with a reported valuation of $2.2 billion.

When it comes to exits, Avigdor Willenz’s AI chip manufacturer Habana Labs Ltd. registered a $2 billion exit after raising only $120 million. It is considered one of the most successful exits by an Israeli company in terms of return on investment.

MyHeritage Ltd., which is a leader in the family history and DNA testing field, is another standout company. Gilad Japhet, who is its CEO and co-founder, put the company at the government’s service to help combat covid-19. MyHeritage supplied 66,000 swabs from its emergency stockpile and initiated cooperation with China-based BGI to establish a testing lab in Israel.

Some of the companies that were on last year’s list didn’t make the cut this time: Twiggle Ltd., which developed an AI-powered search engine for e-commerce platforms, was forced to fire a majority of its workers after failing to raise money or be acquired. Similarweb Ltd. had to lay off 10% of its staff around the world because of the coronavirus crisis. Aqua Security Software Ltd., which recruited many workers, had to let go of 20 of them.

The damage inflicted on the travel, entertainment, and sports industries had a knock-on effect on startups that were featured prominently on our list in recent years: companies like sports site focused Minute Media or hospitality software developer Guesty had to cut salaries and send workers on unpaid leave in order to survive.

The Covid-19 pandemic began as a health crisis but has developed into a financial crisis, whose impact we will only be able to gauge in the future. It will take months for the full impact on the tourism, entertainment, and sports sectors to set in. On the flip side, gaming companies and startups that support remote access are likely to gain strength, as are companies in the fields of cybersecurity and medical technology.

All of these developments have an impact on human lives. In the 11 years Calcalist has been publishing its list of most promising startups, the Israeli tech sector has undergone rapid maturation to become a capital-heavy industry that dictates decision-making for the entire market and shifted priorities in the education system. The massive investments that have poured in and the competition for workers has led the Israeli tech sector to offer hedonistic benefits for its employees: yearly retreats to Mexico, wild parties in Greece, and company events that include a-list performers who are flown in from abroad, not to mention lavish offices, in-house chefs, and massage stations.

The coronavirus-induced fog hasn’t dispersed yet, but tech companies have a chance to do some introspection. It will be interesting to see whether the return to normal operations will also see a return to the overblown perks, even at the expense of a few workers. Moreover, in many cases, the first workers to go are the administrative and maintenance workers, the people who will likely have the hardest time finding new jobs in this time of crisis.