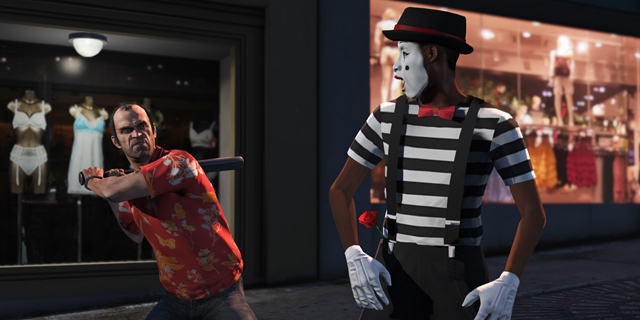 After Coronavirus: These Are Our 5 Most Anticipated Video Games

While many are troubled by the ongoing economic crisis or when they will be allowed to finally sunbathe in public, we are waiting for the next generation of gaming consoles

True, it is not over until it is over, but there are those of us who are already smelling the return to routine after months of closures, restrictions, and quarantines. While many are troubled by the ongoing economic crisis or when they will be allowed to finally sunbathe in public, we are waiting for the next generation of gaming consoles: The PS5, the Xbox Series X, and the Nintendo Switch 2, along with the new games that are already under development, for the new devices and also for the existing consoles. The following are the list of games that we are most anticipating:

One of the games that is just a hand’s reach away from us is the game we have been looking forward to for a whole year, the Avengers action game that will combine all of our favorite heroes including Iron Man, the Incredible Hulk, Thor, Captain America, and Black Widow that includes an updated animation with a new plot. According to animator reports, the game will present a large, open map, much like the one Spider-Man swung around in New York City that was released for Sony in 2018. For those of you who have not seen the trailer yet—feel free to watch and be excited right now.

Speaking of Spider-Man, it is rumored that one of the launch games for Sony's new console, the PS5, will be none other than the sequel to Marvel's Spider-Man's successful game. Without revealing too many spoilers, we can tell you there is a very good chance that it will also feature the series' most beloved villain, Venom. For those who are wondering why, watch the video below that shows the end of the previous version of the game.

Some of you may remember EA Games’ Harry Potter series that accompanied the successful Warner Bros. movie, which was dubbed by the original cast, and provided another angle to the wonderful J.K. Rowling wizarding world. Last year, the network leaked a video announcing the arrival of a new game that, unlike its predecessors, does not follow the film series but focuses on the wizarding world itself. The video revealed what appears to be a network of role-playing games (RPG) that feature particularly impressive graphics among the familiar Hogwarts Castle walls.

According to the video, the player will portray the character of a student, in a custom design of course, and roam Rowling’s world whether in the hallways, the dining room, the famous stairwell, or the woods. At the same time, some of the magic familiar to us from the book series was presented, including the Lumos and Reparo spells, among others. Following the leak, the gaming industry had to approve the project. However, it is not yet known which company is responsible for it. According to rumors, the game will be called Harry Potter: Magic Awakened.

Having already realized that we are fans of the superheroes series, we will move on to an older series of games, which just two days ago announced the new installment it is working on right now: Assassin's Creed Valhalla. Assassin's faith games, or AC for short, have been with us since 2007, and each game focuses on a different time period and restores, many times accurately, entire cities. So accurate in fact, that recently the name of the game Assassin's Creed Unity (which received mixed reviews) returned to the headlines after it was revealed that it would be used to help remodel the burnt down Notre Dame Cathedral.

What do we know about the new game? Not much. There is hardly any information on it other than an impressive trailer and logo that indicates that the game will take place in the Viking Age and that it is expected to be out during the holiday season in the United States. So. prepare your axes.

If there is a video game that is considered the highlight of the gaming world, one whose latest release has garnered its releasing company more than $815 million, is the Grand Theft Auto game, or GTA. For those who don’t remember the first or second version of the game released in the 90s, its premise is a car thief and a killer who wants to bring home the bacon, as well as some luxury vehicles while he’s at it.

One of the innovations in the fifth installment of the series was the possibility of playing more than one character. And according to rumors, Rockstar is going to continue with this premise and at the same time, perfect the online game options. There are also rumors about the game being launched along with the release of the new Xbox and PS5 gaming consoles. If this is in fact the case, this should happen soon after the end of the coronavirus crisis, and we sure hope that they are true.

There are many other games that were not included in this article, like the new title for the Batman games series, Batman Arkham Legacy (unofficial name), which is in advanced development, or the Horizon Zero Dawn 2 game that may be released when the PS5 is launched.

Are there other games coming out that you are eagerly waiting for their unveiling? Tell us in the comments!