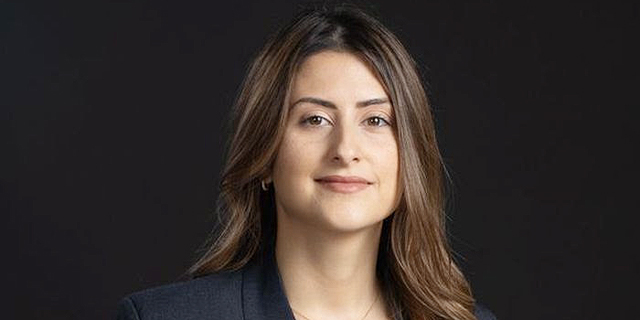 Venture capital investment, much like life, is all about capitalizing on opportunities. Shayma Sharif knows all about that. Not only because she was recently promoted to the position of principal at VC firm NFX Guild, but also due to her unique journey to the heart of the Israeli venture capital world.

Originally from East Jerusalem, Sharif was introduced to the tech world by the MEET program - Middle East Entrepreneurs of Tomorrow. Just over a decade later, in 2018, at the age of 28, she was named as a MEET board member. That is also where she met fellow board member, Gigi Levy-Weiss, one of Israel's best-known investors and the managing partner of NFX, ultimately leading her to the VC.

The coronavirus (Covid-19) pandemic has changed the investing industry, much as it has many aspects of life, according to Sharif. But NFX isn't one of those VCs currently sitting tight waiting for the storm to blow over. On the contrary, it announced last month a new $20 million fund named the FAST Seed initiative. Founders can apply for a $1-2 million seed round for 15% of equity, and receive a commitment in nine days or less. The first window to make FAST investments opened on April 14 and will end on May 22.

"We know from past crises that some great startups and companies will rise," Sharif explained in an interview with CTech. "A crisis can also focus the mind of the founders as they find a way to work around it. So we launched a program called the FAST Seed initiative in which we commit to nine days SLA (Service-level agreement). Not only that, but we also provide feedback for every applicant so we don't leave them hanging."

Sharif said that NFX has already received 2,000 applications both in its Israel and San Francisco headquarters, with several deals being close to completion. "We challenge the way traditional investment is done. There is a big emphasis on speed," Sharif added. "It is something that we expect from founders we invest in, to always be fast and to know when to iterate so we also take it on ourselves in terms of the meetings, the due diligence, and the financial process."

Sharif got her Bachelor’s and Master’s degrees in Civil Engineering at the Technion - Israel Institute of Technology, before her career took off at the Boston Consulting Group (BCG). She said different types of startups with different sets of needs are seeking investment via the FAST program. "We see that some early stage companies are looking for their seeds while others may need to extend their runway more due to the situation so they apply even though they already raised some money before," she explained. "And many companies I've heard from have applied because they just wanted to know if we are interested."

NFX generally invests in software companies that have some network effects built in them, according to Sharif. The coronavirus crisis hasn't transformed NFX’s decision-making process, but it has certainly had an effect. "We invest in software companies and many of those are still relevant today, but yes when we are making decisions on investments now we are asking ourselves will this company or will this founder be able to build a great team at this time and are they going to be able to iterate fast enough and find a product market fit," she noted. "It is definitely part of the discussion, but I wouldn't say that we've changed dramatically the way we invest. It really is the normal process, just with small adjustments."

Sharif said that she's been seeing more Arab-Israelis enter the industry over recent years, but that there are still very few in her type of position. She joined NFX last year shortly after the company raised $275 million in commitments for its second fund. NFX's first fund closed with commitments of $175 million in October 2017. "It is a combination of working hard and getting the foundation to be able to do this type of role, but also having someone who is willing to hire a person from a different background who is not from a very close network and support them," said Sharif of her career path. "As long as we have more of these combinations going forward we will see more Arabs in the industry in Israel. The more we see people like us in the roles that we aspire to, or doing things that we want to do, the more subconsciously we believe that we can do it. So I want to help do that and inspire younger people like myself."