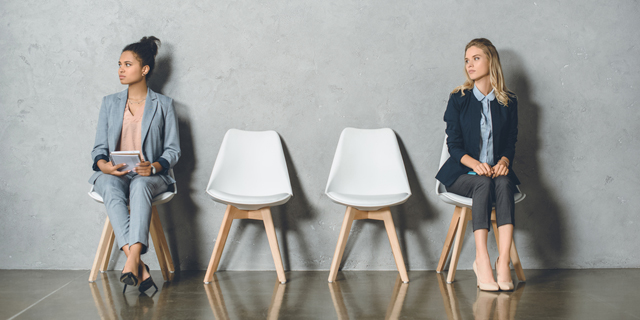 From Monday.com to Facebook, some companies in Israel manage to avoid layoffs and are even recruiting new employees. With video chat interviews and remote onboarding processes, the pandemic is transforming the entire hiring process

Even now, amid the coronavirus (Covid-19) crisis and the uncertainty and restrictions that come with it, some companies manage to avoid layoffs and unpaid leaves and are even recruiting new employees. Interviews are done through video chats and onboarding is also done remotely. To understand how the crisis affected the recruitment process and even what it takes to get hired these days, Calcalist spoke to human resources executives at some of these leading companies. People tend to think that there is a specific thing they can say that would make the difference between getting the job and not getting it, but it is more about the story they tell and the way previous positions affected who they are today, Shelly Meyer, vice president of human resources at Nasdaq-listed website building company Wix.com Ltd., told Calcalist in a recent interview. “If you take a lawyer applying to be a product manager, the ability to understand what they previously did and the skills they used to do their jobs could predict their success at Wix,” she said. “We follow our gut instinct a lot but, now, as interviews are done on video, the interviewers' ability to sense chemistry and rely on instinct is limited,” she explained. 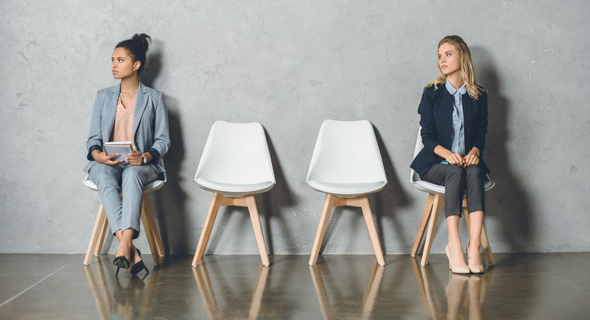 The tests applicants undergo have not changed due to the crisis but the interview conducted through a screen is different and often longer as it takes more time to properly assess the candidate, Meyer said. On the other hand, video interviews conducted from home give HR a better sense of the person by providing a peek at their domestic environment, and at their spouse and children, she added. “This helps bridge some of the gap created by the screen and helps broaden the discourse,” she said. “It happens that, during an interview, a candidate needs to say goodbye to their wife who is leaving or my son could be asking me a question,” she explained. “Normally, a candidate would be offended if I took a call from my son mid-interview, but now we are all in the same boat.” Wix is currently looking to fill over 150 open positions, including in development, marketing, product management, customer service, operation, and content. Since the beginning of March, Wix has made 81 new hires, with recruitment and onboarding all done remotely. “Many candidates were concerned and asked if the position was even real and if we are really going to take in new employees at a time like this,” Meyer said. According to her, a lot of candidates are afraid to leave their current jobs right now and there are a lot more questions about the company and its stability. Wix has also seen a rise in the number of resumes sent, from people who have been placed on unpaid leave or fired to people who heard about the company and want to work there, she said. According to Meyer, the questions asked during video interviews are similar to those asked in face-to-face interviews, but there are typically more of them when the interview is done online. “Some people have a better screen presence than others and we are doing the best we can to make it easier for candidates to successfully interview through this media,” she said. “There are some people that we identified as good candidates but their video interviews did not go well and we could sense their high tension, so we decided to contact them again once we can do face-to-face interviews again,” she added.

To be accepted for a job at Wix candidates need to be the right fit both for the specific job and the company’s culture and, according to Meyer, part of the challenge is identifying personality traits in a video interview. “There is less energy through a screen so the interviewer must challenge the candidate to get them out of their comfort zone,” she said.

In addition to the personal interview that examines personal compatibility, there are also professional tests conducted. A person applying for an HR position, for example, will have to prove they can predict a candidate’s success in the company. “We don’t care about education, rather about talent, making the professional exam extremely critical,” she said. “We try to predict a person’s success in their next role, rather than asses their success in a previous one.” The day-to-day work at the office is part of the DNA of Tel Aviv-based team management and productivity startup Monday.com Labs Ltd., according to Noy Gurevitz, an HR recruiter for the company. “Before Covid-19, a candidate’s visit to our offices for interviews played a major part in the recruitment process, but we adjusted and are doing video interviews and prepping interviewers for them,” she told Calcalist.

According to Gurevitz Monday.com’s hiring process did not change much, with the number as well as the length of interviews done with each candidate remaining the same.

Monday.com, which made Calcalist's list of top Israeli unicorns, is currently hiring for hundreds of open positions including in development, sales, and marketing. Professional requirements for each position vary but, Gurevitz said, the most important characteristics of a successful applicant are compatibility with the company’s culture, independence—which is especially critical now—good teamwork skills, honesty, and transparency. To determine if a candidate holds these traits, Monday.com interviewers will generally ask them about a project they were passionate about outside the realms of their particular job. This shows leadership and outside-the-box thinking, Gurevitz said. At Facebook Israel, the HR team realized that in order to continue hiring during these turbulent times, the company has to be attentive to the needs of candidates, according to Yael On, a recruiting manager at the company. The process changed so candidates are contacted several days ahead of their interviews to see if they need to reschedule and make sure they are familiar with the platform in which they are interviewed, On told Calcalist. During an interview day at Facebook, candidates go through four or six interviews, she said. This practice was also adjusted for the coronavirus age, letting candidates split the process into several days or take breaks according to their personal needs, she added. Facebook is looking to hire over 100 people for its Israel research and development center. The company did not change its requirements of potential employees but does pay extra attention to being empathetic of candidates’ unique situations and to reducing stress levels and bias, On explained.

At eBay, the crisis is an opportunity to make the recruitment process more flexible, according to Inbar Brilant, HR business partner at eBay Israel. “Some interviews take place at ten at night because at the candidates’ request,” Brilant told Calcalist.

EBay’s Israel’s research and development center is looking to hire 20 people for positions including full-stack developers, frontend engineers, applied researchers, and automation professionals. “During the Passover holiday season there was a decrease in the number of applications we received but I am optimistic about next week,” Brilant said. When it comes to wages, Brilant said candidates are not willing to compromise, nor should they. “Salaries are determined by position and experience and are not dependent on the market,” she said. Like the other companies we spoke to, according to Brilant, eBay now places more significance on independent work, self-management skills, and a productive work environment in the home. “Most of our employees are very productive from home and the company’s policy is to continue remote work for now,” she said. “I think these are traits we are looking for regardless of the current situation, which is only temporary.” Cybersecurity company Cybereason Inc. also found it had to be more flexible in its hiring process. “We added an online technical exam that was previously done at the office and hold more calls to increase our interaction with candidates and examine their compatibility,” Gal Noff-Eitan, head of HR for Cybereason’s Tel Aviv office, told Calcalist. “It is definitely more difficult to convey who you really are in a Zoom interview than it is face-to-face and we are well aware of that,” she said. Currently looking to hire some 30 people for its Tel Aviv research and development center, Cybereason puts particular emphasis on resilience. “Being able to stick to things—for example, if a person does judo training for 13 years or does not move from one workplace to another too often—is a good sign,” Noff-Eitan said. “It is important for us to know the candidate’s story,” she said. “It is not trivial to be looking for work during these trying times and people are far more reluctant to leave a position.”