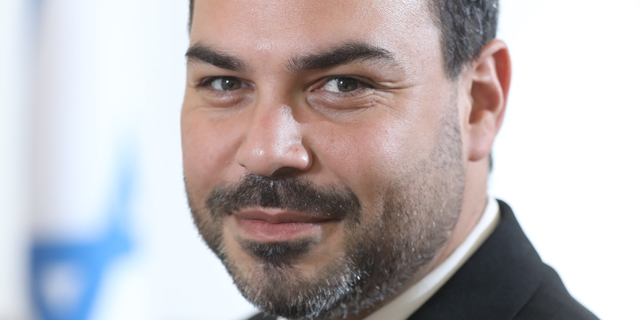 "There is an opportunity in every crisis as long as you are one of the first to identify it and know how to make the most of it," says Yakir Davidson, Head of the Economic and Trade Mission at the Israeli Embassy in Moscow, summing up in one sentence not just his role in Russia, but what all 44 economic missions operated globally by the Ministry of Economy and Industry are aiming to achieve during the coronavirus (Covid-19) pandemic. "This is a new and strange time for everyone," Davidson told CTech last week. "Russia is entering a recession and our job is to find the place where Israeli technology fits in and show them why it is worthwhile investing in innovation."

Yakir Davidson, Head of the Economic and Trade Mission at the Israeli Embassy in Moscow. Photo: Gideon Sharon

Russia has been one of the worst-hit countries by the pandemic, passing 300,000 documented cases on Wednesday, the second-highest in the world trailing only the U.S. But there is some hope that the worst is already behind it, with Russia reporting 8,764 new infections on Wednesday, the lowest daily increase since May 1. While Russia has the second most infections in the world, its death rate is much lower than many other countries, with 135 people reported to have died from the virus on Wednesday, taking the overall death toll to 2,972. That is just 20 deaths per one million people, well below the U.S. (287), not to mention the U.K. (526), Italy (535), and Spain (596). Davidson explained that on the one hand, Russia closed its border with China very early on, but nevertheless remained complacent. There was a sense in the public that Russia would be spared, but now the aid airlift the country had previously sent to Italy is being sent back because of the situation. The Russian economy has accordingly suffered a massive blow, with the recent oil price war with Saudi Arabia further complicating matters. "Besides the pandemic which shut down the entire service sector, there was also the oil price war. Despite its efforts to change the situation, Russia is still very dependent on the price of oil and it took a real big hit with the drop in price," Davidson said. "The unemployment rate that was at 2.5% is expected to rise to 8%, and unlike in Israel, this isn't temporary unemployment. The employers are also saying that they will need to further cut jobs. The economy is really suffering and this is leading the Russians to open up businesses. There is a lot of economic and political pressure to get the economy back on track. On the one hand, Russia is at the height of the outbreak, but on the other hand, it is also experiencing the peak of financial difficulties so they are trying to find the right balance." Russia's GDP is expected to shrink between 4% to 6% in 2020, with 2021 only likely to bring growth of around 1%. "It is also important to remember that even before the pandemic Russia hadn't gotten back to where it was prior to the 2015 crisis," Davidson noted. "The Russian business sector is on the fence right now. We are continuing to work with Russian companies and they are interested in our technologies, but most of them want to wait until the end of the summer to see where things are at," he said. "We recently set up a cooperation between an Israeli and Russian company and they said everything was great, but that they want to wait at least until June before signing a deal." The economic mission in Moscow is planning to hold an online conference during June, hoping to capitalize on the interest in Israeli tech suited for the Covid-19 era. "The people I work with on the Russian side are mainly innovation officers and they are ultimately expected to prove themselves in situations like this," Davidson explained. "It is true that innovation is usually the first thing to get cut in times of trouble, but in the current reality, innovation officers need to prove themselves and bring solutions, which we are trying to provide. Our job as a mission is to open doors, but once the doors are open it is also our role to smooth off the rough edges, especially in a country like Russia when there is always more than meets the eye. "We have received at least double the number of approaches from Israeli companies than during a usual month. Many from companies connected to health care, but also from companies with non-medical tech that suits the situation. There are also a lot of approaches from people who suddenly found themselves with a lot of time and are firing in every direction. It is important that everyone remembers that when you enter a new market, especially one that isn't trivial like Russia, you need to make sure you do your homework," Davidson stressed. "The most important thing for the Russians, and what always helps in situations like these, is to focus on the return on investment (ROI). The Israeli products are usually very good, but are also usually pretty expensive. You might have the coolest product, but that doesn't matter if you can't show how it will return the investment and when it will turn a profit."