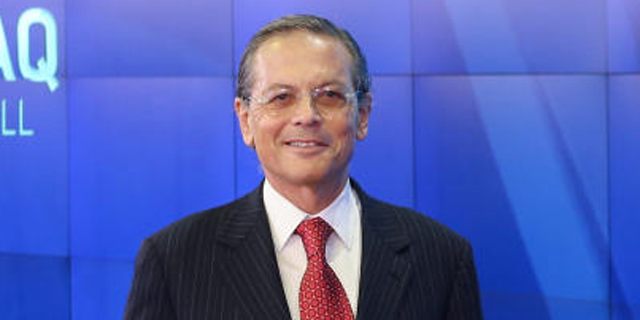 ”Exits are not a Strategy. I Never put up a ‘For Sale’ Sign”

Arie Belldegrun, chairman of UroGen Pharma, talks about catching Covid-19 and gaining FDA approval in the midst of a global pandemic

The world is beginning to recover from Covid-19, but you experienced it in the flesh. “I was one of the first people in the West to get sick after getting infected at a medical conference with hundreds of participants in Boston. A lot more people were infected there, It was on March 2nd, it seems like years ago, no one was even thinking of canceling conferences and everyone behaved as normal. A few days later I started coughing, but I kept on traveling around the U.S. in New York and Boston. But it felt odd because the cough wouldn’t go away and felt different from the flu. I got home and I had a fever, shivers, and horrible fatigue. I couldn’t get up. Since I teach at UCLA, I immediately went there to get tested for Covid-19 and it came out positive. A few days later I felt better, but it took more than a week for the cough to go away. The conference I took part in wasn’t the only one. A couple of days earlier there was a meetup in Boston of Biogen executives. About 50 people got sick there.” 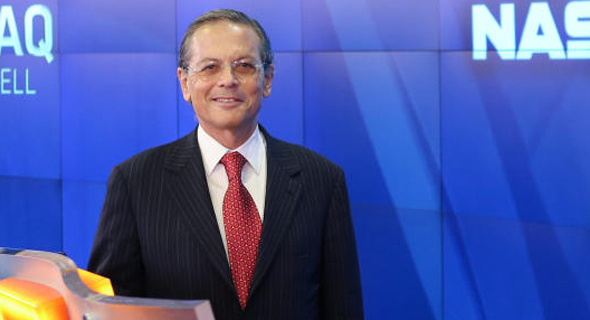 You are a doctor of medicine and a serial entrepreneur running companies that develop many different drugs and treatments. Since the coronavirus eruption, you also host a podcast on treatments for Covid-19. Where do you think the world stands in terms of a vaccination? “The company that is currently leading the research and development of a vaccine is Moderna. Tal Zaks, an Israeli, who is running the effort to find a vaccine is a good friend of mine. They also received a $500 million grant from the U.S. government to speed things along, but it is still too soon to know if it works. When I look at how long it takes to develop a vaccine in the U.S., the average is 10.7 years. Gilead, for example, who recently received FDA approval for its Remdesivir treatment for severe cases of coronavirus, has been trying unsuccessfully to develop a vaccine for AIDS for the last 40 years. The only disease for which people were able to produce a vaccine quickly is the mumps, and that took four years.” So, you aren’t optimistic? “Not really, but on the other hand the whole world is working on it. Apart from Moderna, there are also companies in Germany and China trying to develop a vaccine, all scientists are working on it and there are new technologies. The serious results are due in late 2020, and then we'll see if we are close to a vaccination or not. The thing about vaccines, as opposed to medication, is that you’re putting something into a human body that stays there for the rest of their life, so it takes more time to ensure you get it right." How do you assess Israel’s treatment of the pandemic? “Israel did a better job treating the coronavirus than the U.S. did. It has to do with Israel being a smaller and more homogeneous country.” Speaking of Israel, UroGen Pharma Ltd., the company you are chairman of and operates out of Ra’anana, has received FDA approval to begin marketing a gel that replaces the need for kidney surgery in the case of upper urinary tract cancer. How was such approval obtained in the midst of the global crisis? "The FDA had planned to send seven people to the offices in order to test the new drug. In the end, because of the pandemic, they didn't come but still gave the approval. The rule of thumb today is that you have to invest $2 billion in drug development until you get FDA approval. We raised $300 million in a number of IPOs since the first in 2017 and we still have money in the till. When we presented the drug to the FDA, they put us on a pathway for breakthrough drugs and told us to quickly develop something that no one had developed yet. ‘Get results fast,’ they told us. We asked what the criterion we’d need to meet to get the permit and they answered that if the product could save the patient’s kidney, and 25% of the time prevent surgery, it would be big. Our drug is able to prevent surgery in 85% of the cases. The product is essentially a gel that adheres to the bladder wall and slowly releases the drug gradually over four to five hours. The treatment is administered at clinics and usually requires six cycles. It seems like most of UroGen’s operations have moved from Israel to the U.S. in recent years. When I first came across UroGen (which had been operating since 2004 under the name Theracoat) I really liked the general idea, but I realized that getting certified would take a long time and require a lot of money. So we moved it to New York, I brought on Liz Barrett, who ran all the cancer development in Switzerland, to be CEO and a well known expert on bladder infections as the chief medical oficer. We established an American company that we listed on NASDAQ. Today, 30 of the 150 employees are based in Israel.” FDA approval was expected to jumpstart the company, but UroGgen is still being traded at a valuation of around $500 million, reflecting a decline from the beginning of the year. How do you explain this apathy in the market? "The product that was now approved is our smaller product, designed to treat a rare type of upper urinary cancer, and its sales are set to reach $350 million a year. But Wall Street is really waiting for our major product, one that’s meant to cure cancer of the bladder. We are already sharing the intermediate results of the second clinical phase and they are amazing. It's hard to believe that the results of the third phase will be different and I estimate that within a year we will get FDA approval for this product too. In cases of cancer of the bladder, they don’t remove the bladder itself, only the tumors, and these tend to return. There are patients who have to come in every three months for surgery to cut out the tumors. In the U.S. alone there are some 80,000 patients a year who develop recurrent tumors. Our drug will provide a solution." So is UroGen next on your list of exits? Throughout my business history, exits were never the strategy. You build a company to grow it and bring in more products, and if along the way you prove to be of interest to big companies, that’s great. But I never put up a ‘for sale’ sign. When I started the negotiations over Kate Pharma with Gilead, the price discussed was $7 billion. In the end the deal was signed at $12 billion. How? Because I told them 'you approached me, I didn’t come to you'. We talked for seven months until they were convinced. “The sale of Cougar Biotechnology to Johnson & Johnson was similar. We started talking at $500 million and settled on $1 billion, and that was at the height of the 2008 financial crisis when everyone thought the world was falling apart.”