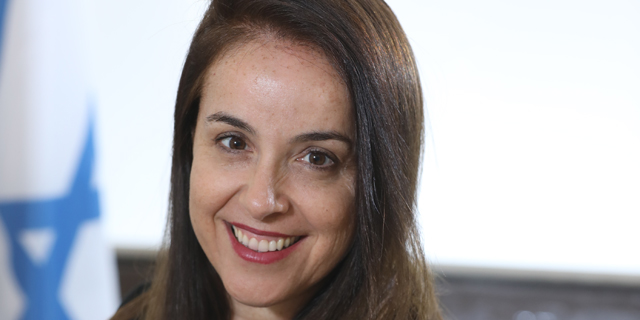 Japan is in Need of a Digital Upheaval, Israeli Tech Can Help

The economic situation in Japan is affecting financial relations with Israel, but according to Noa Asher, economic attache to Tokyo, it also presents many opportunities

The economic relations between Israel and Japan were at an all-time high entering this year. But then coronavirus (Covid-19) happened. Japan, the world’s third-largest economy, has taken a massive hit due to Covid-19, with the first cases in the country already showing up in January. The pandemic state of emergency was brought to an end on Tuesday in an attempt to get business back on track, but at no stage was there an actual lockdown enforced. The government only issued voluntary requests for people to stay home, work remotely and avoid train travel, for example. New infections and death rate graphs have both flattened, with 32 confirmed cases on Wednesday taking the country's total to 16,696, while nine additional deaths increased the overall toll to 869. Japan's rate of 133 cases per one million people is significantly lower than that of places like the U.S. (5,267), Spain (5,027) and the U.K. (4,023).

However, despite its relative success with containing the virus from a medical standpoint, the economic cost has been massive. The economy shrank an annualized 3.4% in the first three months through March, which followed a 6.4% decline during the fourth quarter of 2019, pushing Japan into a technical recession. Economists are also predicting Japan's economy will diminish at a frightening annual pace of 22% in the second quarter of 2020. Japan's cabinet approved a proposed 32 trillion yen (approximately $300 billion) supplementary budget on Wednesday, taking the combined stimulus enacted so far to 230 trillion yen ($2.1 trillion).

The situation in Japan obviously has a major effect on the financial relations with Israel, but according to Noa Asher, Head of the Israel Economic and Trade Mission to Japan, it also presents many opportunities.

"There has been a real revolution in the economic relationship between Israel and Japan over recent years. From a place in which the Japanese knew very little about the country, Israel has come to be associated with innovation and startup nation," Asher told CTech earlier this week. "There are over 70 Japanese companies that have opened offices in Israel in order to produce advanced technologies. 2019 was a record year, with over 50 deals being completed, which is twice as many as the previous year. The economic relations between the countries were in a state of paradise. At least we entered this crisis in a good situation and coronavirus should also give a boost to the entire digital transformation movement. The Japanese can no longer ignore it. They need to find a way to move with the times. For example, in Japan it is customary to stamp important documents with your hanko - a personal seal. And now with the coronavirus they were stuck and didn't know what to do as they couldn't go to the office and stamp the documents with their hanko and it prevented them from closing deals. Something like an electronic signature is very uncommon in Japan so even all these small things are requiring the Japanese to adapt.

"On the one hand Israeli companies have an opportunity in Japan due to their technologies in the digital sphere, but on the other hand, you can't ignore the fact that Japan's economy has suffered a huge blow and there is less money and companies might be scared of taking risks."

Japan is in the midst of a four-stage exit plan, but that, of course, came far too late to save the Tokyo 2020 Olympics, which the country was looking forward to for so many reasons, but ultimately had to be pushed to the summer of 2021 in late March.

"The coronavirus started here at around mid-January already. There were Chinese tourists that were identified as spreading the virus. In February, we had the ordeal with the Diamond Princess cruise ship, with its 700 cases, and it continued to spread from there. Nevertheless, it wasn't until April 7 that a state of emergency was officially announced. And even then it wasn't a lockdown by enforcement. They essentially only requested that people listen to the instructions, like not using the trains and working from home," Asher explained. "The Japanese wanted to achieve an 80% decrease in face-to-face meetings and a 70% decrease in train rides, and I think they managed that. The infection rate here right now is extremely low. Around 30 cases a day for the past couple of weeks and around 10 in Tokyo, which is a city of 13 million people.

"The Olympics were like a beacon of hope for the Japanese who wanted to show the world that they are no longer in recession and have recovered from the 2011 Tsunami disaster," Asher added. "They hung on to the hope until the International Olympic Committee basically told them that they had to make a decision and they had no choice but to postpone it by a year. The city was already all set for the Olympics and the economic cost of the postponement is huge."

Japan's financial challenge is different from that of many economies as its economy has been stagnant for decades.

"Japan didn't manage to register significant growth over the past decade regardless of the pandemic," said Asher. "There are several changes they are looking to make due to the coronavirus. They are aiming to diversify their production because of their huge dependence on Chinese imports. There was a drop of 40% in imports from China in the first quarter of the year. This resulted in the shutting down of Japanese factories as they didn't have raw materials that usually come from China to work with. The Japanese government is talking about upgrading production and is providing incentives. They also want to diversify their imports. They don't want to be so reliant on China and want to open factories in other places like South-East Asia and countries like Vietnam, Indonesia and Malaysia.

"The second change they are focusing on is digital transformation. For example, they recently passed new regulations regarding smart cities that will allow the mayor and the heads of regions to promote advanced technologies. They are also planning on making regulatory changes to promote medtech and remote health care, which is something that barely exists in Japan. E-learning is also something that they are talking about as remote learning is something that could continue for a while. Teleworking is also an issue they will need to address by improving networks and adopting 5G to cope with the challenge."

The economic mission in Tokyo, one of 44 economic missions operated globally by the Ministry of Economy and Industry, organized together with the Israel Export Institute a two-day webinar earlier this week in which 10 Israeli companies demonstrated how they can leverage the new 5G infrastructure and present innovative use cases to 350 representatives of leading corporates in the Japanese market.

Asher, who will complete a six-year tenure in Tokyo this August, explained how far the economic relations have come since she first arrived in Japan. "It is amazing to see how things have changed. When I arrived in August 2014 I had to walk around and knock on doors of companies and organizations to introduce myself. Now, prior to the coronavirus, I never had to leave my office as I had 6-7 meetings per day with companies that wanted to talk to us. We helped set up the Japan Israel Innovation Network and have some incredible partnerships with Japanese organizations. We did a campaign in the Japanese media and we saw through a survey we did with Nikkei, which is the world's largest financial newspaper, that Israel went from being associated with conflict, wars and missiles to being connected with innovation and things like AI and Big Data.

"The Israeli companies have also felt in recent years the difference in the Japanese attitude towards Israel," Asher added. "I think that the Japanese understood that they have no choice and that if they want to remain a leading economy and competitive on the world stage they need to check out everything that is happening throughout the world and not just depend on Silicon Valley."

Asher said that delegation visits to Japan and of Japanese businesses to Israel are especially crucial to creating relationships and their absence has made the mission's role even more significant than it was previously.

"With Israeli companies unable to come here I really feel that we are their ambassadors even more than usual. They really depend on us right now and we are receiving more approaches than ever. Last year we hosted a delegation from Israel basically once a month, usually for three days, two in Tokyo and one in Osaka. We also organized many visits of Japanese businesses in Israel, with four separate delegations visiting in the last quarter of 2019 alone. The new direct flight from Tokyo to Tel Aviv was also set to open and we were really looking forward to that. Now that has all been canceled and companies are really depending on us to help them as much as we can," said Asher. "It is important to remember that relationships in Japan take a long time to build and they make decisions a lot slower than we do in Israel. That can sometimes get in the way of creating a relationship because the Israelis are sure that the Japanese aren't interested and they move on and miss opportunities in the Japanese market. You have to take into account that relationships here are built very slowly, but once you have created a relationship and trust with your Japanese partner that is something that will last forever."