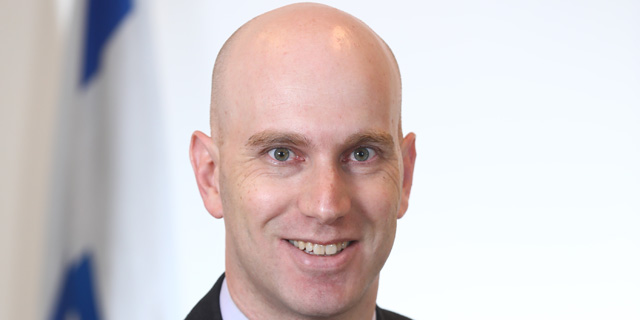 A unique set of circumstances has made South Korea, now more than ever, an ideal target market for Israeli companies, says Yaniv Goldberg, Head of the Israel Economic and Trade Mission to Korea.

The economic ramifications of the coronavirus (Covid-19) pandemic are still being calculated, but it is already clear they will be catastrophic for some countries. For South Korea on the other hand, the blow wasn't as significant according to Goldberg, leaving it well placed to make a quick recovery and provide an outlet for Israeli tech.

"When Israeli startups look at the world I think they are identifying a problem with the U.S. and Europe, which are usually the first markets they look at," Goldberg told CTech last week. "The U.S. and Europe are still licking their wounds from the Covid-19 pandemic while in the Far East and South Korea specifically, the coronavirus didn't strike such a bad blow. I think more and more Israeli companies are looking at South Korea as their first international market. There are also question marks surrounding China due to the many reports regarding its conflict with the U.S."

South Korea's handling of the pandemic has been hailed as a success by experts, with 35 additional cases on Monday raising the total to 11,503 since the first case was officially diagnosed on January 20, according to the Korea Centers for Disease Control and Prevention (KCDC). Most of the new infections are tied to a distribution facility run by e-commerce leader Coupang in Bucheon, west of Seoul, which together with its metropolitan area is home to half of the country's population of 50 million. The total death toll rose by one to 271 on Monday, leaving the country with one of the lowest deaths per one million people anywhere in the world.

While South Korea's economy, the fourth-largest in Asia, isn't facing a disaster like other countries, it nevertheless suffered a hit, with the finance ministry revising down its growth outlook to 0.1% on Monday from the 2.4% forecast late last year. Last week, The Bank of Korea projected the country's economy will shrink by 0.2% this year, its worst figure since 1998. The government, however, is expecting the economy to rebound by 3.6 percent in 2021.

The focus on a digital transformation is something that could benefit Israeli companies in particular, many of which are already active in the industry in South Korea.

"Deep tech and anything to do with Big Data and AI and advanced technologies is what Israeli companies are best known for here," Goldberg said. "The trade between Israel and South Korea has been rising constantly and has already reached more than $2 billion a year, with Israeli export making up almost $1 billion of that. But there is a far greater potential that has yet to have been realized. The economies of South Korea and Israel complement each other. In Korea, you have big tech conglomerates like Hyundai, Samsung, LG, SK Telecom, Lotte and more and their perception of innovation is very different from that of a young Israeli startup that can maneuver easily. So when an Israeli startup has a deep technology that can be integrated into a Korean conglomerate, which can then scale it up to the entire world, that is massive. The potential is huge and we are seeing this trend gain momentum over time."

Another significant development in the economic relations between the countries is the free-trade agreement to eliminate tariffs which was completed between the parties last year and is about to be signed and ratified within the following year.

"There are many bureaucratic and technical processes that still need to be ironed out but by the end of this year the Korean parliament is set to approve the deal and we hope it will come into force at the end of this year or the beginning of 2021," Goldberg explained. "This is not only very good news for the cost of living in Israel, as cars and smartphones from Korea will become cheaper, but mainly good news for the Israeli exporters who will be able to be as competitive in Korea as German or American companies for example."

While Seoul imposed no actual lockdown at any stage of the outbreak, companies did send their employees to work remotely and valuable meetings between Israelis and Koreans had to be canceled or substituted with a Zoom call. Goldberg and his team, one of 44 economic missions operated globally by the Ministry of Economy and Industry, have been busy facilitating online meetings and arranging webinars, including with the Sheba Medical Center's ARC Innovation Center focusing on healthcare, bringing together Korean car giant Hyundai with Israeli autotech companies, and a Deep Tech webinar organized with Israeli VC Cardumen with their portfolio companies.

"As soon as you substitute an actual meeting with a webinar or some online activity you have to make sure you have an eye-catching title and innovative content. You can't just do something about a topic that isn't very interesting to them. You need to be really focused and make it about topics that make Israeli innovation look attractive," Goldberg explained. "Online meetings don’t come easily for Koreans. It goes against their business culture. They prefer a physical meeting and to see the person they are doing business with. Korean culture has a very significant tradition that demands putting forth a great deal of effort when you are trying to sell someone something. You sometimes need to walk the extra mile before the buyer.

"One of the challenges for Israeli companies, especially now, is to make the most of their pitch," Goldberg added. "If you already managed to set up an online meeting with a Korean company, you must make sure that you are as prepared as possible with your marketing pitch. You can't afford to show up in classic Israeli style believing everything will be fine and try to wing it. You must understand that it took a lot of effort to set up this meeting and you must maximize your pitch."

Goldberg highlighted digital health care, which the Koreans are currently publicly trying to promote by easing regulations, and E-learning, as two fields in which Israeli technology has advantages which can be used to its benefit in the current climate.

Koreans are not known for making quick decisions and a possible worldwide recession is certainly only going to make them more cautious. However, Goldberg is confident they will snap up innovative Israeli technology that truly makes a difference.

"We are seeing Korean companies take a break from investing in research and development as they witness the crisis that is developing across the world. On the other hand, as soon as a Korean company sees a valuable technology it won't think twice as they have the financial backing and patience to invest," said Goldberg. "So there is a big challenge with companies holding back funds and perhaps also being less attentive to investing at this time. On the other hand, if you bring them an innovative idea or product, that is also perhaps relevant to life post-coronavirus, they will listen. Therefore you need to be very focused and bring them the most relevant and innovative technologies. The Koreans have a very innovative industry and many technologies of their own, so it is very important to present them with something that they can't already do themselves. If you come with a truly unique technology that blends many technological concepts, they will always be interested, even during the Covid-19 pandemic."