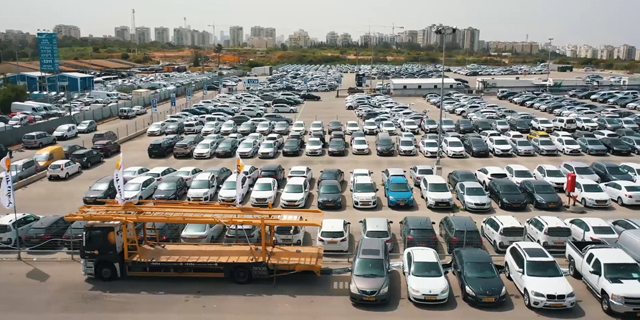 For years, tech companies have been trying to disrupt the used car market in the same way that Airbnb did to the hospitality industry, and Uber to the transportation sector. But time after time, the attempts met a wall of resistance caused by consumers’ distrust of the product and their need to inspect, touch, and test drive the cars before purchasing them. People have taken the leap of faith when it comes to consumer products such as clothes, appliances, and even food, but haven’t done so yet when it comes to relatively large and expensive second-hand products. A handful of companies are now attempting to rise to the challenge. One example is the online used car marketplace Vroom Inc., which last month filed documents to the U.S. Securities and Exchange Commission (SEC) ahead of a planned $100 million Nasdaq IPO in June. 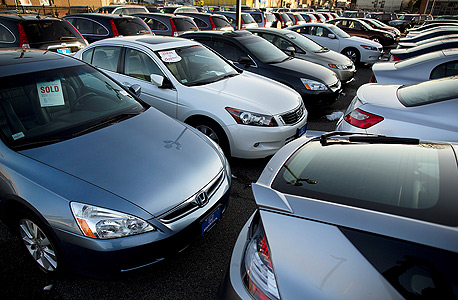 Founded in 2013, Vroom is active in the growing online used vehicle market, which is set to enjoy a long-term boost from the coronavirus (Covid-19) crisis, during which many people were unable to leave their homes. So far, the dominant player in the market has been Caravana LLC, which enjoyed an 800% increase in value since it listed on the NYSE in 2017. Currently valued at $16 billion, Caravana is substantially more valuable than Vroom, which is estimated to be valued at $1.5 billion. Caravana, Vroom, and other companies like Shift and Joydrive function as end-to-end e-commerce platforms that are used to purchase used vehicles from private owners, flip them, and sell them to new private owners. The entire process is done on an online store that provides potential buyers with technical information about the vehicles and a virtual tour of its exterior and interior while noting any possible flaws. The buyer never has to leave their home, speak to a car dealer, or haggle with a salesperson. Purchases are completed by rapid delivery to the new owner, a 90-day warranty, a week test-drive with return and refund options, and a variety of financing options. Vroom’s IPO comes after a relatively quiet period on Wall Street following the Covid-19 outbreak and a near freeze in the automotive industry. Manheim’s Popular Used Vehicle Value Index dropped by 10% in March and April, and used car dealerships experienced a 50% drop in sales. All of them, including Vroom, sent workers on unpaid leaves. The forced downtime provided an opportunity for companies like Vroom, who reportedly rushed to buy up used cars in the downward market in order to increase its inventory believing that people will prefer online purchases under the new health circumstances. According to car-trading and publishing corporation Cox Automotive, 60% of consumers have already expressed a desire to switch to online transactions because they prefer not to visit dealerships, which they find to be a stressful and frustrating experience, thanks largely to the sales staff on site. A June 2019 study by Mckenzie found that used car buyers spend 40% more time in researching the purchase compared to people who buy new cars. The reason for the increased time is that most used car purchasers have relatively limited resources and believe they have to better understand the product’s history in order to assess its quality, reliability, and value. Such considerations are less of a concern when buying a new vehicle when the main factor is the maker’s reputation and brand power. Despite the difficulties, a new wave of technologically savvy customers were able to push the competitive used-car market to the online world. Companies like Vroom and Caravana are trying to create a unique customer experience to differentiate them from the old-school dealership lots, with features like delivery to your door and financing platforms, which make up a central part of their business model. Caravana took innovation even further, deploying used-car vending machines across the U.S. 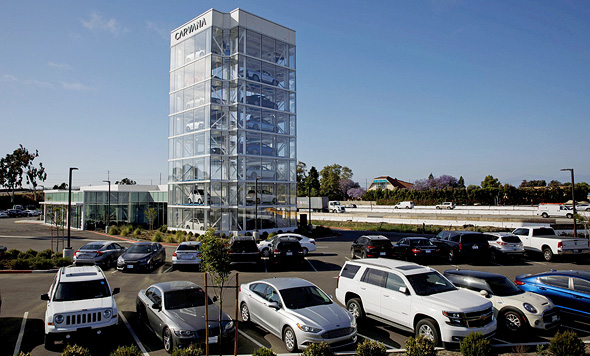 It’s not hard to see what’s driving the companies to innovate. According to Cox Automotive, the used car market is worth $776 billion a year in the U.S. alone, double that of new car sales. Last year, Americans bought 39.4 million used vehicles compared to just 17.3 new ones. According to Autopia, a company that helps consumers lease cars online, online car sales have traditionally made up only 10 to 15 percent of the total U.S. used vehicle market. Expectations of a major disruption is evident in Caravana’s stock price, which is being traded at around $100 a share, much higher than that of leading used car company CarMax, which is traded at $71 share, which earned five times the earnings and double the profits of Caravana in 2019 . What Caravana lacks in the bottom line, it makes up for—in true Silicon Valley-style—in growth.

Since its founding, Vroom has raised $721 million in eight rounds, the most recent one in December 2019. The capital has been invested mostly in digital growth rather than repair facilities for the purchased cars. According to its forecast, Vroom completed the first quarter of 2020 at a $27 million loss on earning of $376 million, which was an improvement from the previous quarter in which it lost $41.1 million on $235 million earnings.

Investors are hopeful that the digital platform and the approach that values growth over profits will allow Vroom to take over enough of the market share to earn higher profits than the competition. It is no easy task in a very crowded market, where the leader holds only 2% of the total market. Though most analysts predict a successful IPO for Vroom and keep Caravana in the ‘buy’ column, the history of similar companies may dampen the enthusiasm. Such is the case of Uber, which notoriously entered a traditional market with exceptionally tight margins, and has yet to record profits when it comes to its core ride-sharing operations. Vroom and Caravana, however, can find profits in the auxiliary products they can offer like insurance and financing. Caravana, which has already started offering the additional products, says it makes a $2,200 profit on every used car it sells, as 53% of the profit comes from the vehicle sale and 47% from the premiums on financing or loans. Vroom registers a $1,300 profit on every unit. Traditional dealerships still have a chance to hurry and upgrade the services they already offer and develop online sales platforms, offer delivery to the buyer, and provide more information about the vehicle that can save the buyer a trip to the lot., The coronavirus crisis may be the trigger for them to carry out the much-needed leap into online sales and put them in a better position to face the new competitors.