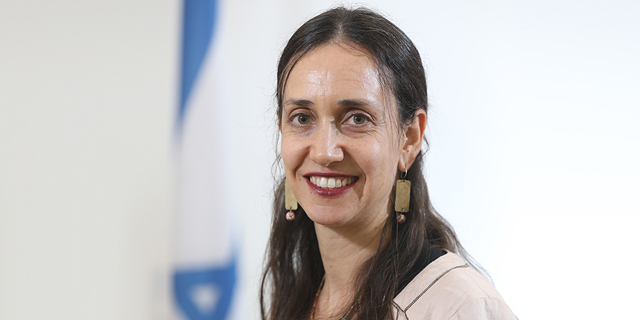 The world has been gripped over the past week by the scenes coming out of the U.S., with protests, and riots, raging across the country following the killing in Minneapolis last week of George Floyd, a black man, by Derek Chauvin, a white police officer who kneeled on his neck for more than eight minutes. The event painfully brought to the surface social tensions in the world’s largest economy. What ensued has often looked like an excerpt from a dystopian Hollywood script.

"This feels like some movie sequel coming on the back of the first movie that was the coronavirus (Covid-19) pandemic," Yifat Alon Perel, who heads the Economic and Trade Affairs at the Embassy of Israel in Washington DC told CTech earlier this week. "It feels weird and is of course very disturbing. What is going on now hasn't really changed my personal schedule as even beforehand I spent all my time either at home or at the embassy. I don't go anywhere and I wasn't meeting people in restaurants or for coffee anyway. But of course, the entire atmosphere here is very uncomfortable." 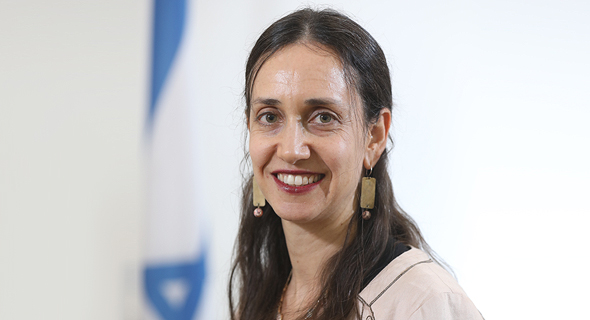 Despite the severity of the situation, Alon Perel doesn't believe there will be any significant financial implications. "There are many unsettling matters. For example, the fact that the capital of the U.S. is under curfew and shuts down at 7 pm. That isn't something normal and I don't know when this last happened in Washington's history. And of course, from a values standpoint, this has been shocking. But all in all, the activities of companies haven't really been affected. Everyone has been working from home for the past two-and-a-half months anyway," Alon Perel explained. "It still might be a little early to say, but I think that these riots won't have such a major effect from a financial standpoint. Unfortunately, these kinds of things have happened before in the U.S. and once you are dealing with a familiar situation you know how to react to it and return to normal activity, unlike the coronavirus pandemic which was something that none of us had experienced in our lifetime."

Covid-19 has ravaged the U.S., more than any other country in the world. The number of reported coronavirus cases has surpassed 1.8 million, including more than 108,000 deaths. The recent easing of stay-at-home restrictions, as well as the large protests against police brutality, are unlikely to help in the containment of the virus. The U.S. has somewhat succeeded in flattening the curve, but is still seeing in the region of 20,000 new cases a day, with 1,134 new deaths being recorded on Tuesday after dropping below four figures in the previous two days.

The financial ramifications are also staggering, with a report issued on Monday by the nonpartisan Congressional Budget Office saying that the expected real gross domestic product will be about 3% smaller over the 2020 to 2030 period than it had projected in January. That drop would be equivalent to $7.9 trillion. According to updated figures released on Monday from a tracker named GDPNow, employed by the Atlanta Federal Reserve, the U.S. Gross Domestic Product (GDP) is expected to plummet an incredible 52.8% in the second quarter of 2020 after falling 5% in the first quarter. Over 40 million Americans have lost their jobs over the past 10 weeks.

Alon Perel isn't expecting any sort of return to normalcy anytime soon either. "I don't know when I or other people will want to take part in big crowded events again. I don't think that is coming back anytime soon, and certainly, not at the frequency we were used to. These events were about networking and making contacts and there is no real alternative to this," she said. "I'm preparing myself for at least another six months of online activity. We had to change our mode of thinking and come up with ways to substitute real-world activity with activity in virtual space. That is my focus. I'm not thinking about when we might be able to hold our next physical event. Whenever that happens we will be able to get back to that very quickly as we are very experienced in that work."

While Washington is one of 44 economic missions operated globally by the Ministry of Economy and Industry, Alon Perel's job is different to that of other economic attaches. "As a former diplomat at the embassy once told me, the Israel embassy in Washington is like a miniature Israeli government. Every sector is represented here. I deal with all the issues under the jurisdiction of The Foreign Trade Administration at the Ministry of Economy and Industry, which is different from what other attaches do at other missions across the world," she noted. "The heart of my work here is trade and regulatory policy. I also work opposite financial development organizations like the World Bank and the Inter-American Development Bank, which both have headquarters in Washington. The third part is the bread and butter of most missions, which is promoting export and investments."

Alon Perel explained that a major part of her work is to monitor regulatory developments that could affect Israel. The Washington mission has held over 20 online activities throughout March and April, and on Wednesday held a webinar for Israeli companies focused on the easing of some digital healthcare regulations by the FDA.

"Sometimes it is just a matter of knowing what has changed in order to update companies to ensure that they make the right adjustments and sometimes it is more proactive work. The governmental agencies here are very transparent so as soon as a new regulation is being considered they give the public the option to comment on it, and that also includes foreigners like us," she said. "We also recently collaborated with the U.S. Environmental Protection Agency in writing their action plan on water reuse. Israel has many years of expertise and experience in this technology. Helping to write the action plan means that it will be applicable for Israeli companies as the standards that were used in the plan are very similar to those they know from Israel."

Alon Perel also works opposite agencies the likes of the FDA (U.S. Food and Drug Administration), HHS (U.S. Department of Health and Human Services) and the USDA (United States Department of Agriculture), to name a few. She says that there isn't anything related to international trade that happens in Washington that she isn’t aware of. She also has to make sure she's on top of any investigations that could impact Israeli economic interests.

Another potential stumbling block for Israeli companies could be the intensifying trends of 'America First’ and 'Buy America'. "The pandemic highlighted the question of how is it possible that the U.S. is so dependent on vital goods from an adversary like China. There were shortages and people asked themselves how this happened and why such a big country with such a high manufacturing capacity is so dependent on China in particular, and on the world in general," said Alon Perel. "Two of the worrying developments we are following are the issues of the possible toughening of the regulation on the export of medical equipment and the toughening of 'Buy America' regulation. Right now, there isn't anything that is threatening Israel directly, but we are of course monitoring the situation as this is a developing situation and it is my job to ensure Israel doesn't suffer on the financial front."

Despite coronavirus, the riots and all the uncertainty that they have brought, Alon Perel remains confident that the special relationship between Israel and the U.S. will prevail.

"The strategic relationship between the U.S. and Israel involves so many disciplines like military and cyber, as well as finance. I believe that Israel with its innovation is really one of the U.S.'s most important strategic partners, if not the most important from an economic standpoint," she explained. "For example, the developments in Israel in the field of AI, which are providing solutions in sectors like healthcare, agriculture, water, and cyber. After the U.S., Israel has the most AI companies in the world. So we do have some leverage and aren't just asking for special treatment. We really believe we are the right partner for the U.S. and that the U.S. also gains a lot of value from its economic cooperation with Israel."