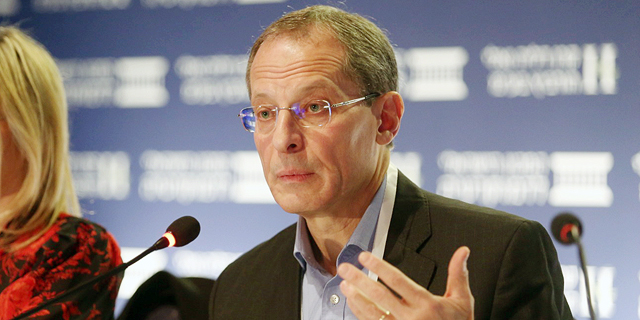 The initiative is open to startups at all stages, multinational corporations that operate in both Sweden and Israel, large companies, research institutions, and academics

Vinnova - Sweden’s Innovation Agency, Business Sweden – the Swedish Trade and Invest Council and the Swedish Embassy in Israel are launching a collaborative partnership with Israel and Tel Aviv-based non-profit organization Startup Nation Central (SNC), to promote innovative research and development projects, SNC announced Tuesday. As part of the joint initiative, called The Connector, the entities will aim to catalyze joint market-oriented, innovative R&D projects between the two countries, and enable companies and academic institutions from Israel and Sweden to engage in co-development, share data, and form partnerships. The initiative is open to startups at all stages, multinational corporations that operate in both Sweden and Israel, large companies, research institutions, and academics. Based on similar projects funded by the Swedish Innovation Authority - the budget for Connector will be about 2 million euros. The Swedish innovation agency Vinnova has an annual budget of 10 million Euro for funding of Swedish Eurostars project participants, and it usually funds 25-30 projects each year.

“Innovation has never been more important as a key to address global challenges,” Ibrahim Baylan, Sweden’s Minister for Business, Industry, and Innovation, said in a statement. “Israel and Sweden represent the strongest startup hubs in our respective regions and can offer competitive solutions in the global markets. Solutions that are sorely needed in a world that will face the economic comeback after combating the pandemic and saving human lives,” he added. "In these days when the world is facing a global pandemic, it can be said that innovation has never been as important as now”, Baylan said during a live digital conference focusing on AI held on Tuesday. The idea of creating The Connector came from a similar program that Sweden has with Switzerland. That program, called SWII, helped create 39 publicly funded projects in the last six years alone. The Connector is the first such program that sees Sweden partner with a non-European Union country. Like Israel, Sweden, a small country with a population of around 10 million, is well known for its large number of innovative multinational companies and thriving startup scene. Among the innovations originating from Sweden are Skype, Spotify, Minecraft, and Candy Crush, just to name a few. “It is more than natural to foster collaboration between two innovative nations for their mutual benefits. Israel, for example, can learn from Sweden how to create Unicorns from local start-up companies like Skype, Spotify, and Soundcloud. Israel can collaborate with Swedish companies on autonomous motion, life science, precision agriculture, cyber and much more,” Ami Appelbaum Chairman of the Israeli Innovation Authority and Chief Scientist said during the online conference.

Israeli Minister of Science and Technology Yizhar Shai said at the live digital conference that both Israel and Sweden are leaders in innovation and leaders in venture capital investments and have a strong interest in technology and entrepreneurship. “I hope this initiative is just the beginning of more activities in the future”, he said.

“We are honored to take part in this wonderful endeavor. This partnership is a vote of confidence in Israeli Hi-Tech ecosystem and another example of the great impact innovation has on global partnerships. We know this collaboration will yield synergetic benefits for both the Swedish and Israeli partners and we call upon Israeli entrepreneurs and tech enthusiasts to come and join us," said Professor Eugene Kandel, CEO of Start-Up Nation Central.