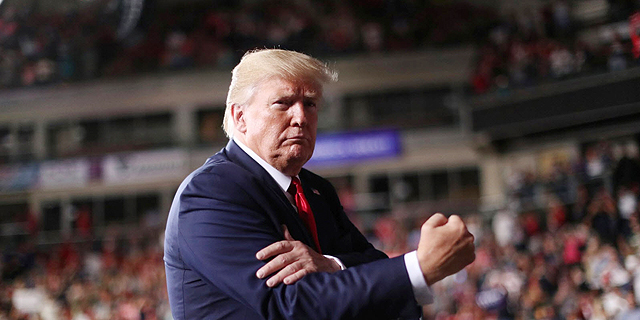 Remember the good old days when literally literally meant literally or when defund literally meant shutting down the department? Well, those days are long gone. It is ironic that during times when we are hypersensitive to a seemingly endless parade of aggressions and the cancel culture demands that each is dealt with forcefully, that we are so lackadaisical with our choice of words and our use of facts.

In fact, the internet era has created a new class of knowledge: “f@cts,” which are like actual facts, but for the internet age. Like the spelling of the word itself, f@cts need not be entirely factually accurate, just close enough to prove a point, much like truthiness.

This dichotomy between over-emphasis on aggressions and under-emphasis on facts and terminology can be laid at the feet of social media, where hyperbole and clickbait are necessary to attract eyeballs and where, suddenly, everyone can voice their grievances and demand to be heard, but most of us live safely away from dissenting opinion in our own little bubbles.

Seventy-three percent of us are guilty of, at some point, sharing some comment on some grievance, supported by some statistics, without fact-checking it. Like the late U.S. President Abraham Lincoln once said, not everything online is true.

But, unlike Honest Abe, modern politicians across the board are some of the worst serial abusers of f@cts.

All politicians lie and misrepresent the truth sometimes, intentionally or otherwise, but some do so more than others. Even those politicians with the best intentions cannot constantly communicate all day and not say something unverifiable. Politifact, a popular, fact-checking organization, has a range of truthfulness scores, applicable to politicians. These scores range from “true” to “pants on fire” false on Politifact’s Truth-O-Meter.

Often accused as arguably biased or even partisan, Politifact went as far as fact-checking itself to claim that it was not.

Although politicians of all stripes have made statements across the Truth-O-Meter spectrum, few modern politicians have used f@cts as often and to the extent that U.S. President Donald Trump does. Until now, Trump has mostly gotten away with his inaccuracies, but not anymore.

Twitter, Trump’s social network of choice, recently made headlines for adding a fact-checking label to two of his tweets. In the tweets in question, Trump warned of potential election rigging via mail-in-ballots, in light of calls by Democrats to expand their use, given the coronavirus (Covid-19) pandemic. Twitter’s label noted that the statements made were “unsubstantiated” in an effort to tamp down the negative effects of the reportedly inaccurate and inflammatory statements. Clearly, Twitter failed to consider the Streisand Effect, which helped spread the tweets even more widely once they were labeled.

Moreover, for a medium like Twitter, known for its hyperbole, and for social media in general, which is designed to be a forum for impromptu comments, Twitter set a dangerous precedent. Will Twitter now have to respond to inaccuracies from both sides of the aisle in order to preserve some air of neutrality? Does Twitter even have the manpower to review all political statements on its platform and how will it decide when, what, and who to review? Like every person or institution on the planet, social media sites have their own biases that often reflect the underlying biases of their human moderators or their Silicon Valley executives.

Until now, most instances of platform bias occur under the radar, imperceptible or irrelevant to the common citizen. Most of us have strong opinions, but they are loosely held so we are indifferent and apathetic to much of what goes on in the world. However, if Twitter selectively censors some politicians and not others, it may be inviting in too much daylight for the industry to cope with. Again, awakening the Streisand effect.

Online content hosting websites like Twitter, Youtube, Yelp, or Facebook are not even legally required to moderate the tweets, updates, snaps, and comments that are posted on their sites. These platforms are absolved for any liability, subject to some exceptions, for the information posted on their sites, as per the Communication Decency Act’s Internet Freedom and Family Empowerment Act, codified as Section 230 of the broader 1996 Communications Act, which was discussed in a previous column. Section 230 was passed on the heels of a string of court cases in the early days of the internet wherein content platforms were threatened with potentially chilling lawsuits for the content they hosted, but did not create.

One of Section 230’s clauses carves out a safe harbor for online platforms so that they will not be “treated as the publisher or speaker of any information provided by another information content provider.” The law effectively shifts all blame for false and libelous statements away from the platforms themselves and onto the actual authors of the offensive work, namely the commentators and content creators. Another clause of Section 230 further absolves online platforms from liability, even if they do act like old-school publishers, in good faith, to censor what they deem to be problematic or offensive content.

In context, the former clause gives Twitter the freedom to operate without fear of reprisal when the President posts obnoxious statements, and the second provides it legal cover if it then censors Trump for those statements, in good faith.

The widely held belief that the internet, as we know it, survives today due to the timely enactment of Section 230 notwithstanding, there is broad bipartisan loathing for Section 230. All sides of the American political map feel that it allows the dissemination or expurgation of the wrong stuff by shielding online platforms of any accountability for the statements made by the ever-expanding armchair commentariat.

The most recent volley in the attack on Section 230 came from Trump himself when he issued an executive order, seemingly in direct response to Twitter’s aforementioned censoring, demanding that the Federal Communications Commission (FCC) determine how actions protected under the second clause of Section 230 affect the safe harbor of the first clause.

Even without Trump's executive order, Twitter has gotten itself into a complicated situation by attempting to police political speech. Statements on either end of the spectrum of speech are easy to police. There are clearly autocrats, dictators, and hate groups that take advantage of social media to sow violence, dissension, and hate. And there are also images of cats in cute costumes. It is the fuzzy middle ground, however, that is especially problematic.

Speech that some people find offensive online is not necessarily offensive to others, it may even be desirable to others, especially when that speech is political, as one person’s terrorist is often another’s freedom fighter.

By targeting the president, Twitter has landed on a very slippery slope, that could now force it to either consistently call out all politicians who tweet inaccuracies, or risk being labeled as clearly biased and alienating half of its users, not to mention opening itself up to litigation, if it is perceived as acting in bad faith.

Given this complicated reality, Facebook founder and CEO Mark Zuckerberg took a different tact than Twitter, recently saying in a CNBC interview: “I don’t think that Facebook or internet platforms, in general, should be arbiters of truth. I think that’s kind of a dangerous line to get down to, in terms of deciding what is true and what isn’t. And I think political speech is one of the most sensitive parts of a democracy. And people should be able to see what politicians say."

Zuckerberg further argued that he sees the purpose of content moderation online as focused primarily on catching only “the worst of the worst stuff,” saying “I think you want to give broad deference to the political process and political speech. But, you know, there are lines.”

Notwithstanding this justification, Zuckerberg has come under fire, including from his employees and even the scientists funded by his private foundation, for refusing to call out misinformation on his site, including offensive posts from Trump. He later agreed to review this decision in light of the uproar.

While politicians affected by Twitter’s censorship will not be able to claim that their free speech has been abrogated as social media platforms are “private, for-profit companies, not subject to constitutional free speech guarantees,” the situation can become legally problematic when stakeholders and citizens seek to hold social media sites accountable for their censorship, by claiming the practice violates the good faith requirement of Section 230. At least one recent federal court case, E-Ventures v. Google Inc., (2016), has noted that the affirmative defense of good faith editing is not absolute and that a plaintiff can sue for lack of good faith.

This being the case, perhaps it is in Twitter's best interests to walk back its latest effort, cancel the labels on Trump’s posts, and defund the operation. It is literally not worth the trouble.