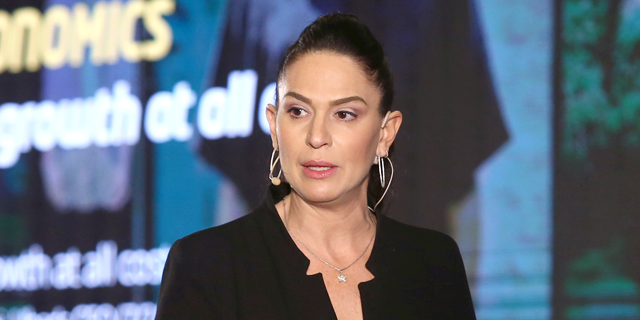 Instead of funding rounds, startups face harsh reality of debts and loans thanks to Covid-19

Since the coronavirus pandemic started, Israeli startups have taken out over $140 million in bank loans, mostly to avoid down rounds and increase their funding runway

Startups just love announcing their completed funding rounds, with all the associated glamorous names of funds and angel investors, the inflated valuations, and the aroma of success. Recently, however, many startups stopped raising funding through the popular route of equity and returned to the ways of the old and boring companies of days of yore, namely, taking bank credit.

Companies are less enthusiastic to share the news of taking out a loan, but people in the industry are claiming that since the coronavirus (Covid-19) crisis started, more than NIS 500 million (approximately $144 million) in bank loans were taken by startups. This represents double the amount seen in less turbulent times, when startups, especially young ones, tended to avoid going into debt.

Since March, dozens of Israeli tech companies have taken out loans averaging between $3 million and $5 million, with some going as high as $50 million. Very early stage companies took out more moderate loans of $1 million. Unlike more traditional sectors, for tech companies, credit is normally extended for no more than a year or two and, due to Covid-19, this period became even shorter due to increased risk. The average annual interest is in the ballpark of 6%, depending on the company's size, stage, and whether it already has sales revenue. Most loans for the sector come from LeumiTech, the tech banking arm of Israel’s Bank Leumi, and the Israel branches of Silicon Valley Bank and Kraus Capital. Startups of all sizes and creeds are now discovering credit lines, according to Leumitech CEO Yifat Oron. These companies mostly need the money to avoid a down round and help them hold off until the next round, Oron said in an interview with Calcalist. “Since the coronavirus outbreak, companies realized they cannot count on readily available capital to raise,” she said. “Even though funds have money, they would now require a much longer process before they invest,” she explained. Unlike in the past, Oron explained, venture capital funds are now pushing their portfolio companies to diversify their funding sources and take out loans, which were once considered something that was better avoided.

Gilat Bar-Gutman, chief financial officer at financial administration company Made Finance Ltd., agreed that the crisis has changed the way her clients, most of whom are startups, view debt. In the past, investors did not want startups to go into debt, she told Calcalist, as they might be required to pay off the loan earlier should growth not be as quick as expected. “In the past, we had clients that considered taking out credit but their investors were against it,” she added, “but now funds see loans as a means to postpone the next round.” This is also true for companies that have just completed a round, she said, and a loan can prolong their funding runway, which can prove very significant.

Now, for the first time, Bar-Gutman said, startups and venture capitalists alike are approaching banks for credit. But in banking, you need money to get money. Loans are only relevant to companies that have enough money to support themselves for at least six months, otherwise, their credit will not be approved, Bar-Gutman said. Oron also emphasized that loans cannot serve as a solution for companies that have run out of money. Historically, it is not just entrepreneurs and funds that were wary of putting startups into debt. Since most early stage companies have no revenues, banks were also deterred from providing them with funds.

According to Oron, banks examine several aspects of a company’s operation to determine whether it should be given credit. The bank examines the technology to make sure it is sustainable and not a fleeting trend, as well as the investors’ identities, and the company’s expenses, she said. “We take into account that our ability to predict a company’s performance is always limited but we analyze possible scenarios,” she added.

According to Bar-Gutman, banks also ask for a business plan even though it is often unsubstantiated in terms of future revenue. They mostly want to see that the company has serious backers, she explained, but are also interested in understanding the technology, even if only on a basic level, the business model and the market, to assess the company’s ability to pay back the loan. “Banks always want to see money from funds before they put in their own, especially in early stages,” she said. “More mature companies that already have agreements with customers, naturally have it easier,” she said.

Even though it has become a new norm of sorts, startups are still ashamed of taking loans and tend to hide this fact as vehemently as they hid their appeal for checks from the U.S. government’s small business assistance plan.

“No startup wants to make it known that it had taken out a loan,” Eyal Niv, managing partner at Pitango Venture Capital told Calcalist. “There is no one good answer as to why, except that, in the past, it was a move that indicated distress or poor planning,” he said. Turning to credit is perceived as a sign that you either could not raise enough equity or that you miscalculated your needs, he explained. However, Niv said he believes debt is a good tool that was underused by startups up until the current crisis. Still, it is not without its downsides. “Debt can be a double-edged sword and you need to be extra careful when using it, otherwise you will get cut,” he said. Companies that hand out loans expect to see them paid back while tech entrepreneurs are used to more flexible results, he added. According to Niv, what VCs are afraid of when it comes to letting banks into their portfolio companies is that failing to pay back a loan could lead to liquidation, which may not be necessary with more traditional investors that are used to the uncertainty of the tech sector. “Banks, even those that specialize in offering credit to tech companies,” Niv said, “are less flexible than funds.” Taking out a bank loan is like adding another partner, he explained. “That is why we, as investors, go to bank meetings and participate in the interest rate negotiations,” he added.