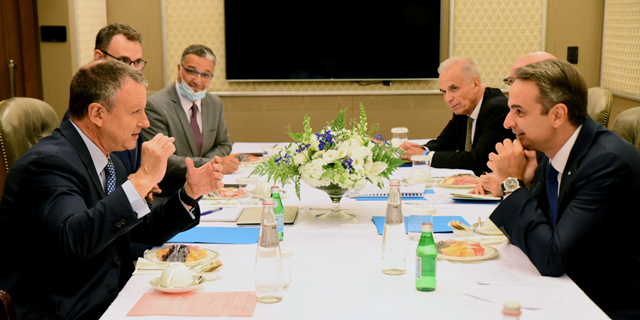 “We are pleased to help Greece meet the cyber challenges it faces,” said Erel Margalit

Greek Prime Minister Kiryakos Mitsotakis met with Jerusalem Venture Partners chairman Erel Margalit on Tuesday. Mitsotakis is in Israel for an official visit and the meeting with Margalit, who is one of the world's leading investors in cyber, came against a background of multiple recent cyberattacks on Greek sites and companies, and a global rise in cybercrime during the Covid-19 outbreak.

This week the Greek intelligence services announced it was recruiting 80 hackers to help prevent cyberattacks. JVP has made a number of key investments and launched a range of companies in the field of cybersecurity. 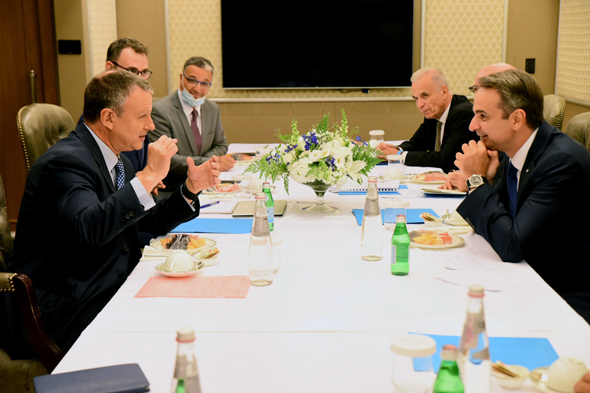 “Greece is an important country in our region and Israeli tech companies, along with Israeli workers, have a lot to offer in the field of cyber defense and resilience in the face of growing threats. We are pleased to help Greece meet the cyber challenges it faces,” said Margalit.

Mitsotakis arrived in Jerusalem with a cabinet delegation including five ministers, his first official foreign visit since the coronavirus outbreak. The prime minister met with his Israeli counterpart Benjamin Netanyahu to discuss a range of regional issues including re-opening tourism routes between the two countries, Meditteranean natural gas exploration and Israel’s upcoming annexation of parts of the West Bank.