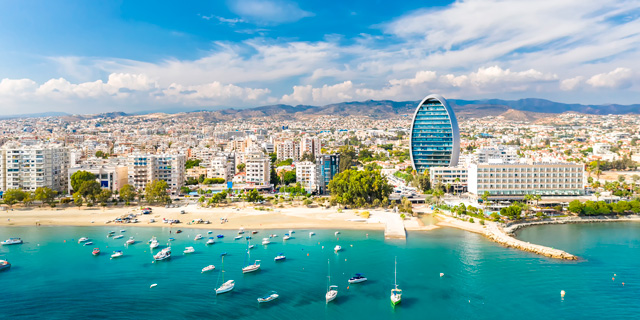 Can Israeli companies help Cyprus develop its own startup nation?

Israeli and Cypriot tech leaders recently affirmed their commitment to one another amidst the relaxation of Covid-19 regulations and expressed their desire to help each other become tech hub neighbors through a number of partnerships and initiatives. Invest Cyprus, the national investment promotion agency of Cyprus, organized a webinar last week presenting its aims of enhancing the nation’s investment appeal to countries overseas and bring in foreign talent to build up its economy.

The Cypriot government has been assisting local businesses in their attempt to join the digital revolution. Today, it encourages investment in computer skills and digital proficiency in the workforce. They hope to enable young citizens, straight out of school, to enter the workforce of existing companies that make Cyprus their new base of operations, explained Pangratios Vanezis, leader of enterprise and startups at KMPG Cyprus, who took part in the online event. “Limassol may not be a new Silicon Wadi yet, but there is a huge surge of technology establishment in Limassol, a multi-cultural presence with tech companies from Israel,” he said. According to the organizers, the Cypriot government took inspiration from Israel, which has succeeded in building a large and prosperous tech hub in the Middle East, boasting one startup for every 400 citizens and the fifth-highest number of new patents per capita. “We’re experiencing a shift in our relations, through mapping opportunities, identifying shared interests, matching respective strengths and embarking on joint projects bi-laterally, tri-laterally and at a regional level, in fields like energy, cyber, innovation, health, defense, tourism and hospitality, academia, and investment ventures,” said Thessalia-Salina Shambos, Cyprus’s ambassador to Israel said on the call. Cyprus already has a proven shipping management hub, with some of the largest maritime clusters in the world. In terms of building a secure and intertwined network, the country is well-versed and geographically appealing. In the last year, it has already seen $250 million invested in innovation centers. According to George Campanellas, Chief Executive of Invest Cyprus, there is still “more room for the tech sector to use Cyprus as a base for their European and international operations.” Cyprus also already offers generous tax incentives, grants, and a generally low cost of doing businesses, which have already attracted Israeli companies. Some of the companies currently setting up shop include the Israeli Fattal Hotel Group, which is building its fifth Leonardo Hotel there, as well as new ‘mega-projects’ that will be revealed in time. Transforming Cyprus from a beach-town summer vacation spot to a tech hub magnet in the eyes of investors might be a challenge, but if the country can assure young people that it has advancements in food tech, AI, blockchain, and cybersecurity, it might see people come to stay and work year-round, Vanezis added.