Technion researchers call on Israel to speed up 5G deployment

A senior team of researchers from the Samuel Neaman Institute for National Policy Research at the Technion Israel Institute of Technology has published a paper calling on the government to accelerate the deployment of 5G infrastructure.

The researchers believe it is particularly important to set up 5G in the relatively disadvantaged regions in the country as that would improve access to remote learning in the case of future Covid-19 outbreaks as well as help reduce the digital gap that exists during normal times. 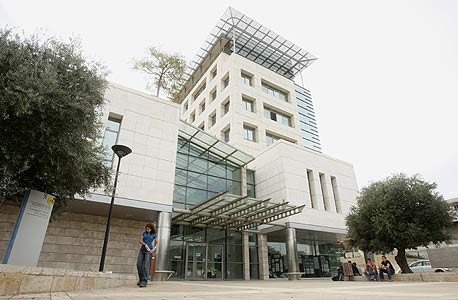 The detailed plan prepared by the team, headed by former Technion vice president Arnon Bentur, draws conclusions from the experience of remote learning during the coronavirus lockdown in Israel and accepts the assumption reached by numerous researchers that 5G is not a health hazard.

"It is not possible to sustain a large scale remote learning system without addressing the need for suitable communication infrastructure at a national level," the researchers wrote.

The paper noted that while there weren't many communication malfunctions during the lockdown, that was only due to the fact that many countries across the world had asked Netflix to no longer stream in HD to avoid the collapse of the infrastructure. "This course of action isn't a long-term solution if we want to maintain the same level of remote learning and possibly increase it," read the report.

The researchers are expecting the use of online applications to increase now that people have been acquainted with video meeting applications like Zoom. The team recommends that video presentations be incorporated in remote learning, as well as replacing lab experiments with online simulations, activities that will result in increased traffic.

"5G technology that will start being deployed in Israel in the coming months promises to connect every home to high-speed internet starting at 100 megabits and reaching 2 gigabits. These speeds are similar to what can be achieved with fiber optics, but without having to set up fiber optics in every home," the researchers said.

They added that a recent report by the International Commission on Non-Ionizing Radiation Protection (ICNIRP), an international body in charge of setting limits to exposure to radiation, asserted that 5G is safe.

"It is necessary to address the need for promoting these technologies at a national level," read the paper, which called to set up a five-year plan and budget. "In particular among disadvantaged populations, so that remote learning can be increased at all levels and help bridge gaps."