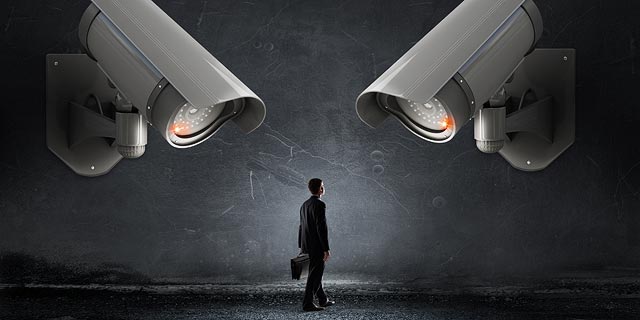 On the surface, it seemed like an inevitable decision. The number of coronavirus (Covid-19) patients is surging, the outbreak is becoming unmanageable, expanding to more and more locations. There is no choice but to reinstate the surveillance program operated by the Israel Security Agency (Shin Bet) and turn every citizen into a target of the secretive spy organization. It’s either that or put the entire country back on strict lockdown. You wouldn’t want us to do that, would you? When framed in this way, the choice seems obvious. What else can we do? Die of the virus? However, if that is where things stand, an arguable point in and of itself, we only got here because the government dragged its feet on taking any action that could avoid the dichotomy. The long and drawn out lockdown the Israeli public and economy was subjected to had one primary goal: to slow the spread of the virus as much as possible so as to give the authorities a chance to prepare to cope with it in the long term. And it was successful in that regard. The authorities managed to use the time to fortify their testing capabilities and prepare the hospitals to be able to treat large numbers of patients.

Where the government fell short was in its readiness to contain the spread of the virus after the regulations were eased, actions that would have made reliance on the Shin Bet tracking tool obsolete. The national testing apparatus is not providing results fast enough, there is no system in place to effectively carry out epidemiological studies to identify and quickly sever the infection chain and there was insufficient effort to find an alternative to public surveillance. The 2.0 version of the Health Ministry’s Magen tracing application will only be ready for deployment next week and other agencies like the National Security Council wasted time by concocting ludicrous solutions, like handing out Bluetooth transmitters to 3.5 million citizens who don’t own smartphones to install the app on, instead of focusing on practical alternatives. Had they done so, we wouldn’t be in a situation where we have to reinstate the controversial phone tracking program. It was convenient for the government to fall back on the readily available option of turning to the spy agency, an option no other Western country in the world has chosen. “The Shin Bet contingency atrophied decision-makers’ ability to try and build or operate a civilian alternative,” Karin Nahon, an associate professor at IDC Herzliya and an expert on online media told Calcalist. “They are trying to manufacture a slogan claiming that use of the Shin Bet surveillance program will save lives and keep the economy running, but it is a lie. Not a single democratic country is making use of its espionage capabilities and many of them have already re-opened. There are a variety of viable life-saving alternatives, such as tracing applications, better education, epidemiological surveys, and extensive testing.

“Use of technological surveillance measures by the Shin Bet is harmful to privacy because it requires constant tracking of our mobile phones’ cellular signals and the gathering and processing of information without our permission. But the bigger story is the shifting of the balance of power between the state and its citizens. We all want to save lives and no one is proposing to forfeit it. But it is possible to do both and in this case, the government decided to blindly pursue the more problematic option,” Nahon said. Or in other words: The Shin Bet option is available and ready to go, so why even bother trying to find alternatives?

It genuinely seems like Israel took only minimal efforts to prepare contingencies. The Magen app, for example, has only been downloaded 1.6 million times and is only used by half that number of people. No one invested in a publicity campaign informing the public about it or urging them to use it. A survey conducted last month by Eran Toch from the Department of Industrial Engineering at Tel Aviv University found that only a fifth of respondents had even heard about the app. On the other hand, respondents expressed grave fears of the government’s use of the surveillance program. “35% of respondents understood that they could leave their phones at home in order to circumvent the tracking,” Toch told Calcalist. “Such issues point to an acceptance of the norm whereby it is possible to evade tracking. If people who are at high risk of infection or subject to quarantine decide to leave their phones at home or use a different device, the system’s effectiveness will be hampered. A large majority of respondents to our survey said they didn’t believe the data would truly be erased.”

On the other hand, there is the risk that relying on the Shin Bet’s phone tracking program will instill a false sense of security. “The tool is very imprecise. The way I understand the technology, based on available material, it is not effective when it comes to users of public transportation, people in crowded shopping centers or in high rise apartment buildings. So if the public and the authorities (and chiefly Prime Minister Benjamin Netanyahu) think they can rely on it for precision, they are about to be disappointed,” Toch said. Hagai Levine, chairman of the Association of Public Health Physicians also spoke out against using the cellular tracking tool. “No evidence has been provided to prove that use of the Shin Bet’s program to track instances of infection is effective,” he said. “It has been proven that it erodes public trust, wastes resources, and causes cases of mistaken identity and unnecessary quarantines. The government should focus on developing human capabilities that are the foundation of research and promote civilian technological solutions.”

Unfortunately, none of those actions have been taken and the result is that now Israeli citizens are once more being asked to forfeit their privacy because of the government’s failings. Nobody wants it, not the citizens, not experts in medicine, privacy, technology, or law, even the Shin Bet itself doesn’t want it. The agency’s chief Nadav Argaman begged the prime minister to stop the program. Nobody wants it, but we’re still going to get it. Because the person on top of the pyramid fell asleep on the job, didn’t take the necessary steps to come up with an alternative and left us no choice. The biggest irony is that the tool that may have been effective while the country was in lockdown, is completely useless now that people are riding busses and trains, going to work in skyscrapers, and shopping at the mall. We will sacrifice our privacy and will get very little, if anything, in return.