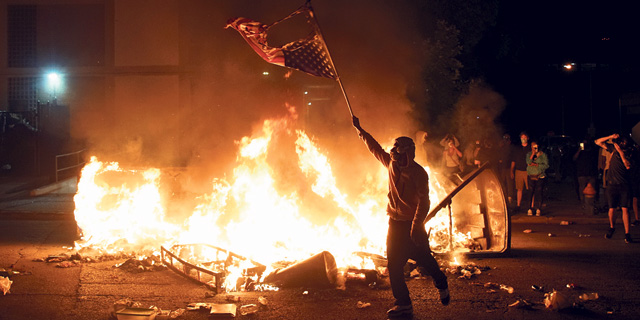 The fourth of July fireworks came early this year, loudly signaling a shift across the U.S.

The coronavirus crisis led to a craving for normalcy. The quick and painful realization that it is no longer achievable gave way to hopes of redesigning the current state of affairs to sustain a revolution

For the past few weeks, New York has not slept. I don’t mean this as a metaphor for a city that sees itself as the center of the modern world. I mean it quite literally: New York has not slept and neither have its residents. Every day, we, the residents trapped in their homes, become an unwilling audience to fireworks blasts that make the streets tremble, car alarms go off blaring and bring one’s heart to a stop with fright. This display of social anarchy usually starts at noon when it is still light outside and there is no logical reason to set off fireworks. It continues deep into the night, with the police joining in with their own tune: every series of explosions is answered by loud police car sirens that always come a moment too late after the perps are long gone.

A protester burns the U.S. flag during a rally in St. Louis. Photo: Reuters

In June, the city received no less than 12,582 complaints about fireworks going off, compared to just 17 complaints during the same month last year. And even though New York seems to have the most significant spike in illegal fireworks activities, it is not unique and many U.S. cities, including Chicago, Los Angeles, Philadelphia, Boston, Pasadena, and San Francisco, have seen the number of firework complaints skyrocket. The screeching sound of the fireworks rushing through the air and the loud explosion that follows stand in complete contrast to the deafening silence that took over the city in recent months. The fireworks also serve as an audio-visual background to the many mass demonstrations protesting police brutality. The simultaneous appearance of these two phenomena, combined with the summer heat, gave birth to a range of conspiracy theories. One popular theory is that the police are handing out free fireworks to deprive residents of sleep, causing tension and confusion meant to discourage protestors. 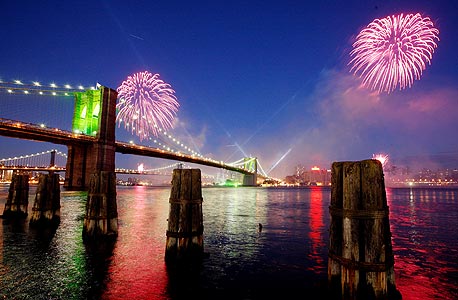 Conspiracies do not materialize out of thin air. American police forces have a long history of oppressing social protests, especially by the African-American community, dating back to their days as slave-hunting militias in the 18th century. But it didn’t end there. In the 1950s and 1960s, the FBI had a series of covert and illegal projects called COINTELPRO (Counter Intelligence Program) aimed against black leaders, including Martin Luther King Jr. This program ended in disgrace but efforts to surveil and harass protestors go on to this day, as the police and the FBI reportedly use secret apps to track protesters and systematically work to intimidate the public by inflating the threat posed by the demonstrations. Conspiracies thrive in times of crisis and the U.S. today is overshadowed by a huge cloud of uncertainty: tens of millions of U.S. citizens have been physically or financially harmed by the pandemic; its health system is gasping for air as it attempts to handle the load; residents are hoarding weapons; the elections are just around the corner; the streets are filled with angry protestors; and the administration seems completely unaffected by it all. Compared with the sense of uncertainty concerning what is going to happen next week or how the pressing issues will be addressed, conspiracy theories at least give people the illusion of someone being in control. This chaotic situation, however, may not be all bad. Alongside the preposterous conspiracy theories, it also breeds an atmosphere that allows the nation to engage in soul searching and address the financial exploitation and racism that are inherent in its culture and conduct since its very foundation. The violent death of African American citizen George Floyd at the hands of a white police officer in May opened the door to a new stage in the internal discourse within the U.S. Citizens of all colors and creeds are now urging state institutions to address the country’s legacy of slavery and colonialism. 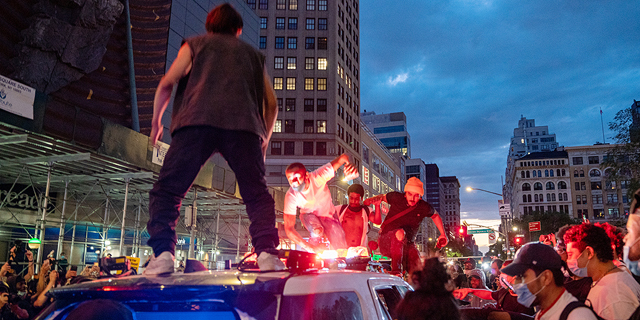 The transition was sharp. It seems as if as soon as the clapping for medical teams battling the coronavirus (Covid-19) outbreak subsided, the public’s focus shifted towards a symbolic battle against white supremacy. It started with statues commemorating slave masters and confederate generals being hurled into rivers and reached a new peak as Mississippi’s governor signed a bill to decommission the state’s flag, the only flag in the nation to still have the Confederate battle emblem embedded into it. While the political system is slow to react and, at times, even fights to preserve racist symbols, the corporate world is quick to adapt to the changing wind and support the protesters. Giants like Amazon and Microsoft decided to freeze their supply of facial recognition technologies to U.S. authorities, after fending off criticism on the subject for years. Twitter started flagging tweets that spread racism of false information, including those by U.S. President Donald Trump. A long line of corporations, including The Coca-Cola Company, Unilever, and Starbucks, announced they were freezing ads on Facebook, due to the lax treatment of hate speech on its platform. These corporate moves may sound good but it is hard to take them seriously. The speed in which corporates chose to respond only emphasizes how superficial these moves are, representing a reflex to please consumers rather than a deep shift in their world view. Microsoft, for example, still sells its facial recognition technology to the Chinese government, and many of the corporations that hopped on the protest wagon continue to profit off the backs of children in third world countries. The coronavirus crisis led to a huge craving for normalcy, but also the quick and painful realization that it is no longer achievable. Now, the polarization, mistrust, and incompetence are feeding hopes of redesigning the current state of affairs to create the foundation of a revolution. “Things fall apart, the center cannot hold,” Irish poet William Yeats wrote in 1919 to remind us that reforms are sometimes inevitable, especially when, for a brief moment, a chance for a better future is seen through a crack in the wall. Numerous Americans are now struggling to widen this very crack. Their true test will come in November.