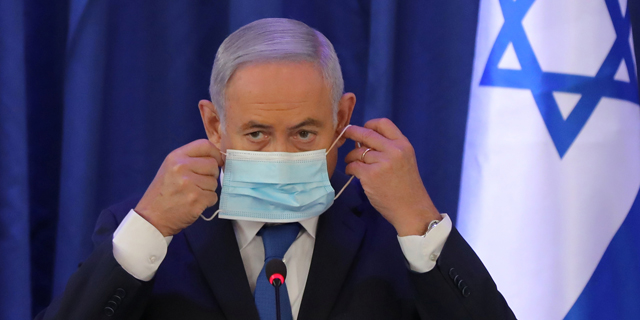 Fatigued by battling a health and economic crisis, Israelis are too apathetic to fight for their democracy

“Democracy Dies in Darkness,” is the slogan adopted by the Washington Post. It is featured under its logo in every article, in order to highlight the need and obligation to expose the forces that are trying to harm American democracy. Here, in Israel, it appears that a giant banner reading “Democracy is dying of Covid-19” should be placed on the exterior of the parliament building (the Knesset) in Jerusalem. Perhaps it will wake up some of those who occupy it or maybe it will spur to action the country’s fatigued citizens.

Like Leo Tolstoy’s unhappy families, each democracy dies in its own way. There are democracies that shatter in one dark day by way of a military coup and there are democracies that wither away on a slippery slope. Israel is relinquishing its democracy apathetically—the immediate and tangible fears of the coronavirus (Covid-19) pandemic and the difficulty of making ends meet amid an economic crisis, won out over the vague concern raised by the erosion of civil liberties. The second wave of Covid-19 brought with it the second wave of abuse of Israel’s democracy. Consider the Israel Security Agency’s (Shin Bet) phone tracking program. Three months ago, the suggestion that the national security organization could invade citizens’ privacy sparked furious debate. Now, people are (rightfully) upset that the state of the art system turned out to be flawed and that Shin Bet is forcing people into quarantine even though they were never actually in proximity to confirmed coronavirus patients. The ideological debate over the principle of using a national security tool to spy on lawful citizens, however, has faded into the background, alongside assorted promises by Prime Minister Benjamin Netanyahu. Even the new law that the government proposed to bypass the parliament in all its Covid-19 fighting plans, and which passed at 4 a.m. under the cover of darkness, with a slim majority of 29 to 24 lawmakers, was shrugged off. The bizarre affair in which the parliament passed a law to render itself obsolete only managed to raise the odd smirk or angry tweet. Several thousand of people still bother to go out to protests, some of them outside the prime minister’s residence on Balfour street, the headquarters of the democracy destroying prime minister. Those brave few deserve our respect, but they also serve as a contrast to the apathy of millions of Israelis, who are battling the health and economic crisis brought on by Covid-19, lacking the strength to rally against the democratic crisis that the pandemic left in its wake. If we don’t wake up now, it may be too late

Yoel Esteron is the founder and publisher of Calcalist