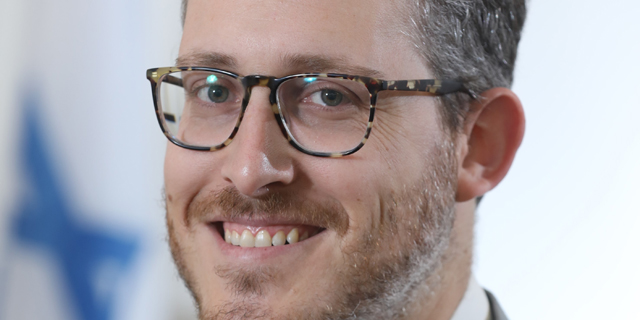 While for most of the world the coronavirus (Covid-19) pandemic was a shock of seismic proportions, for Chile it was only the latest in a series of quakes that have rocked the South American country to its core over the past year. The lockdowns, curfews, and state of emergency that came with Covid-19 were all familiar sights and sensations for the locals who were reeling from severe droughts and mass social protests even before the arrival of the virus.

Chile is still in the midst of the first wave of the pandemic, registering around 3,000 new cases and 100 deaths daily this week. With 315,041 cases in all and 6,979 deaths, all with a total population of around 19 million, Chile is among the world leaders in both infections and mortality per population.

The Chilean central bank said last month that the economy is expected to contract between 5.5% and 7.5% in 2020, taking it to the lowest levels since the Latin American debt crisis of the 1980s. Chile is the world’s top copper producer, and the metal jumped to a two-year high this week, but the tanking of domestic demand will nevertheless see its economy shrink significantly. Such is the depth of the crisis that the government had to initiate a program that regularly hands out food packages to around 3 million people.

"Covid-19 only really arrived here at around April-May, but a state of emergency was already announced by the president last October when Chile experienced very significant social unrest. We had military on the streets and for weeks everything was closed. So for the Chileans, the Covid-19 restrictions were somewhat of a return to last October's crisis with the lockdown and curfew and state of emergency," Hadar Shor, head of Israel's Economic and Trade Mission to Santiago, Chile, told CTech. "All of this also comes on the back of a severe water crisis, so Covid-19 was just the latest in a chain of crises."

Shor said that while the social protests have calmed since last year, they have not ended. "They calmed mainly because the president (Sebastian Pinera) replaced the entire government and because the president and parliament announced they would hold a referendum regarding the creation of a new constitution. It was initially scheduled for April, but had to be moved to October due to the pandemic and may be postponed again. That has awakened the protests on social media with many people saying that they were deceived once more," explained Shor.

Shor is Israel's first economic attaché to Chile, opening the office four years ago on the back of a government decision to try and tighten Israel's ties in Latin America. He says he will be returning to Israel a different man when he completes his service in Santiago next month.

"I'm leaving here a different person than I was when I arrived. I came as an Israeli who had never been to Latin America and I'm leaving as a bit of a Chilean," he said. "The Foreign Trade Administration sends us to different destinations to represent the Israeli industry. We do that, but my approach is that you also need to go into the trenches with the locals and work with them so that you understand their perspective and can then tell Israeli companies what things look like from their side. I arrived here very skeptical about a lot of things, but I have been convinced of the potential here across many aspects and I really believe in Chile. Over the past four years, there has been a shift on both sides. Within a year-and-a-half of setting up the office, we already had Chilean companies approaching us asking for Israeli solutions. We have recorded success stories reaching more than $13 million over the past four years with dozens of delegations, both Chilean and Israeli, going back and forth between the countries."

Israeli import from Chile has also increased significantly, although mainly in one particular product - Salmon. "We are also seeing Chilean companies invest in Israel. Chileans are extremely averse to taking risks so it was a huge challenge to bring Chileans to invest in Israeli startups in a market that is unknown to them," added Shor. "I think we will only see this growing with time. This is a market with a lot of money that until now went elsewhere and we are succeeding in shifting some of it to Israel. We aren't going to become their best friends, but we are becoming more and more significant."

Shor had not only never visited South America before arriving in Chile, but he couldn't even speak the language. The Foreign Trade Administration at the Israeli Ministry of Economy and Industry, which is in charge of Israel's 44 economic missions worldwide, doesn't insist on its attachés speaking the local language of their country of destination. That decision initially baffled Shor, but in hindsight ended up being of great service to him.

"I was initially upset that I wasn't able to learn Spanish before leaving for Chile, but in the long run, I learned that this actually helps us as attachés to understand the difficulties facing the companies that we represent. Had I come here with Spanish and everything would have been straightforward for me it would have been far tougher for me to understand the challenge facing an Israeli exporter who comes to Chile without knowing Spanish and runs from meeting to meeting for a week without understanding the cultural codes," explained Shor, who within a year was already giving speeches in Spanish in the Chilean parliament. "As I experienced that myself it is easier for me to help the Israeli exporter avoid those potholes. This makes our lives as attachés far more difficult, but after four years I can say that this is a good decision as it allows me to give companies a far more holistic service as 'I've walked the walk so I can talk the talk'. I've been in their shoes and I know where they might fall so I'm here to point them in the right direction." 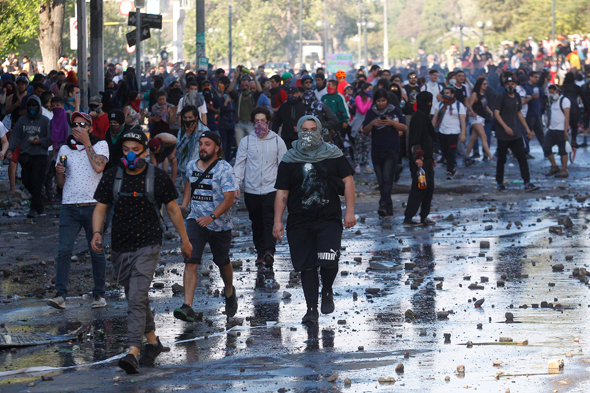 Shor admitted that a large part of his job, especially initially, was not only to market Israel to the Chileans, but to also sell Chile to the Israelis. "In my first two years here I spent a lot of time going back and forth between the countries as I would travel to Israel to explain to Israeli exporters why Chile is the right market for them and why it is worth their while to make the 19-hour flight," he said. "I think we have made a lot of progress there but there are still a lot of companies that don't see Chile as a target market but rather as a trekking destination."

Shor explained that when he arrived in Chile he found a very developed and wealthy market with problems similar to those seen in developed European and North American markets. But in the past year-and-a-half, the many crises the country has been coping with have opened a far wider spectrum of opportunities for Israeli companies.

"There is no doubt that Israeli tech currently has opportunities in Chile which it didn't have in the past. We are now approaching Israeli companies that in the past we had to tell that Chile might not be the market they are looking for and tell them now that things have changed and you have a window of opportunity," said Shor. "For example, we are seeing a big shift towards digitalization in the retail sector. This has always been a highly profitable sector for the big Chilean players and they had no real incentive to make changes. But the crisis has changed their thinking and they are now interested in seeing how they can upgrade their operation. This is something that many Israeli companies can help with and is a sector that until now few Israeli companies managed to break into. Chile's economy certainly suffered a blow but it is very difficult to stop it. The Chilean economy is very dependent on metals, in particular copper. As long as the price of copper doesn't plummet, and in recent months we are actually seeing it climb, Chile will be fine. As soon as the Chinese exited the crisis and returned to buy copper you saw the Chilean currency stabilize."

Agtech, telecom, cybersecurity, and foodtech are all among Israeli technologies that are garnering interest in Chile, with Shor also trying to develop a new sector of export that isn't usually associated with Israel.

"As this is a very mining-oriented economy we invested great effort in trying to attract Israeli companies to this sector and explain to them that there is money to be made here. Lots of Israeli tech companies have wonderful solutions but they don't know enough about this industry and don't understand that sometimes all they need to do is make a small change to their product and that will open up a massive market for them, and not just in Chile," Shor said.

Israeli irrigation equipment giant Netafim is an example of a company that managed to grab an opportunity with both hands, dominating the significant market of acid drippers in Chile, even though its main focus is in drip and micro-irrigation.

Chile has the largest Palestinian community outside of the Arab world, with the estimated number of Palestinian descendants in Chile ranging from 450,000 to 500,000. Shor said that certainly has an impact at the political level, but that it has little effect when it comes to business.

"The Chilean economy is far more open to Israeli companies than people think," he said. "Israel has a good reputation in Chile, especially when considering the complicated geopolitical situation. Israeli tech is considered to be very sophisticated and advanced, which until now was often problematic because we had companies telling us that these solutions are too cutting edge for them and that they are looking for something more traditional. Israelis are considered to be less organized than the Asians. We fit in somewhere between the Europeans and the Persian Gulf states. There is a lot of openness to Israeli technologies and businesses which sometimes seems weird to people as many Israeli companies are afraid of coming to Chile due to geopolitics."

Shor said Chile should be an obvious market for Israeli companies and it can also serve as a perfect springboard to the rest of South America. He added that Israeli companies can count on the trade mission to be there for them.

"This is the most western country in South America and is part of the OECD. They have the most trade agreements in the world and many inter-American connections," he noted. "Many companies that tried coming to Chile in the past were unable to bridge the cultural gap. I too was burned by the local business culture so I'm here to help the Israeli companies and jump into the deep end with them."