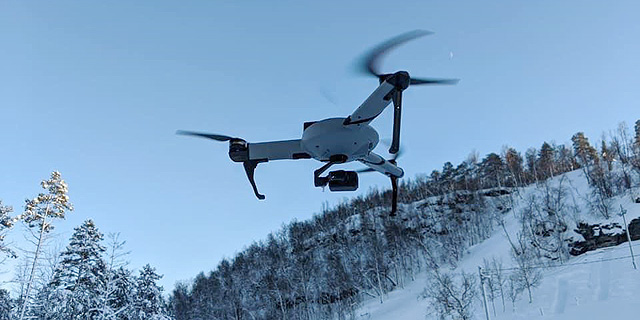 Swarms of Israeli-made drones will patrol the arctic skies of Scandinavia to help rescue services in cases of emergencies in remote locations. After a year of trials, Israeli manufacturer Atlas Dynamics has signed a contract with a Scandinavian emergency service provider for its Atlas Pro drones, designed to operate in extreme cold conditions for hours at a time. The drones are equipped with artificial intelligence and distributed communication systems that enable them to operate as a swarm and independently from their human operator and transmit the information in real-time to the rescue forces.

The MESH technology will allow rescue crews to quickly scan large territories to locate those in need of rescue, which in the case of the Scandinavian terrain made up of rugged mountains, glaciers, and fjords, usually means adventurous hikers. The drones will replace manned helicopters currently used for such missions.

According to the company, Atlas Dynamics and the rescue organization plan to develop more shared products later this year that will assist in rescue operations next winter.

Atlas Dynamics was founded in 2016 by Ivan Tolchinsky, who serves as CEO, Guy Cherni (CMO) and Omri Cherni (COO). The company has offices in Tel Aviv, the U.K., the U.S., and Latvia. According to data on PtichBook, the company raised a total of $8 million in funding .