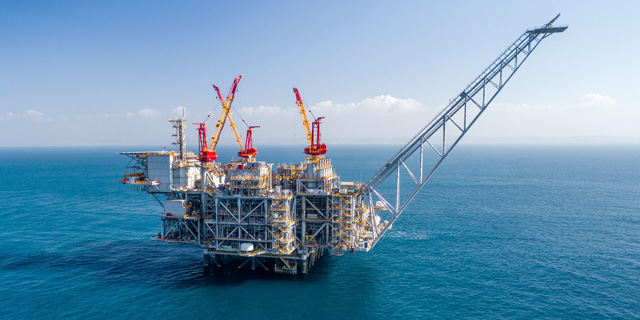 Trade and Economic mission in Texas tried to interest Chevron in the Israeli market for years, until finally succeeding in a meeting held this past February

Chevron's takeover of Noble Energy not only shook the oil and energy industry being the largest tie-up in the sector since the start of the Covid-19 pandemic, but also reverberated through the Israeli economy due to Noble's stakes in the country's huge natural gas fields Tamar and Leviathan.

Multinational energy giant Chevron announced on Monday that it has agreed to buy all of the outstanding shares of the Houston, Texas-based oil and gas explorer, in an all-stock transaction valued at $5 billion.

Israel’s Energy Minister Yuval Steinitz was among those who welcomed the acquisition, as was Shay Luvshis, Israel Consul for Energy and head of the Trade and Economic mission in Houston, who told CTech that the mission had tried to interest Chevron in the Israeli market for years, until finally succeeding in a meeting held this past February.

"This is a vote of confidence in the Israeli market and I look forward to our joint work to promote the company's activity in Israel."

According to Israeli law, the rights to energy fields cannot be transferred without approval of Israel’s petroleum council but that seems unlikely to be a stumbling block considering Steinitz hailed the acquisition as "a tremendous expression of confidence in the Israeli energy economy, and in the continued development and export of natural gas from the State of Israel."

Luvshis added that despite the major hit suffered by the energy sector, there are still plenty of opportunities in Houston. "We are in the midst of the Covid-19 crisis and the energy sector has been struck by the perfect storm, but this is where our role as attaches in Houston has the most added value," said Luvshis. "We know how to identify and recognize the companies that even at this time are open to doing business. We have our wide network of contacts with whom we've been in touch for years. We are always in dialogue with these contacts and that allows us to pinpoint the companies that might be interested in Israeli solutions."