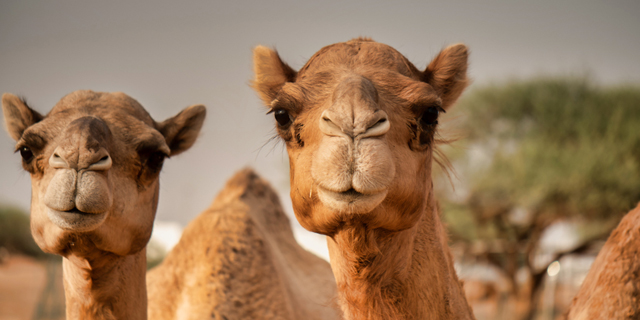 Amid the Covid-19 crisis, it may be time to replace unicorns with camels

The current coronavirus pandemic will reveal who can cope in times of crises, and who can't

A new book by veteran investment director Alex Lazarow called Out-Innovate: How Global Entrepreneurs--from Delhi to Detroit--Are Rewriting the Rules of Silicon Valley, in which he confronts the Silicon Valley approach of "unicorns only/first," has made waves in recent months. The book may not have anticipated the coronavirus (Covid-19) crisis, but it was raising the question of how different companies cope in times of crises, a question which is extremely relevant nowadays.

Lazarow found that there is a segment of startups with significant income, some of which are even profitable that for some reason, have been overlooked by major investors. He named such companies as "Camel Startups."

While Covid-19 saw unicorn companies lose even more money than expected, their CEOs' go-to move in dealing with the crisis, was mainly to return to their Silicon Valley investors, asking for more money. The CEOs of "camel startups" had various other tools to employ, before resorting to looking for more funds.

Most, if not all startups, desire to become a Unicorn at one stage, but the way they get there can reflect on the future of the company.

A recent chart compiled by Crunchbase gathered all the global unicorns. In the list, Israel was placed seventh, along with Brazil. However, almost 10 of the companies, which are marked in the chart as being U.S. unicorns, were actually founded by Israeli entrepreneurs who moved to the U.S. at their investors' request.

A later pin-pointed study published on July 12, found that counting the number of companies who turned into unicorns in the past 12 months, landed Israel in the first place in Europe.

Several facts seem to make the Israeli startups stand out:

1. Many of them were actually camel startups, with significant incomes, prior to becoming a unicorn.

2. All of the Israeli unicorns are B2B focused startups with significant incomes, and their unicorn valuation stood to reason in alignment with their incomes.

3. While many global unicorns investors stressed the "need" to become unicorns, regardless of their business models, many Israeli unicorns took steady and solid steps upwards

Camel startups seem to cope well in times of crisis and some can even grow to be unicorns.

Solid foundations can create unicorns, but it doesn't really go the other way around. Just because leading VCs want their portfolio companies to be named unicorns, does not (in most cases) turn their foundations into solid ones, for future growth.

While many unicorn companies lose hundreds of millions of dollars, if not several billion (Uber for example lost a total of $8.5 billion in 2019) a crisis like Covid-19 calls for a different way of thinking.

In contrast, camel companies were built in a different way from the start. They too were required to grow, but their scale demanded they meet financial balance at some point, and even profitability. And Indeed, camel startups rely mainly on their income and profitability. The fact that their past fundraisings were not made only to increase their market share, but mainly to do it in a stable way, makes all the difference.

The current coronavirus pandemic will reveal who can cope in times of crises, and who can't.

While a horse must drink 50-70 liters a day to survive( and a unicorn is a type of a horse), a Camel can survive on 100 liters every 7-10 days. While unicorns need their daily drink, camel companies can wait for the funds, and pursue additional steps that their profitability allows them. Gaining credit lines for crisis times is not really an option for unstable unicorns.

Avihai Michaeli is a senior startup advisor, having served in business executive positions in the Israeli business ecosystem for the last 25 years.