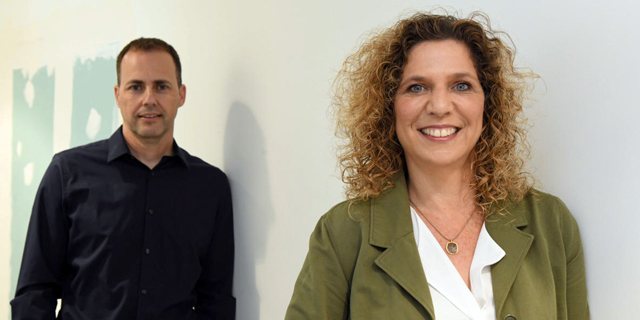 Merav Weinryb and Boaz Peer, who manage Israel and Europe investments for the American chip giant, believe Covid-19 can purge the tech sector from some of its ailments

As the world tries to figure out how to fix the conservative structures that have made institutions and countries so vulnerable to the novel threat of coronavirus (Covid-19), there are those who long for a return to more conservative practices. For example, the venture capital industry, which was flushed with cash over the past two decades, sending company valuations way up, is now looking to land both feet on the ground.

According to Merav Weinryb, managing director of Qualcomm Ventures Israel, the market sometimes needs a push in the right direction and now, in the aftermath of Covid-19, may be the right time.

“I’m not one to prophesize, but this could turn out like the 2008 crisis,” Weinryb told Calcalist. “Back then, everyone talked about a crisis but, in reality, our market just got better, with more money for a long period of time,” Weinryb said. “Now, there are talks of how venture capital needs to be fixed and this crisis could serve as a good opportunity for this,” she added. Together with Boaz Peer, Qualcomm’s investment director for Israel and Europe, Weinryb manages the strategic investment in the region for the American communication chips giant and was responsible for 30 investments since 2010. Among the Israeli companies in Qualcomm's portfolio to have made impressive exits are Waze, acquired by Google, Ravello Systems Inc., acquired by Oracle Corp. (and shut down last year, CyberX Ltd., acquired by Microsoft and Magisto Ltd., acquired by Vimeo. Israeli companies currently in Qualcomm’s portfolio include data storage startup WekaIO Inc., cybersecurity company SentinelOne (incorporated as Sentinel Labs Inc.), and telemedicine startup Tyto Care Ltd.

The ones responsible for inflated valuations are the investment funds who enjoy generous exits. Why should anything change?

“Funds make money off of initial public offerings (IPOs),” Weinryb said, “but they will make more money if they come in as investors at a lower valuation for the last round or the one before it. There was a time when there was so much money in the industry that it led to over-inflated valuations but this process is now expected to stop with companies hitting a wall and investors becoming more conservative and careful, and their expectations coming down to earth.”

Talking to Weinryb and Peer on the video call platform developed by Zoom Video Communications Inc.—one of Qualcomm’s most successful investments—they sound confident despite the threat the crisis poses to many of their portfolio companies.

“People are tested during a time of crisis,” Peer said, “it is a chance to see who functions, initiates, and prioritizes. Some people do it better and you can detect different styles, but, at the end of the day, I don’t think we got anything wrong. I believe this could serve as a testimony in favor of those companies that make it. A crisis is a natural part of any company’s life, if it weren’t for the pandemic, there would have been something else. After 20 years of growth, everyone was already bracing for a crisis.”

Still, Peer is cautious regarding the near future. “With a normal funding round that should last 18-24 months, a company is expected to increase its worth,” he said. “If a company needs close interaction with customers, I assume the upcoming period is going to be difficult for it, so we are being more careful.”

“The first thing we did when the crisis started,” Weinryb said, “was to go over our 20 or so portfolio companies to see how they were doing and make sure none of them would need to raise money very soon. We walked them through steps to prolong the company’s life without additional funding. Some of them had to cut salaries, others had to lay people off. Now, we estimate that almost all of them can survive without additional funding until the end of 2021.”

According to Weinryb, when it comes to making investments, her team had it easier than other venture capitalists. “As an international team, we were already trained in making and presenting investments over Zoom meetings,” she said.

Still, something must have been missing, with the whole interaction shifting online.

"When you examine an investment,” Weinryb said, “one of the most important aspects is the entrepreneur.” A first meeting on Zoom is great, she explained, but to really get to know an entrepreneur takes hours and that is difficult and tiring on Zoom.

“It is a dilemma, whether you should invest in someone with whom you have never been in the same room,” Weinryb said. “I believe you need an in-person meeting and if that is not possible, you would need a lot of extra information to fill in the gaps.“

"We have very well organized processes,” Peer said, “but, in the end, a lot of it is about nuance. You don’t just invest in a company, you invest in people and the dynamic between them and you want to see how they handle themselves. There are body language tells and expressions that are just easier to interpret face-to-face. That is why we did go back to holding meetings in Israel.” 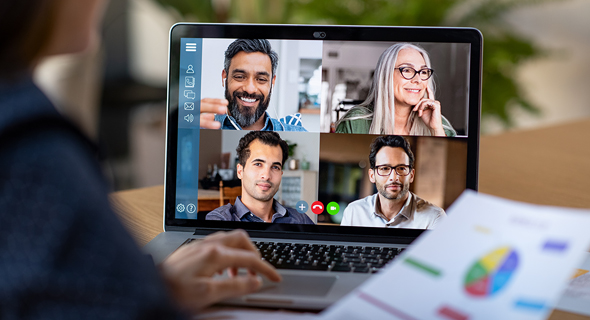 "When meeting with the team of a company for a potential investment, Weinryb said, during face-to-face interaction, it is very evident if one person is pushing the other person around or contradicting them.”

“One of the things that are important to us is knowing the entrepreneur can listen,” she added, “we are not looking for yes-men but an entrepreneur that won’t listen to the board at all could create a lot of conflicts.”

The over-dominant founding CEO phenomena has become one of the most notorious issues in the tech industry over the past few years. Examples range from Uber’s Travis Kalanick and WeWork’s Adam Neumann to, in some ways, Facebook’s Mark Zuckerberg, all of whom have been heavily criticized for their managerial style, from creating a toxic workplace environment to wielding an uncompromising hold over the board.

"We spend a lot of time on creating the right balance when we enter a company as investors,” Weinryb said. “In most cases, if there are veteran funds that have invested before us, we know the matter is well handled. When control is shared by two or three funds, we assume most of the investors are rational and will come to joint decisions.” Disagreements are possible, she said, but it cannot work if just one person is making all of the decisions and everybody else has to follow suit, especially if that person is the founder or the CEO.

According to Peer, it is not wise to over-dilute an entrepreneur’s share, since if the company no longer belongs to them, they will likely be less motivated. “When we see companies with an irrational structure, for example, an entrepreneur or a single fund that has too much power, we would normally pass on the investment,” he said. “When everything is going well, there is no problem with it, but as soon as there is a conflict, these issues become pressing,” he explained.

Will we ever stop seeing companies declaring, in their prospectuses, that they may never be profitable?

“We only invest in markets that are strategic for Qualcomm, so, it is less of a bubble,” Weinryb said. The whole industry is hoping the crisis will lead to some kind of balance, she said, after seeing, for example, IPOs failing due to a gap between the private and public markets.

Qualcomm tries to be very methodical and look at logical multipliers, Weinryb said, “but it’s not like we haven’t sinned, especially at times when there was no other way.”

According to Peer, WeWork was the perfect example of accelerated growth getting out of hand. “We look at investments at the financial and strategic level,” he said, “and the trend by which companies grow very very fast and burn a lot of money without showing prospects of future profitability is dying out.”