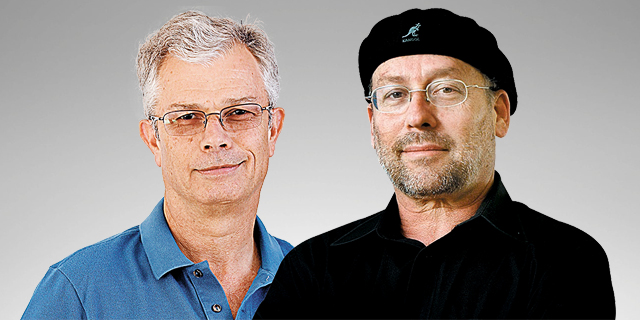 “Even if Intel ceases manufacturing, its factory in Israel will be the last to shut down,” says former Intel executive

Bob Swan’s statements to analysts prove that nothing is sacred anymore, not even the chip giant’s independent production

“Intel’s production capacity has been harmed in recent years and I anticipate that it will move over some of its flagship products to be manufactured by TSMC,” David (Dadi) Perlmutter, a former chief of product and vice president at Intel told Calcalist in an interview on Sunday. “It’s a very dramatic statement, It’s hard for me to say what will happen to the company’s manufacturing, but TMCS does not currently have the capacity to fully replace Intel,” he added. “I don’t believe Intel will sell off parts of its manufacturing network, but Intel is in a hole and it’s not a small mishap, it’s a problem that has been dragging on for years. If Intel isn’t able to get out of the hole, it will transfer production to another company.” Perlmutter, who was Intel’s most senior Israeli executive and a candidate to manage the global company, poses a likely scenario in which Intel ceases production within a few years. "It mainly depends on the company's ability to deal with its malfunctions and it's not a simple thing. The question is whether its people will develop advanced production technology in the next decade that will allow them to keep their factories. Intel will have a hard time maintaining its lead without production. Production was for many years the company’s main advantage, which enabled it to move forward. Once production stops working, Intel loses its advantage."

Perlmutter’s harsh words come in the wake of the storm sparked by the remarks of Intel Global CEO Bob Swan over the weekend. In a conversation with analysts, Swan said that Intel may outsource chip production due to the delay in the manufacturing of its 7nm chips. The statement led to a 16% drop in the company's stock on Friday, its worst day in 20 years. Perlmutter’s statements are echoed by former Intel senior vice president and president of Intel Israel Shmuel (Mooly) Eden. “This is Intel's admission that it has lost its technological leadership. It's a sad thing to hear, at least for someone who had worked at the company for most of his life,” Eden said. “This is the first time that the CEO of Intel Global openly says that the company is examining moving production into other hands,” Eden said, but added that despite everything he doesn’t believe the local Intel plant in southern Israel is at risk of closing. "The factory in Israel is the newest and one of the most important, and even if Intel decides to close or sell its factories, it will be one of the last to go." Do Intel employees have a reason to be worried? Apparently not. Intel’s Israeli factory is not in clear and present danger of being closed or moving into other hands. In Eden’s opinion, the Israeli plant is one of Intel’s most advanced and if any of its factories are sold, the company will prefer to sell its less advanced facilities. “Intel will not sell off the manufacturing plant in Israel so quickly because no one is rushing to buy a site like that, which costs about $10-9 billion.”

Intel Israel is the largest private employer in the country, with 13,750 people— 7,500 in development, 4,900 in production, and 1,350 Mobileye workers. Intel has a powerful lateral impact on the Israeli economy. The company has acquired $1.8 billion from local manufacturers in the last decade. In addition, Intel is also one of the largest exporters, with exports in 2019 totaling about $6.6 billion. It is also the most diverse employer with an important foothold in Israel’s southern region. A future decision by the global company to abandon its manufacturing would be a dramatic one that would have a huge impact on Israeli society and the Israeli economy. Intel has invested significant capital in Israel and has enjoyed generous grants from the state. By 2014, the company had invested $15 billion in Israel and received grants of $1.8 billion. In its investment plan for the coming years the company committed an additional $10 billion by 2029, for which it is expected to receive a grant of about $900 million. Intel intends to meet all its obligations to expand the new plant. The main danger to Intel's factory lies in the years after the grant, 2030 and beyond. The effect of closing its plant will affect Israel on two levels. The first effect is on Intel itself. Intel Israel, without a manufacturing plant, is just another development center in Israel, such as those operated by Microsoft, Google, Apple, and all the other tech giants. Although Intel is much larger, the footprint of a company that manufactures locally is much more significant than a development center that mainly employs engineers. A company that is only engaged in technological development does not have contact with all sections of the population.

There will also be an impact on the Israeli economy. Intel is the most technologically significant plant in Israel, which hundreds of manufacturers and suppliers rely on and a large part of the knowledge in this field in Israel is credited to the company. Intel's exit from the field of production and its transfer to other hands could lead to a dramatic change in the plant’s connection to the domestic market. “Intel has been a leader in production technology for more than 30 years, particularly when it comes to minimizing components,” said Eden. “It was at least a generation ahead of anybody else. Its leadership enabled it to produce faster and smaller transistors and lead the way in processor performance. The problems arose when it started manufacturing its 14 nanometers and 10 nanometers chips, which experienced schedule delays. The delays were due to problems in developing the new technologies and Intel lost its comparative advantage. Today, the company's technology is slower and less miniaturized, and its biggest competitor TSMC is one generation ahead of Intel when it comes to manufacturing." “Most of Intel’s competitors focus only on development and the manufacturing takes place in factories of other companies who specialize in production. TSMC has amazing capabilities. If the 10nm technology was delayed, it is clear that the 7nm technology will also be delayed. This is what Intel's CEO shared,” Eden said. “Today, we talk about 7nm, 5nm, we may even reach 3nm, but miniaturization will eventually stop due to physical limitations and the development of these technologies will become ever more expensive,” Eden said. “The long term question is whether Intel will develop such technologies in the future. Even if there are cutbacks, the older factories will be closed down before the plant in Kiryat Gat, which is one of the newest in the world. I don’t see it closing in the next five or 10 years.”

Bob Swan's statement about the company's willingness to switch to using other companies' manufacturing plants is an admission by the company that the huge advantage Intel had enjoyed in the past has disappeared. In the call he made with analysts following the publication of the company’s performance report, Swan said that Intel is considering the possibility that some of the production of its future technologies will take place in other production plants and not its own, either as complementary production or in its place.

The big problem and the big threat to Israel are what will happen if Intel tries it and finds that external production is preferable. In his bold statement, Swan proved that nothing is sacred. If until now Intel's production was considered untouchable, then from now on it is on the table for discussion.