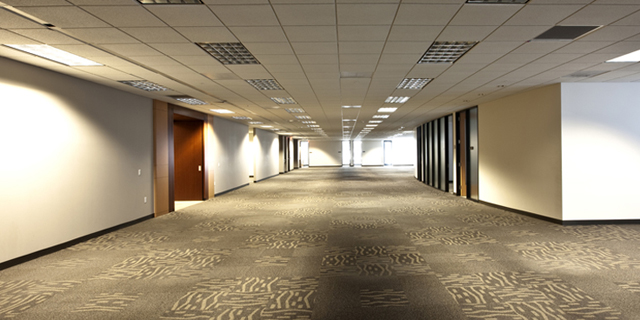 An ongoing recession, an excess supply of office space, and a tech sector slowdown, combined with shifting to WFH is hurting the office real-estate sector

The shared workspace model, such as that operated by WeWork, suffered a severe blow during the coronavirus (Covid-19) crisis according to a survey of the office real-estate sector in Israel and around the world by rating agency Standard & Poor's Maalot, part of S&P Global Ratings. "We identify immediate exposure of real estate companies to open workspaces, which have suffered a severe blow," said analysts Hila Perlmutter and Gil Avrahami in their review. According to them, however, the effect of the shared workspaces companies on the office real estate industry as a whole is negligible, since they are responsible, according to S&P Maalot, for only 5% of the total space and total rental income. 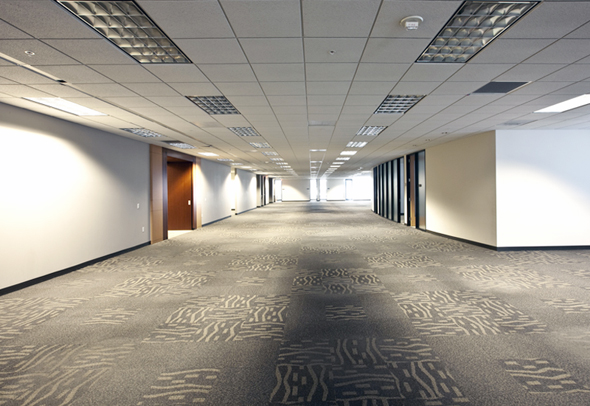 The blow to the shared office space model is notable in central global markets, such as New York, but also in central Israel, and the large increase in available space that their renters vacated may add upward pressure on the rental fees that the companies charge in the short to medium term. The office real-estate industry in Israel has recently suffered several blows after prominent tech companies announced their intention to significantly reduce the use of office space as they shift to a work from home model. Earlier this month, Calcalist revealed that LivePerson Inc, which employs 1,300 people, 350 of them in Israel, plans to forego using offices altogether. Check Point CEO Gil Shwed also recently stated his plans to reduce his company’s office space. Another sector that suffered a blow is the parking lot industry. In light of the pandemic and people’s preference to work from home, S&P Maalot’s study found that “parking lots experienced a significant drop in demand during April and May and we expect to see the same weakness in the upcoming months due to the second wave outbreak.” The analysts added however that the operators were able to offset some of the losses by reducing maintenance costs and hold on to a relatively stable net operating income. Contrary to other estimates, S&P Maalot’s analysts predict a smaller impact on NOI revenue in the near term and are more worried about the long-term consequences. "In examining the operational performance of the income-producing real estate companies operating in Israel, we receive indications of only moderate, if any, damage in the months since the outbreak of the crisis, and it is clear that collection rates are high, 100% -85%."

"Only a small percentage of tenants had difficulty paying rent, and in the vast majority of cases deferrals and installments were made for April and May, but there was no waiver of rent, and the June collection rate returned to normal. As we understand it, as of June, the tenants of the ranked companies have not canceled leases,” they said. S&P Maalot estimates that this year there will be a 5% drop in the NOI of income-producing real estate companies ranked in Israel, but that things look different in the long run. “In our opinion, it is quite possible that the bargaining power of the tenants will increase in the coming year and in the medium term, as is happening around the world." Ultimately, the possibility of an ongoing recession, an excess supply of office space, and a tech sector slowdown, combined with long-term trends of shifting to work from home, may lead, in S&P Maalot's view, to a 15%-5% decrease in NOI over time, which may accordingly, be translated into a negative revaluation of the assets by about 10%." As for shared workspaces, S&P Maalot says that if companies decide to move entire divisions to work from home, over time it may be necessary to open such spaces closer to the workers' residential neighborhoods. "Instead of an employee from (the northern city of) Hadera coming to WeWork in Tel Aviv, for example, he will go to a shared workspace in the heart of his neighborhood.”