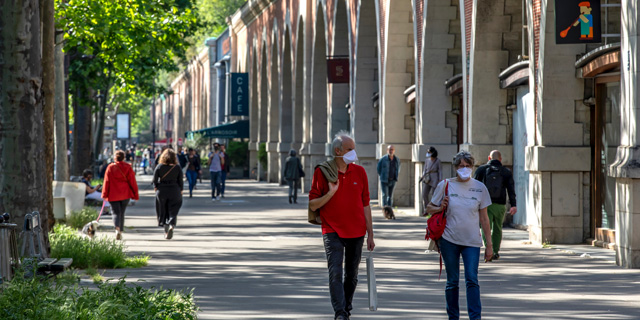 Leading economists, French finance minister weigh in on the impact of COVID-19 on the global economy

Following the pandemic, the world is experiencing an unprecedented crisis. “I don't expect the global economy to return to its 2019 levels prior to 2023,” said Prof. Jason Furman, a former advisor to the U.S. President

Following the COVID-19 outbreak, the world is experiencing an unprecedented economic crisis. “I do not expect the global economy to return to its 2019 levels prior to 2023,” said Prof. Jason Furman, Former Chairman of US President Obama’s Council of Economic Advisers, at a unique online event Start-Up Nation Central and ELNET held on June 3, 2020.

Furman was joined by two other leading economists in discussing the global crisis and the post-pandemic economy: Prof. Olivier Blanchard, Former Chief Economist of the International Monetary Fund (IMF), and Start-Up Nation Central CEO Prof. Eugene Kandel. France’s Minister of the Economy and Finance, Bruno Le Maire, concluded the event by addressing the challenges ahead. The panel discussion was moderated by Bloomberg’s Stephanie Flanders.

“The worst is behind us”

Prof. Blanchard presented an optimistic vision, saying, “the worst is behind us; we will recover,” while Prof. Furman said: “Numerous sectors and businesses will continue to feel the recession. Many people may lose their jobs. The recovery process is going to be slow and lengthy.”

According to Blanchard, “there are two ways to look at the situation. Either we return to the world as we have known it, or to a new world. In the first stage, countries ought to adopt a policy of protecting their employees and businesses. However, the second stage will require evaluating new approaches for boosting the growth.” Furman added: “While the US and Europe differ in their approach to protecting jobs and businesses, they may end up achieving a similar outcome.”

“Technology will be in strong demand in the near future”

Prof. Kandel explained that the Israeli economy is “export-oriented. As such, it is influenced by its target markets, namely the US and Europe. As long as our target markets do not recover, many sectors in Israel will continue to feel the crisis. At the same time, we know technology will be in strong demand in the near future. Israel has a lot to offer the world in this field.”

Kandel also commented on the high-tech sector, the economic engine of Israel: “Startups and technology companies differ from other industries. The lion’s share of the sector continued to work during the COVID-19 crisis, developing new products, and even expanding operations and recruiting more employees. However, foreign investments are coming to a halt due to the crisis. With many investors hurting, they cannot continue to inject capital into startups. The Israeli government acted quickly, albeit not via direct investments, but with state grants and incentives for institutional investors to invest in technology companies.”