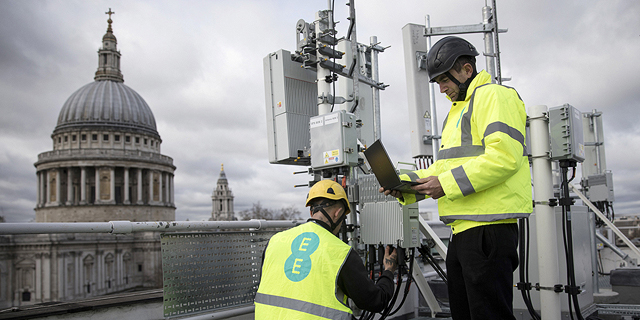 The tender for deploying 5G infrastructure in Israel will open on Tuesday and it is nothing short of a historic moment. 5G, the fifth generation technology standard for cellular networks, is set to dramatically upgrade telecommunication capabilities in the country, turning smart cities, telemedicine and autonomous vehicles into a reality.

Three groups, all from Israel's telecom industry, are set to enter the bidding war. One group will include Partner and HOT Mobile, another Cellcom and XFONE, with Pelephone the only one of the cellular companies to enter the race by itself. The tender will be managed by Tal Elimelech, senior director for regulation and economy at the Ministry of Communication.

The telecom companies are entering the tender in a difficult situation, with their financial position being precarious even prior to the Covid-19 crisis. Deploying 5G infrastructure requires vast funds, but while none of the CEOs of the companies has yet to provide an answer regarding where the money will come from, none of them could afford to stay out of the race.

While the deployment is expensive, 5G also provides the companies with an opportunity to better their financial situation after the price war for cellular services significantly reduced their revenue. At least initially, companies will be able to offer 5G as a premium service and charge an added price. However, once all the companies will be able to provide a similar level of service, the competition is set to bring down prices once more. The main income for whoever wins the tender will derive from leasing of 5G frequencies to other companies rather than selling use-cases directly to the average client.

The tender includes three ranges of frequencies: 700, 2,600 and 3,500. The 700 frequency range will be used for the foundation of the network and can also be utilized for both 4G and 5G. The 2,600 frequency range is meant to initially provide services for 4G and ultimately 5G once the transfer is complete, while the 3,500 range is assigned entirely for 5G use-cases.

There are plenty of frequencies on offer to satisfy all the companies, but it remains to be seen whether the ministry will ensure they are all granted some access to 5G or one of the groups will be left empty-handed.

The timeframe of the tender depends on the demand and conduct of the bidders. In Germany, a similar tender took two months to complete, while in Italy it was done within two weeks. Should the groups agree to equally share the frequencies the tender is expected to be completed quickly, with each group set to pay in the region of NIS 60 million (approximately $17.5 million).

The companies won't need to pay the ministry until September 2022 and are supposed to be refunded for the deployment from the 2022 state budget. The companies will need to pay a toll of NIS 80 million ($23.4 million) a year for the use of the new frequencies in addition to the NIS 320 million ($93.6) they currently fork out. According to the tender, the winners can receive a 28% reduction for the first four years, subject to government approval. The winners will be required to complete the deployment within five years and begin providing 5G services within 18 months of the start of the deployment. The total cost of the deployment is estimated at NIS 2 billion ($585 million).