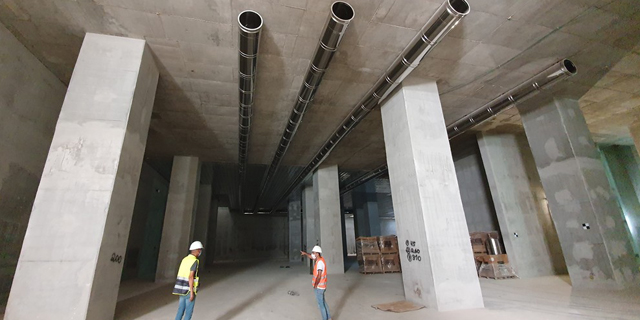 There’s data in them hills: Bynet is building one of Israel’s largest server farms under Jerusalem

Major companies and organizations are investing millions in new data centers. Ynet visited the underground fortress that is set to launch activities in several weeks

Nine stories below Jerusalem’s Har Hotzvim tech hub, one of the country’s biggest data centers is being completed. Dug into the heart of the hill, which got its name from the stonemasons who quarried rock from it to build the Jewish Temple in biblical times, is an immense server farm that is set to store some of the most sensitive information in the country. Deep underground, protected from natural disasters, military attacks, and peering eyes Bynet Data Communications Ltd. is building a 14,000 square meter (460,000 square foot) bunker, spanning four floors to store what will become one of the Middle East's largest and most sensitive server farms. The site is set to become operational in several weeks, after which it will be sealed off from the world.

The uppermost level, located below five parking levels and a 17-story building, has an eight meter-high ceiling made up of steel-plate coated concrete capable of withstanding a car-bomb explosion. It will be forced to meet the strictest existing survivability standard, capable of sustaining all its needs even if the outside world is disconnected. A series of government regulators, led by the national cyber administration and the Israeli FBI (the Shin Bet), are overseeing every step of construction and installation. For customers, it is a critical facility that holds all of their data, whether for backup and disaster recovery or as a central computing site. They may consider their data is stored in the cloud, but in effect, it will be stored on Bynet's servers, deep under the ground. When complete, it will store the information of some of Israel's largest banks, insurance companies, large tech companies, the Israel Electric Company, the Airports Authority, Rafael and other security bodies, and certain IDF units.

Equally interesting are the government servers, for example, that of the Population Registry database, which contains the biometric information of citizens, perhaps one of the most sensitive databases in Israel. All of these are fenced and secured 24 hours a day. Beyond the imposing physical protection, Bynet also provides the extensive and multi-layer cyber protection for the facility. Moti Shani, Bynet’s Data Center Business Unit manager told Ynet that not a minute or day goes by without attempts to break into one of the systems. 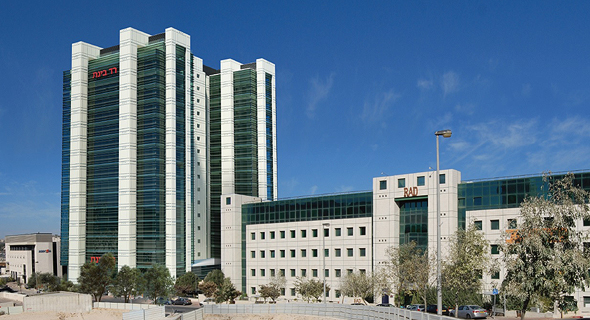 “We constantly receive alerts from the defense establishment calling on us to maintain vigilance because of an attack attempt,” he said. “The Iranians are always trying to breach. They attempted again this week,” he added, noting that Bynet is one of the defense establishment’s 10 strategic service providers. The data center market in Israel is booming. Microsoft has announced it is investing millions of dollars in building a data center to store its Azure cloud services as is Oracle. Amazon, however, is taking the lead, with plans to construct four giant databases costing billions of dollars. Shani said it is likely that some of the international companies will offer cloud services to Israel via their storage in Bynet’s facility. Part of the rush for data center construction is due to a tender process rolled out by the government earlier this year with the goal of transferring all of the government computing services to the cloud in an effort to reduce costs and make data processing more efficient. Shani explains that the reasons all the data centers are being built here, despite the fact that geographical location shouldn’t matter when dealing with cloud-based storage, is that the closer users are to the physical storage, the faster the connection is, but added that the main consideration is jurisdiction. Government data, for example, has to be stored on Israeli soil. “It’s not that there is a heightened fear of cyberattacks elsewhere,” he explained. “If the server sits in Italy, for example, it is subject to Italian laws and their laws may authorize the release of information that the Israeli government doesn’t.”