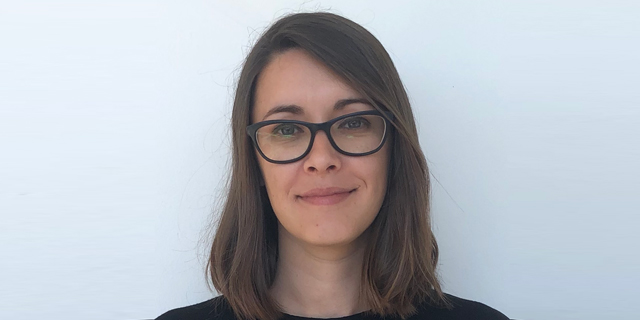 Laid-off techies are flocking to gaming, where app developers can make big scores

With more people out of work, many are turning to game app development for their chance to take part in the global gaming boom

With millions around the world out of work due to the coronavirus (Covid-19) pandemic, people are finding new and unconventional ways to earn a living or simply make lockdown a little more bearable. Overwolf, the Israel-based open platform for building gaming apps for PC games, is widening its reach and appealing to first-time developers hoping for an unexpected career change. “We often find people who are starting to build a product who are still working on a job. Hopefully they’ll see some success and they’ll pursue their product full-time,” explained Gil Tov-ly, VP of Growth at Overwolf. “Sometimes we’ll see people who have an abundance of time to get into a new project. They pick up a sample app, tweak it, and it’ll end up being a product that gamers really love.”

Gaming might seem niche to some, but in the last few years the industry has grown to profit more than the film and television industries combined. In Israel alone, the gaming industry is set to make around $4 billion in 2020 and new venture capital firms are being established to keep up with the demand. In the last 18 months, Overwolf claims there’s been an “explosion” in new people joining the community to make their own apps on their service. These include popular PC games like League of Legends, which welcomes developer input into expansion apps to make the original game more substantial for players who want a unique experience on a popular game. The company welcomes each user whether they’re first-timers or established programmers. The platform, which is free for all users, allows programmers to submit their apps to be used by players who can download them to add on to their PC games. Aside from some formalities in the approval process, Overwolf takes a hands-off approach unless someone requests assistance from them directly.

This exchange can be incredibly lucrative if developers make a successful product that benefits the community as a whole. “We celebrate when a developer does well and he is able to quit his day job and do this full time. That’s what’s driving people to us, at the end of the day,” said Tov-ly.

Overwolf wouldn’t share details of developer earnings but told CTech that the top 25% of developers earn over $28,000 a month and that the top developer earns over a million dollars a year. In total, they currently pay developers on the platform about ten million dollars a year by sharing their profits. When doing this on a large scale, the company claims to make quite a profit. He drew a comparison to the early days of Youtube when outsiders failed to understand how creators like Pewdepie could make millions of dollars streaming himself playing video games. Fast forward a few years and we can see factions of the gaming industry opening up to facilitate businesses and creative ventures such as fashion, art, and technology. “Among the majority of developers who joined, a common thing to say is that people enjoyed playing the game but they think that something is missing,” explained Gal Alperovitch, Head of Overwolf’s Developers Community. “That is what made them create the app for the game. They felt as a gamer who plays the game that they need to maximize what they want in it. Some of them actually learned Java and HTML so they could do it.” Galit Steinberg, 31, is a first-time app builder who joined Overwolf after being a committed gamer for around seven years. As a designer and user researcher, she partnered with a computer developer to create an app for Apex Legends. “Together, we’re developing a whole application from start to finish,” she told CTech. “Young or old people, it’s a great way to work from home and make money with the support Overwolf provides… I’m grateful.” Part of the fun Steinberg highlights is how developers can get real-time feedback from the community. “Every product I’m developing is over (a duration of) time because you get feedback from people: about one feature, another feature, and then the community says ‘guys add something or change something else.’ There’s a whole community and it’s something we’re discovering in the development of the application. That the community is valued once you receive its feedback.” In gaming, the word ‘passion’ is thrown around frequently among the community. This can be positive if an app is successful, or negative if you build something people don’t like. “They’re a very upfront and candid community,” Tov-ly admitted. "If they dislike your product they're gonna be very vocal about it, but on the other end, if they like it they will rave about it and become your ambassador." While the gaming culture might finally be escaping the 2014 controversy of GamerGate and its accusations of misogyny and sexism within the community, Overwolf insists that now more than ever people are flocking to a new way to create with one another. In the age of Covid-19 and its global disruption, it appears that gaming might provide that space for digital innovation, creativity, and healthy competition.