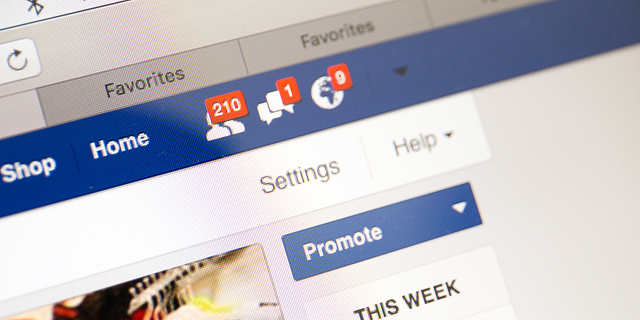 Facebook is going to have to defend itself in a class-action lawsuit in Israel after the court rejected the company’s request to reject the motion, claiming the plaintiffs aren’t “consumers” of the social media network. The ruling by Tel Aviv District Court judge Rhachamim Cohen, hinged on the question of who constitutes a Facebook “consumer.” The social media company claimed that the definition only covers regular users and therefore according to its terms of use, the lawsuit cannot be conducted in Israel, rather only in the California court system. The plaintiffs, two operators of pages who in the past paid for advertising on Facebook before the company closed down their accounts, claimed that they meet the definition of “consumers” and therefore their lawsuit can be heard in the Israeli class-action suit.

The plaintiffs, attorney Eli Nacht and independent marketer Semion Valdberg, filed the lawsuit on behalf of “all Facebook users whose accounts were frozen by Facebook without warning and without the ability to appeal the move.” The two claimed that Facebook violated its own terms of use when it de-activated their accounts without warning, and that it acted in bad faith and counter to contract law. They claimed the account closure caused the users direct and indirect financial damages. It was further argued that any clause that allows Facebook to willy nilly deactivate the accounts of its users without prior notice and without the possibility of restoring it is a discriminatory condition in a uniform contract that must be rescinded. Facebook’s terms of use state that in the case that a “consumer” has grievances or claims against the company, they are subject to the laws of the state in which they reside and the relevant authority is the court in the same country. Other users can only sue the company in a California court. Facebook, who asked that the lawsuit be dismissed, claimed the plaintiffs were not consumers, since they presented themselves at registration as business users who purchased services from the company. “The plaintiffs are not ordinary non-paying users of the Facebook platform (i.e. consumers), but rather are ‘non-consumers’ (i.e. advertisers),” wrote Cohen in his summary of Facebook’s response. In response, the plaintiffs said that Facebook’s classification of them as business clients was wrong since they were also the owners of user accounts that were also de-activated. In his decision, the judge noted that alongside the business account the plaintiffs also created personal profiles and that Facebook had shut both down. “Linguistically the plaintiffs are ‘consumers’ of Facebook as they ‘use’ Facebook services,” he said. “Facebook is asking to differentiate between non-paying customers who are ‘consumers,’ and users who paid for Facebook advertising services, who aren’t ‘consumers.’ In my judgment, the issue of payment cannot be the sole criterion for distinguishing between who is and who isn’t a consumer.”

“In the regular world, a consumer pays for the services he or she uses. Therefore the act of payment does not turn the plaintiffs into non-consumers, the claim that only those who don’t pay are ‘consumers’ is not an obvious one. In this case, we are dealing with a mix of personal use of the personal account and business use for marketing courses and the advancement of public issues on the 'pages.' Keeping in mind that the service is ‘mainly personal’ and that Facebook deactivated the personal profile, it appears that the plaintiffs should be viewed as Facebook ‘consumers.’” Cohen also highlighted the power disparity between the plaintiffs and Facebook: “the plaintiffs are private individuals who occasionally purchased advertising and marketing packages while Facebook is a powerful multinational company who’s products are used by more than two billion people, the inequality between Facebook and the plaintiffs is so significant that the distinctions, if they exist, between users who only have a private profile and users who also have business pages are subject to blurring. Both are in a position of weakness relative to Facebook and both deserve protection under consumer legislation.” The judge ruled that the plaintiffs are indeed Facebook “consumers,” rejected the motion to dismiss and ordered it to pay legal expenses worth NIS 30,000 (approximately $9,000). The case is now set to advance to the next stage, a hearing related to the content of the class action suit, after which the court will determine whether to approve or dismiss it. Facebook declined to comment on the report.