Despite the fanfare launch, only 10,000 units of the Finney were ever made, FIH says Hogeg owes it almost $6 million

Hong Kong-based mobile phone manufacturer Foxconn International Holding (FIH) is suing Israeli businessman Moshe Hogeg claiming he didn’t pay it for the production of the Finney blockchain phones sold by Hogeg’s company Sirin Labs. In the lawsuit filed on Wednesday in the Tel Aviv District Court against Hogeg and his associated Tzvika Landau and Guy Elhanini, FIH claims that it manufactured the phones and accompanying products without receiving payment. The plaintiff is asking for more than NIS 20 million (nearly $6 million) in compensation. According to the lawsuit, the first contact between the sides was in 2016, when Landau, who was Hogeg’s partner in Sirin began talks about producing the phone, talks that did not at the time mature into an agreement. In 2017, Hogeg and Sirin launched a publicity campaign introducing Barcelona FC superstar Lionel Messi as the company’s official presenter and in 2018 Landau updated FIH that Sirin Labs had successfully raised $157 million and would be launching the blockchain supported smartphone. “In retrospect,” the lawsuit alleged, “it turned out that Mr. Hogeg or a representative of his ‘updated’ the site... rewrote and erased the history from time to time.”

Following a 2018 meeting in Israel, a representative of FIH asked for financial documents from Sirin and raised questions about the substantial losses they revealed. Sirin had answered that the losses were due to high research and development costs and low income. A production agreement was signed by the sides at the end of March 2018. Hogeg, the lawsuit stated, was directly involved in the production process including making design choices about the device. Between April 2018 and the beginning of 2019, the plaintiff sent Sirin invoices amounting to $2.7 million for development work, parts purchase, and production. At the same time, the respondents racked up an additional debt of $3.2 million for parts and labor. The bills were never paid. After a series of invoices by FIH and correspondence between the companies on the number of units produced, Sirin had claimed that the delay in payment was due to “a bureaucratic problem at the bank” having to do with converting cryptocurrencies to fiat. In October 2018, FIH asked whether it should cease production and was told it should not. In November 2018, FIH received the first payment for the sum of $1.6 million. A day after that the company conditioned the production on receiving advanced payment as the agreement stipulated. When Hogeg launched the Finney phone in grand fashion in Barcelona later that month, the money had yet to have been transferred to the producer, the lawsuit claims. 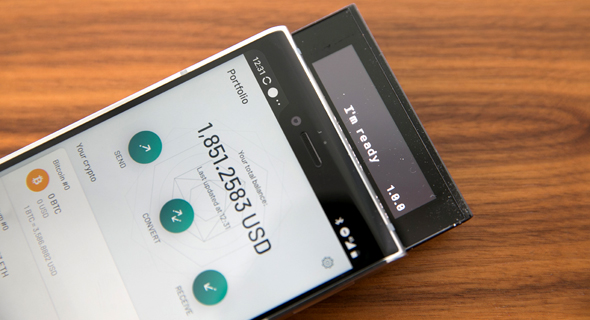 Even though no further payments were transferred to Hong Kong, in 2020 there was another request for the company to produce 10,000 additional units for the Indonesian market, claiming that successful sales there would help Sirin pay off part of its debt. “In practice,” the court documents conclude, “the respondents evaded paying their debt in every way possible and denied their responsibility towards the company. As the facts bear out, the respondents presented the plaintiffs with false details, including regarding the capital at their disposal. It turned out there was no truth to the matter and that the plaintiffs’ bank considered the crypto funds as an asset of unknown origin; apparently Mr. Hogeg’s funds are virtual and un-tradable or transferable.” While Hogeg is accustomed to being sued—the businessman has been the subject of several lawsuits both in Israel and abroad over the last year and a half over claims he made use of investors’ capital to acquire the Beitar Jerusalem soccer club and a large property in the high-end city of Kfar Shmaryahu—it appears that the current lawsuit is of a different scale. As the court documents note, FIH manufactures devices for some of the world’s biggest companies, including Huawei and Xiaomi. Questions over Hogeg’s much-touted phone were raised already at the time of its launch and in April 2019 Sirin underwent a major round of layoffs.

The lawsuit further claims that despite the publicized launch and the celebrity endorsements, only 10,000 units of the Finney phone were ever produced by FIH. “The supplier conducted its business with Sirin’s Switzerland based company. The fact that the lawsuit is personal and was filed in Israel indicates that its intention is creating media pressure, otherwise, it would be filed in the proper forums. I have no doubt that the court will quickly clear the matter up,” Sirin Labs CEO Tzvika Landau said in response.