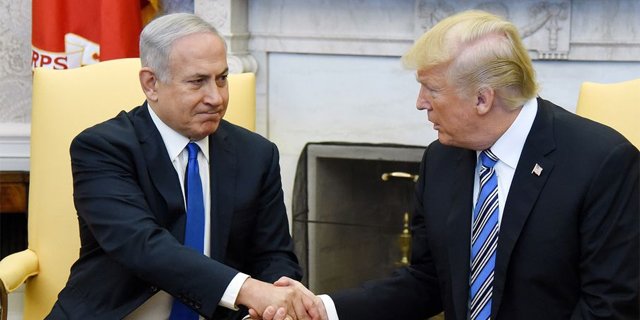 The United Arab Emirates has agreed to full diplomatic ties with Israel as part of a deal to halt the annexation by Israel of West Bank land, U.S. President Donald Trump announced via Twitter on Thursday. His announcement was retweeted shortly afterward by Prime Minister Benjamin Netanyahu, with the post text reading “Historic Day.” Crown Prince Mohammed Bin Zayed confirmed Thursday that the Gulf state had reached an agreement that would end Israel's annexation plans. 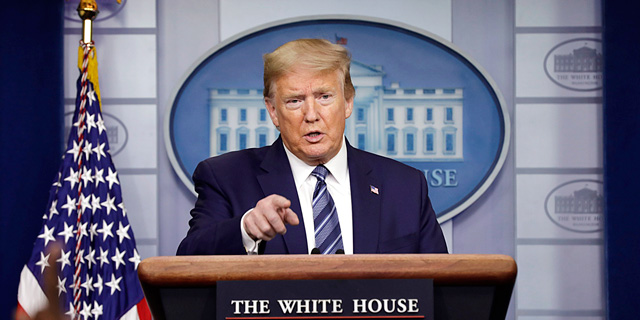 The agreement makes the UAE the first Gulf Arab state to normalize ties with Israel and only the third Arab country to have active diplomatic ties to Israel after the 1977 peace deal with Egypt and the 1994 agreement with Jordan. This is the first time a peace agreement involving Israel has been announced via Twitter. White House officials said that the agreement was sealed in a phone call Thursday between Trump, Netanyahu and the crown prince. Trump told reporters in the Oval Office that it was "a truly historic moment." "Now that the ice has been broken I expect more Arab and Muslim countries will follow the United Arab Emirates," he added. A joint statement from the U.S., the UAE and Israel was issued immediately after Trump's tweet. It said delegations would meet in the coming weeks to sign deals on direct flights, security, telecommunications, energy, tourism, and health care. The two countries also will partner on fighting the coronavirus pandemic. "Opening direct ties between two of the Middle East's most dynamic societies and advanced economics will transform the region by spurring economic growth, enhancing technological innovation and forging closer people-to-people relations,” said the statement. One of the early signs of warming ties between the states occurred in early July when Major defense contractor Israel Aerospace Industries (IAI) announced that it has signed a cooperation agreement with Group 42 of Abu Dhabi. The announcement said the companies will collaborate in research and development to find solutions to help combat the coronavirus pandemic. The collaboration agreement between the companies was signed via video call, during which the parties discussed ways to leverage common innovative technologies in the fields of artificial intelligence, sensors, laser, and others. According to IAI’s statement, the joint medical and technological initiatives are intended to benefit the populations of both states and aid in the global fight against Covid-19 and health security throughout the region.

"IAI is pleased to sign this cooperation agreement with our partners in Abu Dhabi. The coronavirus pandemic crosses continents, peoples, and religions and we place great importance on cooperation that will deliver breakthrough solutions,” said Elta CEO Yoav Tourgeman. “We are proud to join forces with Group 42 from the UAE and to be the harbinger of future collaborations between the two countries.”

Emirates News Agency quoted Group 42’s CEO Peng Xiao saying “At G42, we embrace international cooperation as a way to develop new and innovative technological solutions for the public good. The UAE has led by example in the global collaborative effort to defeat the Covid-19 pandemic, and our company is privileged to follow the lead and share resources and expertise with Rafael and IAI for such a significant cause."