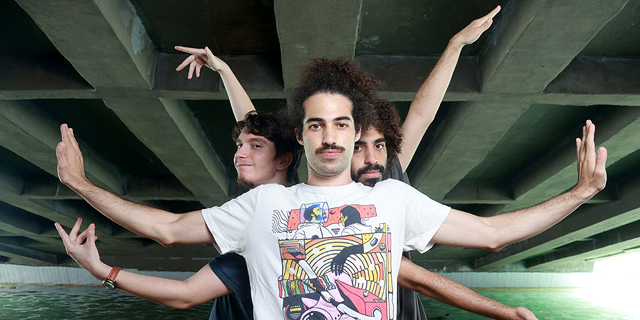 “We don’t want you to play our games on the toilet,” say Israeli indie game developers

The Lonebot team, the trio behind the winner of this year’s Game Maker's Toolkit game jam, prefer a deep puddle over a shallow sea

Here’s a really simple game: in “You Are Now Possessed” you have to maneuver a little man through a colorful pixelated map, drawn in Mexican folk-art style— cacti, guitars, and skulls— all in warm colors. Occasionally, in advanced stages, you have to avoid monsters, but the game, created by the Israeli trio that makes up the Lonebot group, has a unique twist: as opposed to most computer games in which you control an avatar, in this game you control it for only half of the time. In this game, as its title suggests your character gets possessed, and when possessed it behaves in ways you don’t want it to. It means that your character has an insufferable tendency to wander sideways, upwards, downward, in short anything that will lead it into a cactus, a monster, or off the face of the map. Within a level or two of this tiny game (so far it has 14 levels which can be completed in around 20 minutes) it is revealed to be a brilliantly frustrating original and funny twist, one that will have you screaming at the screen: “No! Not there! Stop doing that!”

Brothers Itamar and Mati Ernst and Yotam Frid, all in their early twenties, who make up the team at independent game studio Lonebot, created the game in just 48 hours. They made it as part of his year's Game Maker's Toolkit game jam, a mini-game creation competition run by Matt Brown, a U.K. gaming reporter. Brown, whose videos often reach 100 million views on YouTube, writes about game concepts, development philosophies and product reviews. The Israeli trio won first place overall among some 6,000 international entries (making this year’s event the biggest online game jam on record). This year’s theme was 'Out of Control', and not only did they interpret it in a creative way, but they also provided it with a remarkable package. The game feels like a tiny world unto itself or a sliver of a larger world. “We all met when we were in primary school,” they say in a Zoom interview. “My brother and I went to a computer game summer camp,” recalls Itamar. “There was a lot of basic stuff for kids to mess around with like, flash animation, Fruity Loops music, RPG Maker, that’s where we met Yotam.” “In the animation class, we saw Yotam, a 10-year-old boy, busy making a little game. I told him ‘hi your drawings are ugly, you want us to make nicer ones for you?’” The aggressive pick-up line worked. They kept on making games together for the next 13 years. “We have taken part in dozens of jams, each time making a game in 48 hours, and advanced each time,” Itamar said. Lonebot’s page on itch.io, a site that features indie games presents 10 games that they are particularly proud of. Most of them run the spectrum of experimental, funny and weird, in which sometimes the player’s basic interface with the game is the joke. In one game you have to hum into the microphone as part of a tribe of cannibals who make human sacrifices. In another game the mythological figure, Hercules has to gyrate from within a building to kill his enemies. In “Monstre de Coiffure,” which they are particularly proud of, the player applies makeup to make monsters look prettier. And in “Heya” you have to wave at smiling figures passing by, and it’s a lot harder than it sounds. This is Lonebot’s signature move: employing a small, but sharp idea, on which they build a mini-game without too much plot and background, an attempt to simply provide a few minutes of fun. 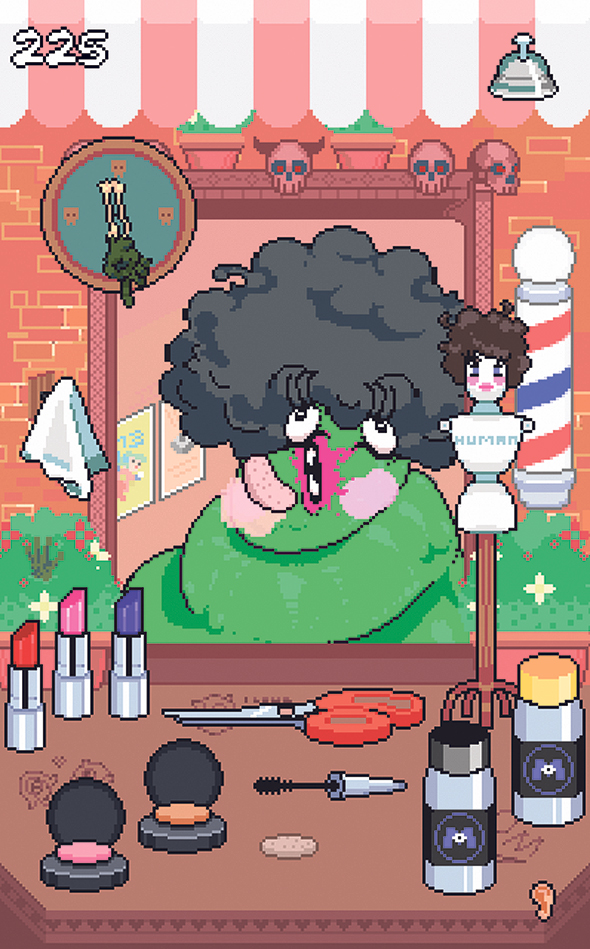 “The industry here is rolling in money,” says Frid. “But mostly it is casual games for your phone, things that are more a service than an experience. We want to do the opposite, give users a full experience, even if it’s short.” “A lot of people say our games have a distinctive touch, that you can tell that we are the ones who made it,” said Itamar Ernst. “We are also often associated with pixel-art. Almost all of our games use that medium,” Mati added

Why are your games based on pixelated figures? It’s not like you grew up playing Super Nintendo, this shouldn’t hit your nostalgia button.

“I really see myself as a pixel-art creator, it is the first digital thing I learned to do and it’s a medium I really like,” said Mati Ernst.

“It’s all about doing a lot with a little. We prefer to provide a deep puddle than a shallow sea, and pixel-art works the same: a minimalistic style that leaves a lot of room for imagination. If you are not some big U.S. studio, working on the next FIFA installment overflowing with funds, it’s the best way to develop worlds,” Frid added.

“It’s true that I didn’t grow up playing Super Nintendo, but I did grow up playing Pokemon, Gameboy games and flash PC games. So I didn’t experience the original pixel-art, but all the things I loved were inspired by it,” Mati added. 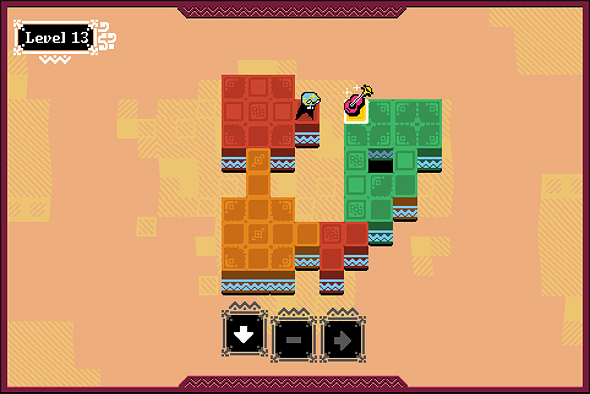 Screenshot of "You Are Now Possessed"

You all have other jobs. How much of your week goes into Lonebot?

“When we were little, it was nearly 100% of the time, we would take part in several jams a year and were pretty obsessive about making games. It relaxed a bit when Yotam joined the army and Itamar and I enlisted in national service. We are constantly talking about the next big thing,” Mati said.

“In principle, our dream is to make a game for the Nintendo Switch console or for PCs, something to open the door to an industry that is not just about mobile games,” said Itamar.

“We started off indie and we will continue in that way,” said Mati. “In gaming, unlike in music, indie still says something about the essence of what you make. What draws all three of us to the creative process is passing on a story or a world. We always strive to offer something new in terms of game design, not just something pretty or cute, but something original in the gameplay. That’s our thinking when it comes to jams too.”

“I see more and more people in the Israeli industry who want to take the medium in the direction of more art and less tech. The experience doesn’t have to be narrational, but we don’t want to make games for you to play on the toilet, we want to build worlds you will want to get lost in or escape into. Those are the worlds we grew up in," said Frid. "Oh, and they have to be fun, otherwise, what’s the point of making games?”