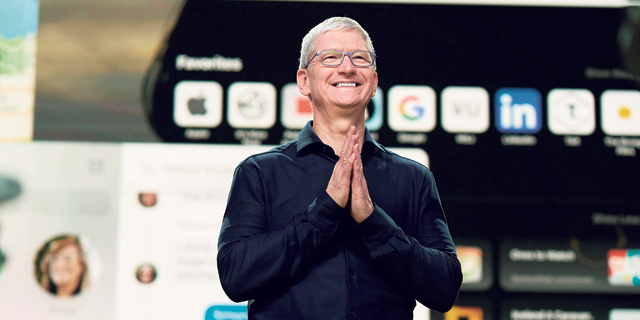 The AR and computer vision company was purchased a year and a half ago, an example of the tech giant’s strategy of silently buying up small tech companies

Apple is known for its tradition of conducting secret acquisitions. A substantial number of the purchases it makes are only revealed after they are completed or are never revealed at all. In 2019, at a Berkshire Hathaway Conference, Apple CEO Tim Cook said that the company had acquired 25 companies that year and didn’t disclose most of them. Most of the companies Apple bought were small, so the tech giant didn’t bother reporting on their purchase.

Apple has also stressed that acquisitions are always a second priority for the company, which prefers to invest in internal development projects. Such is the case of Israeli startup Camerai Ltd. People familiar with the deal told Calcalist on conditions of anonymity that the Israeli company was sold to Apple a year and a half ago for several tens of millions of dollars and was folded into Apple’s computer vision team. Camerai’s technology became a significant part of every Apple camera with an emphasis on augmented reality and video technology capabilities. Its founders kept the company in stealth mode throughout its years of existence and even after the acquisition kept media silence and never spoke about the sale or the fact that they now work under Apple. In the five years since its founding, Camerai raised very little capital. According to data from IVC, the company raised a total of $3 million from the likes of the Atooro Fund, angel investor Moshe Meidar and from the Spinach group of angel investors. The company’s founders did not respond to requests for comment from Calcalist. The company’s most substantial financing round, which brought it in $2.5 million was in 2017. 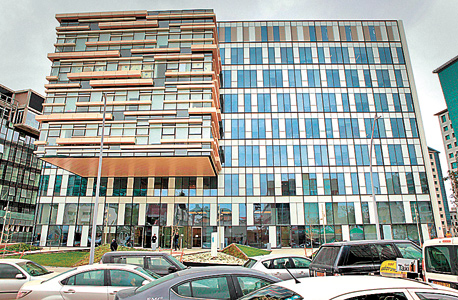 The company was founded in 2014, by Aaron Wetzler, Erez Tal, Jonathan Rimon, and Moty Kosharovsky, under the name Tipit. At the time of its sale to Apple, it employed 13 workers in Tel Aviv, a majority of whom were integrated into Apples’ office in Herzliya. The company developed photography technology, including advanced capabilities in deep learning and computer vision. Camerai’s platform allowed app and software developers to create augmented reality and image processing graphics without the need for technical knowledge or writing code. After being integrated into Apple’s cameras it made life easier for developers who wanted to include AR capabilities in their various apps. Tipit rebranded itself as Camerai in 2018. Erez Tal, one of its founders explained the name change in a Medium post.  “While many loved the name Tipit, its palindrome style flare, and roll-off the tongue catchiness, our team decided that now, looking forward to our revolutionary AR Studio launch would be the best timing to do what we have always wanted to do. Change our name to one that would reflect our nature and spirit to what we really are: An AI-driven vision, which enables cameras to understand the scene better and build AR graphics which interface with those technologies in real-time,” he wrote. Apple currently operates a major development center in Israel based on a series of local acquisitions and an intensive recruiting spree in recent years. The center, headed by Rony Friedman, is estimated to employ more than 1,500 in its offices in Herzliya and Haifa. In December 2011, Apple successfully acquired Anobit Technologies, Ltd.for $400 million. Anobit developed a chip that specializes in optimizing flash memories using unique signal processing technology. The company’s chips were integrated into Apple’s popular projects, such as the iPhone, iPad and Macbook Air, even prior to the acquisition. In 2013, Apple acquired Prime Sense Ltd. for $345 million, PrimeSense, which was famous as the company behind Microsoft’s Kinect motion-sensing system for the Xbox 360, developed a system that can translate body motion for computer games. The system, which combines both software and hardware, is based on a hardware controller that

functions as a 3-dimensional sensor, which can detect and recognize movements and facial expressions.

Apple’s other Israeli acquisitions include LinX Computational Imaging in 2015 and RealFace (formerly Pickeez) in 2017.